Another trip to Taiwan with a relatively open weekend meant that I had the opportunity to get out and do some more exploring of the tropical/industrial paradise. My colleague Mark lived here for a few years while working for different bike companies and was an active participant with the Taichung Hash House Harriers. 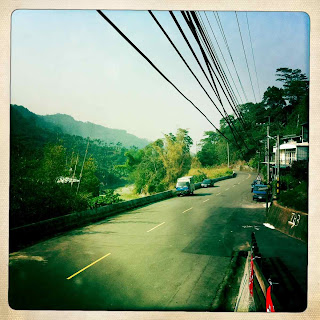 view from the park where we started
A hash run entails a course that has been predetermined and with distinct check points along the way. At the checks runners will likely come to a somewhat confusing intersection of several trails. Runners then have to then determine where the trail continues, marked with another chalk mark, shredded paper or flour, anywhere within 100 meters as the crow flies. 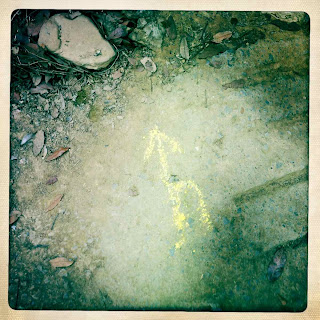 Once the trail is found again, it's the duty of those who found it to mark the direction for those following. These help serve as an equalizer, faster runners will inevitably end up spending time searching out the trail. 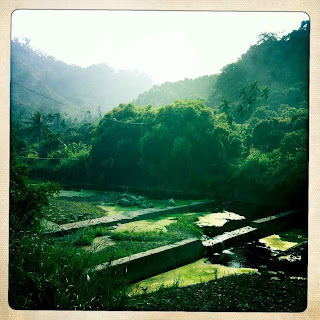 We were in the very steep, rugged foothills about 40 minutes outside of central Taichung. 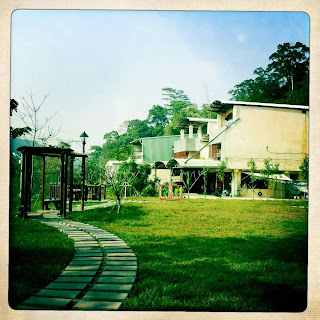 Refreshingly-clean air (for Taiwan anyway) and pleasant temps around 80° or so greeted us. 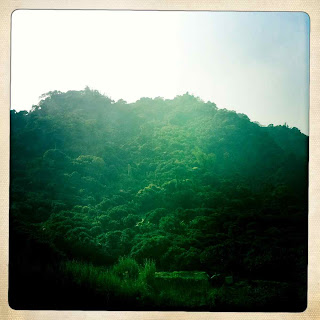 The TH3 group consisted mainly of expats from various nations, along with some Taiwanese locals and most seemed to participate in the event a few times per month. I hadn't done any running in over a month and very limited running in the past year or more, so I wasn't super eager to get out on the trail for the ≈12k run. 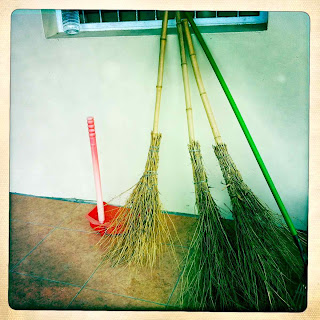 After giving the "hares", the two runners marking the trails, a twenty minute head start, we were out. Small farm roads are very narrow... 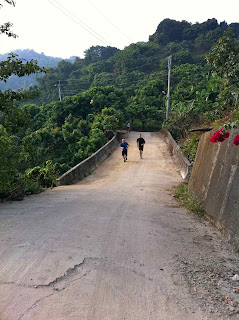 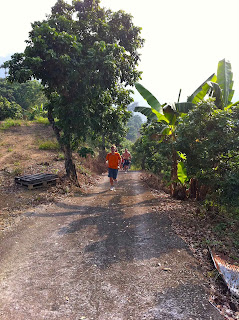 They primarily seem to serve the banana and citrus growers up in the hills. I was fascinated by seeing what was growing, bananas, citrus and bamboo... 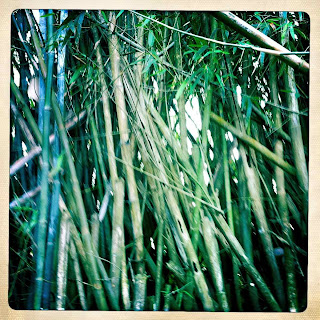 ...along with a few giant spiders hanging out in their webs: 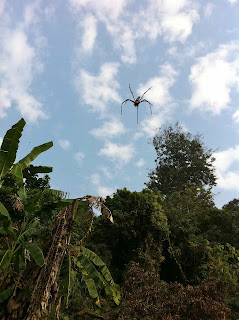 Very large (hand-sized) and similar to those we saw at the Los Angeles Natural History Museum back in October. 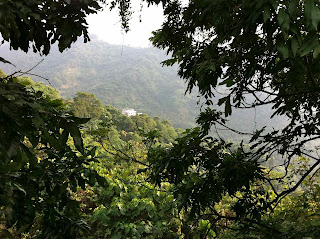 Although not *quite* in the tropics (Taichung sits at about 24° north latitude), the forests and plantations were the closest thing to the jungle I've ever experienced. 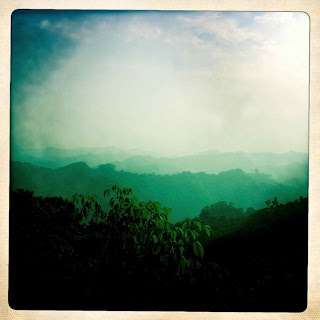 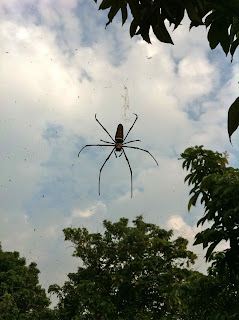 ...and even more incredibly steep roads. 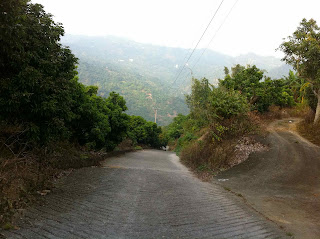 The downhills hurt much more than the ups, with my quads and balls of my feet taking the brunt of it. Trail side grave site, a great place for a rest. A very long rest: 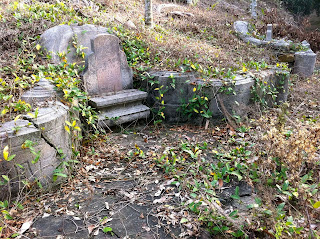 Using a rope to aid in the climb... 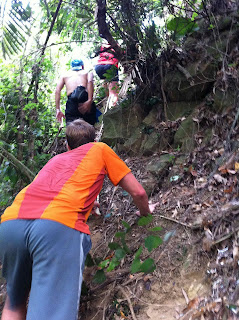 ...and yet another fat spider: 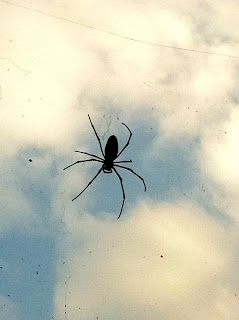 The run ended up being a very tough one. For the non-runner me at least. We saw about 750 meters of climbing, enough that I'm still slightly sore as I type this, three days after the event. But at least I didn't have to do it in a rented Superman costume. 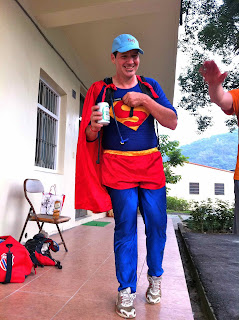 Mark's hash buddies made him wear this in honor of his 50th birthday. What started out as royal blue ended up navy after spending a couple of ours traversing the Taichung foothills. Meanwhile, I recharged with some choice recovery drinks. By this point it was 4:30 and I was consuming my first calories since an 11:00 AM Clif Bar. 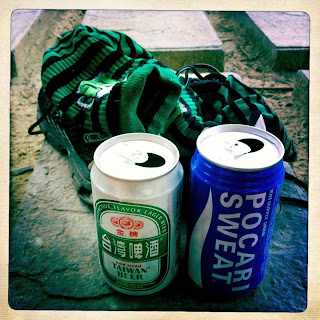