More of a happy accident field trip, as I was staying in Taiwan Taoyouan Novotel Hotel the night before. So I woke to this view: 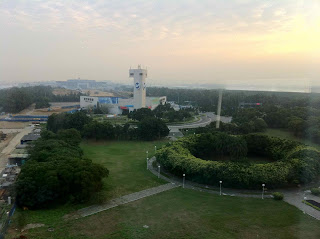 And since I am a sucker for vintage aircraft and had about an hour to kill before I had to catch the shuttle bus, I grabbed a couple of cameras to stomp around the grounds.

First to catch my eye was a North American T-28, one of the fixed wing aircraft that my dad trained on prior to piloting helicopters: 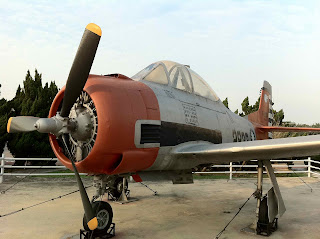 Since most of the aircraft are positioned close to one another, and with fencing keeping me from getting too close, it was hard to shoot most of these old birds without chopping off parts, like this DC-3's nose: 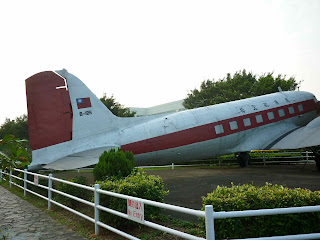 Still, the right engine still looks cool to my eyes: 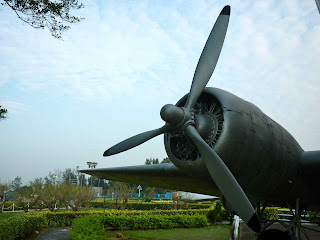 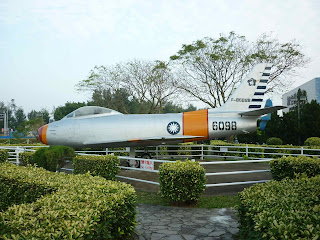 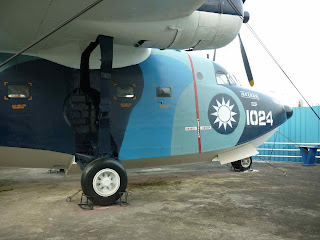 What once was the business end of a North American F-100 Super Sabre: 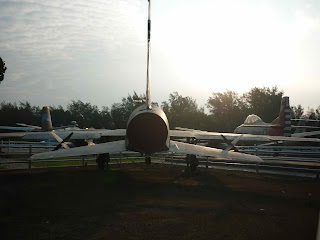 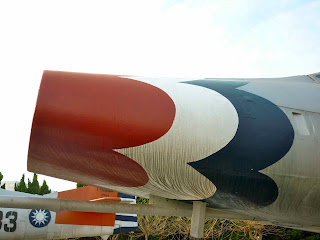 An all-time favorite of mine since childhood, a Lockheed F-104 Starfighter. I built a model of one of these when I was about ten: 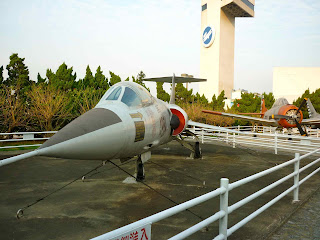 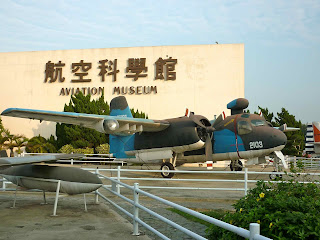 The Novotel Hotel is in the right half of the office building in the distance. Maybe I'll stay there sometime when the museum is actually open. 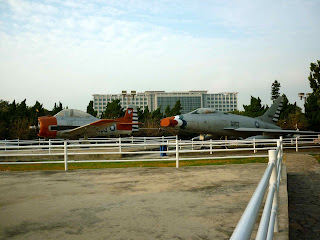