As Found In Chinese Airports

Over two days I traveled through three Chinese airports. Here is some of the more interesting stuff that caught my eye.

Shanghai Pudong Aiport Terminal 2 primarily handles domestic flights and is architecturally quite stunning. Quite expansive and with a wavy wood-planked roof gracefully supported by steel columns. 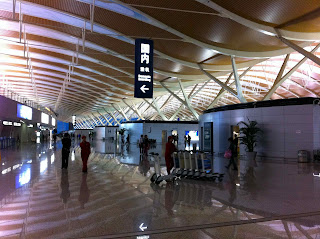 At an otherwise typical airport convenience store was this cooler... 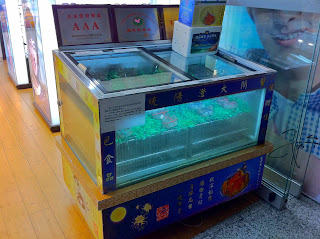 ...open it up if you'd like a chilled crab snack. 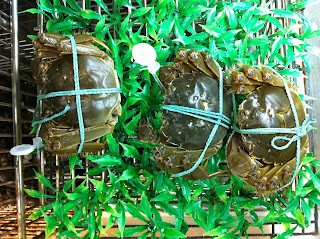 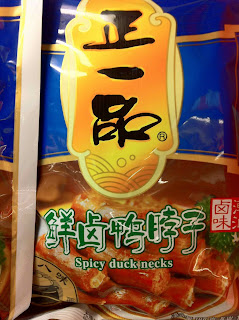 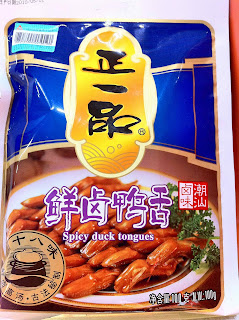 ...as well as something that wholly unpronounceable. By me at least: 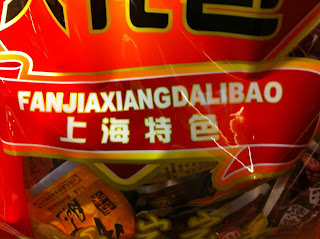 Sure is tempting. As are the rubbery chicken feet. 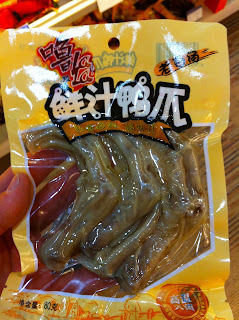 Linyi has a very modern and seemingly oversize airport. 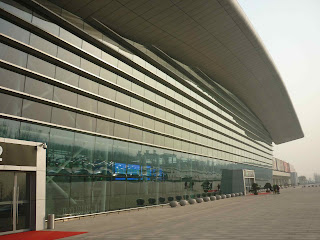 I was told that it has only been open for a week. And found, fresh on the shelves were items such as Bag o' duck: 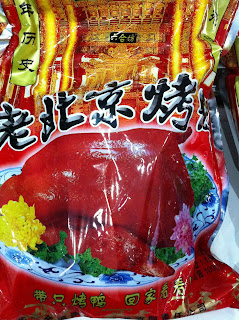 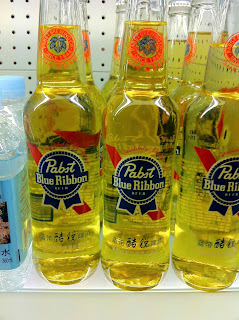 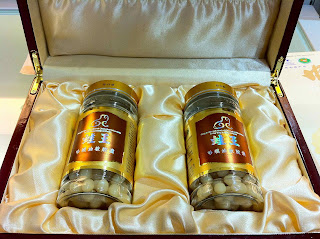 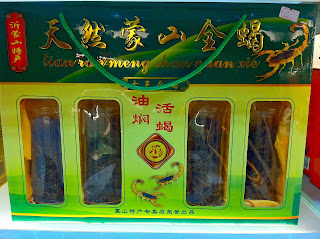 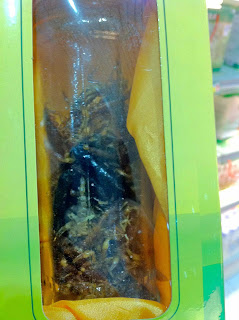 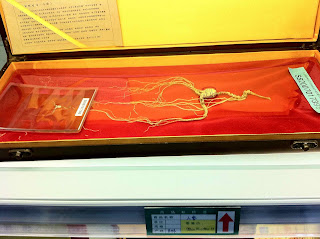 ...but at least it has a certificate of authenticity. The shopkeeper told the guy that I was traveling with that it takes over 20 years for a specimen such as this to grow and that the serial number and certificate made this a highly sought-after root. Oh, and that it cures all too. But that was nothing compared to the deer parts he was also selling. Like a ¥2320 (US $348) antler: 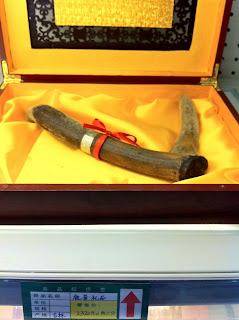 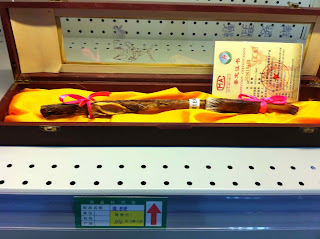 Is that a good price for deer penis? I'm sure I could have talked him down to ¥1500 if pressed.

Finally, I was able to experience the joys of pull-tab beer cans in Linyi. 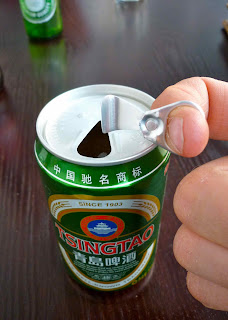 Mmm... lukewarm Chinese beer. This style of can had long been banished from the States before I was old enough to even think about drinking beer. 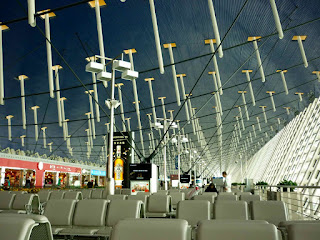 Geared more towards the international traveler, I found these wares on the shelves. Such as Pocky and Pretz in popular flavors such as duck, panda, crab, green tea, unidentifiable brown stuff and mystery fruit: 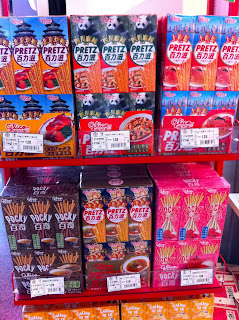 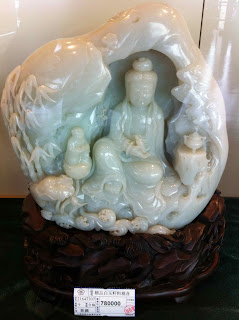 And a toy urinating dog: 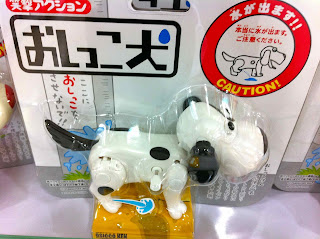 Fill it up with real pee and laugh at your friends.

At a Taipei high speed rail station 7-11, one can buy disposable nuthuggers: 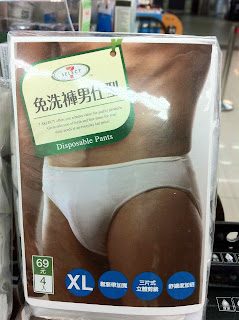 And finally, a couple of random signs: 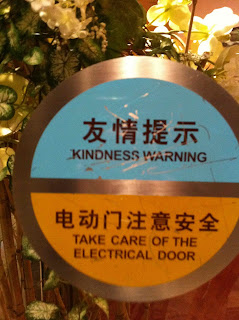 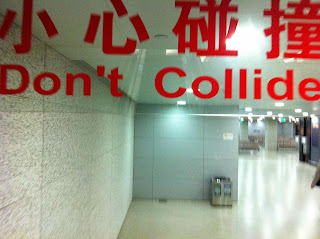