Down On The Street - Chinese Volkswagens

Volkswagens are plentiful in China and are the number one foreign brand in that market. Part of the charm of these Chinese-market VWs is that a couple of the popular models are based on very old platforms.

Volkswagen's "A2" platform debuted in 1984 and served as the underpinning for the Golf and Jetta until 1992 for most markets. Apparently Germany sent the tooling for the model to China in the early 90s for the developing market. Because of this, it's not uncommon to find Jettas on the streets of China with updated front clips and trunks. 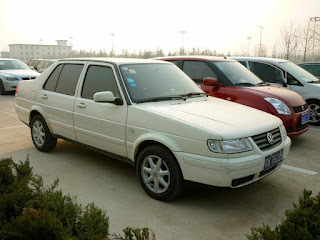 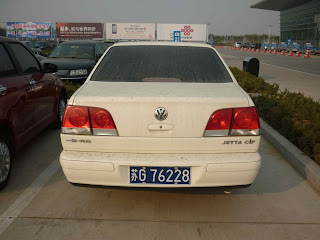 I also spotted a few Jetta taxis. This one in particular sports VW's latest corporate "face": 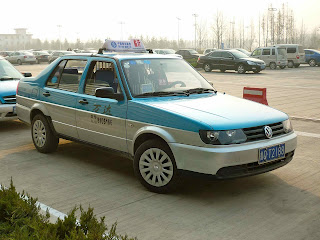 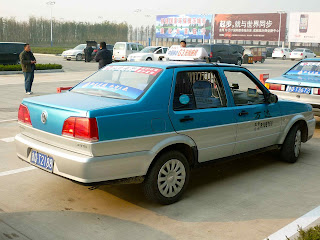 And while the continued production of a 25 year-old platform is impressive, it's not the oldest model that is still being produced in China. The Santana model is the ubiquitous taxi in China and is based on the circa-1981 "B2" platform - what America was sold as the Quantum and was later developed into the Passat. 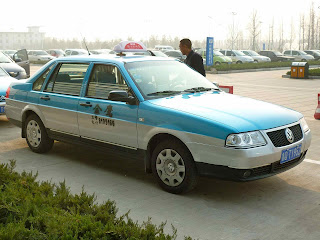 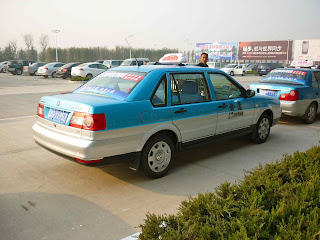 I spent an hour in one, traveling from my lovely Shanghai hotel to Pudong airport. The venerable 1.8l motor provided the same sounds and vibrations I remember from our 1991 Golf. Far from being a luxurious ride (especially considering the tobacco-stained headliner), these cars prove to be robust and dependable vehicles for the market. I'm just happy that my ride didn't end like this (especially since the rear seat belt receptacles were buried under a seat cover): 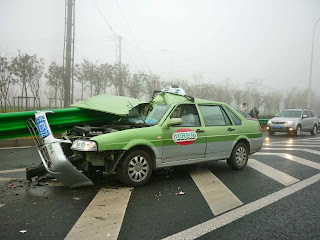 snapped just outside Pudong airport
Skewered Santana. Ouch. VW is planning on finally discontinuing production of the platform in 2012, a full 31 years after its debut. That's pretty impressive, considering most automakers keep a particular platform in production for four to six years in this day and age.
Posted by Green Laker at 3:35 AM