Last weekend we headed up to LA for a long-overdue field trip. This time we hit the Natural History Museum of Los Angeles County, located in Exhibition Park near the USC campus. 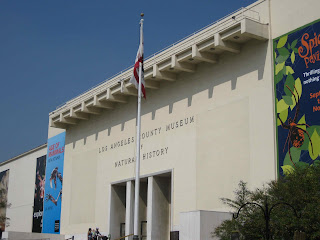 Founded in 1913 as the Museum of History, Science and Art, the art wing moved to Wilshire Blvd in the early 1960s. Overall it's similar in vein (if much smaller than) Chicago's Field Museum.

Outside is a screened in greenhouse-like structure that is generally used as a butterfly garden. However with Halloween approaching, they kicked out the butterflies and moved in giant spiders. Or maybe they just let the spiders take care of any remaining butterflies... 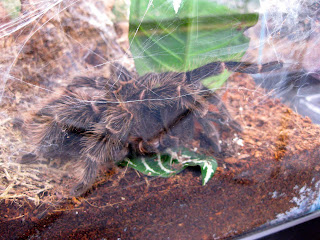 caged tarantula
Aside from some terrariums near the entrance with poisonous and dangerous spiders, the exhibit's critters were all free to roam. This particular example is from Malaysia. Hand included for perspective. 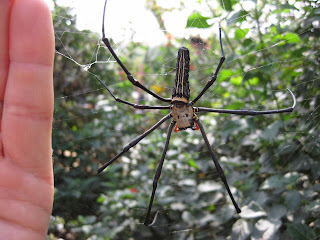 Yep, it was that large. 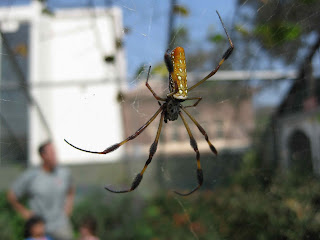 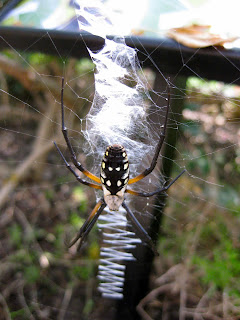 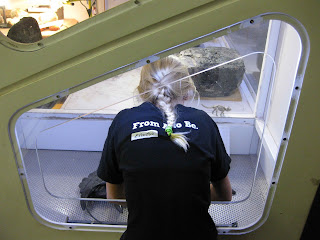 ...Celeste got to try her hand at assembling some T-Rex bones. Or bone replicas. 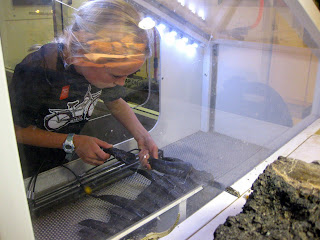 Finally she was able to put it all together. Turned out pretty good if you ask me. But I'm biased. 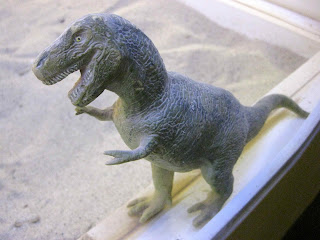 My grrrl is one who can't walk past a museum exhibit without taking in absolutely everything. 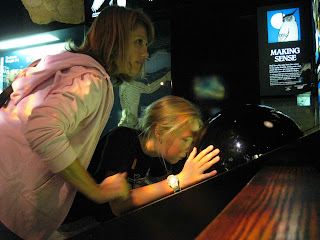 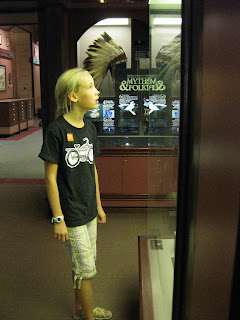 And most like the Field, the museum dedicates a fair amount of space to dioramas of dead critters, placed in natural-ish settings. 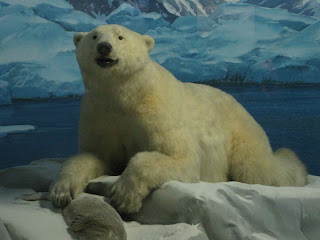 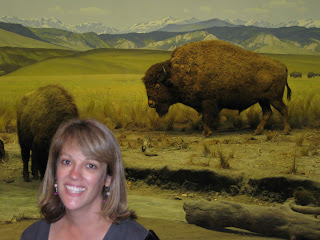 Allie sure likes bison, especially in burger form
Next up was the new Age of Mammals exhibit, located in the museum's original 1913 building. 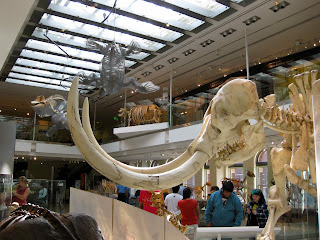 A very impressive exhibit talking about 65 million years of evolution. And they had another Juno. 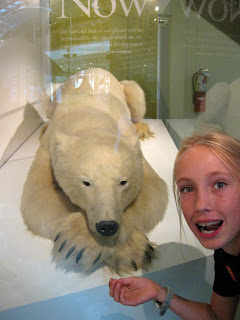 After that we checked out a bug zoo. Here's the grrl examining some beetles. 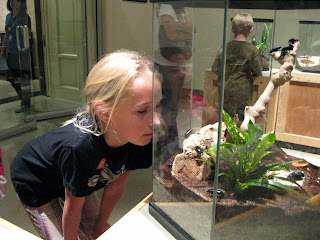 A few more wings were examined before making the drive back home. Another good day.
Posted by Green Laker at 6:28 AM