As I posted close to two months ago, I am the proud owner of a new Cervélo R3 road bike. It's far more road bike than I could ever exploit - even if I had 10x my current talent and strength. Back in March I was just the owner of a frameset and a box of parts. Parts which I ended up selling off on eBay in order to finance some nicer bits to hang from the svelte carbon tubes.

Those nicer bits *finally* arrived last week after a 5 week wait. But I'm not complaining - after healing from the crash that took out Plastic Bike Mark I and a ten day stint in Taiwan, my cyclocross bike has been a fair substitute in the interm. 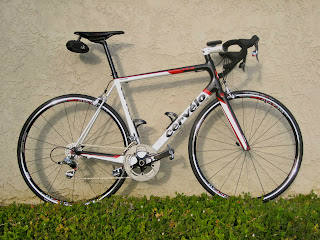 Here she is all built up. Quite a dream bike. 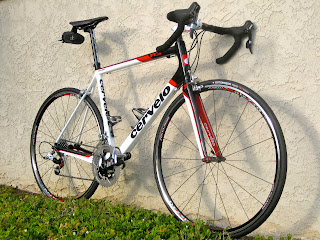 It's only had one brief shake-down run, commuting home from work on Tuesday night. Three minutes into the ride I received my first compliment from a fellow rider.

I had fully planned on taking the long way in to work on Wednesday, but nature decided to literally rain on my parade. And though I am not opposed to getting wet during a ride, the bike is just too darn perfect right now to subject every moving part to a bath of rainwater and road spray. 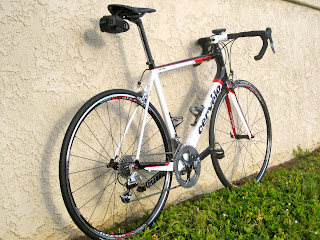 And plain morning spaciness kept me from taking it out for a lunch ride as I ended up leaving my helmet at home. 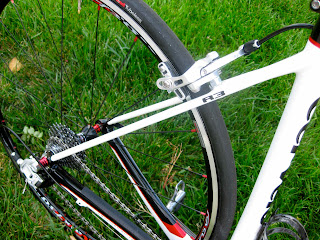 A big thank you to my friends Jason and Don with help on some of the parts. Thanks to Josh for finishing up the build and getting it perfectly dialed in. 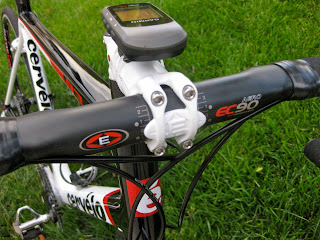 And a special thanks to Allie for putting up with my indulgences from time to time. You're the best.
Posted by Green Laker at 8:59 PM

That's a big, steaming pile of meh you got right there! ;-)

I was waiting for the unofficial Trek response. Thanks KVH.

I couldn't help myself. Sorry.