One last day in the L.A. area - time for a visit to Jay Leno's "Big Dog Garage". It's not open to the public, but I've been friends with one of the guys who works at the shop since the Schwinn Boulder days. Both Jay and my friend John have Schwinns and Electras. I had previously toured the museum-like garage twice, however Allie had never seen the place but had heard this car dork rave about it in the past.

Photos are no longer allowed at the shop. I have some that I took back in 2005, but promised not to post. However, the following pix have already been published on teh innernets, so they're fair game as far as I am concerned..

Spread among five immaculate wood-beamed warehouse-like rooms, all cars are stored in a ready-to-drive state. 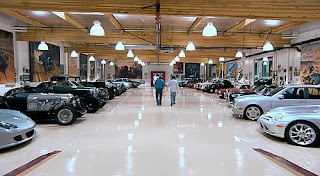 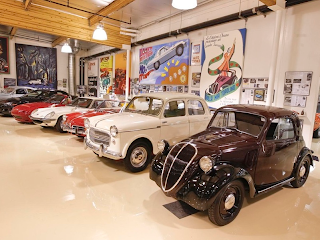 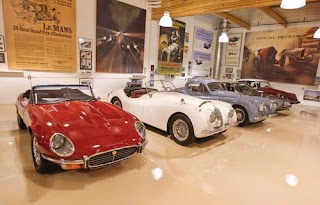 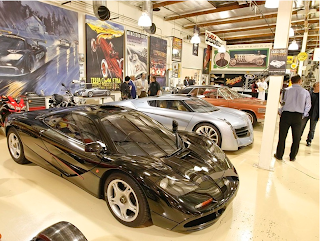 Handmade art decorates the walls. Most are reproductions of vintage advertisements, promotional posters or catalog shots. 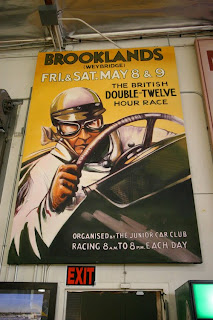 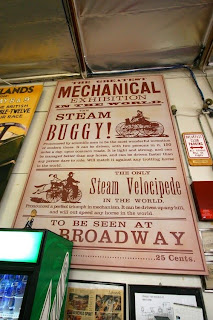 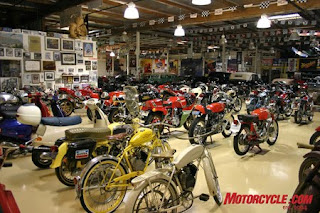 From the earliest days to the latest high-tech, high-speed offerings. 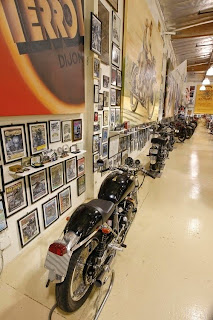 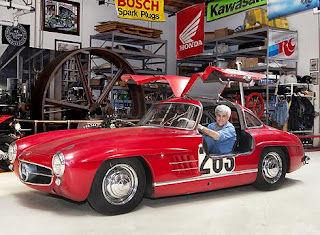 The garage even has a full gourmet kitchen, courtesy of General Electric. 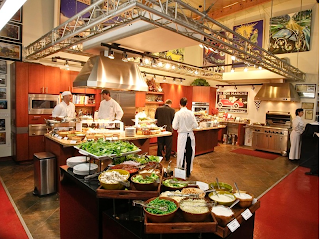 Just across from the kitchen is one of the most impressive auto repair and restoration shops I've ever seen. Water-jet cutter, CNC machines, rapid prototyping "3D printer", a dynamometer and of course paint booth, numerous lifts and extremely talented craftsmen. Everything an A-1 restoration shop would have.

But the most-spectacular room is the Duesenberg & Bugatti room. In this room you'll find the cars that Allie was most impressed with, especially the 1931 Murphy Beverly. Got ten minutes to spare? Play the video below.

The history of some of these cars is amazing. After these ostentatious beasts time had passed, many were essentially cast off. One had even been used as a tow truck/pusher at a gas station in it's later years.

After spending about two hours at the garage-mahal, Celeste had become very bored and impatient, so back in the car, passing this creepy sign that I was only able to get an unframed shot of as we drove past. 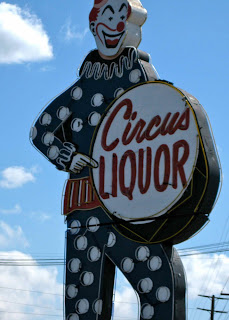 just glad it didn't say "Clown Liquors", 'cuz that's about the only thing that'd make it creepier
And off to Sunset to take a quick look at world-famous Amoeba Records. Hundreds of thousands of CDs, vinyl and (gasp) even a few hundred cassette tapes for sale. 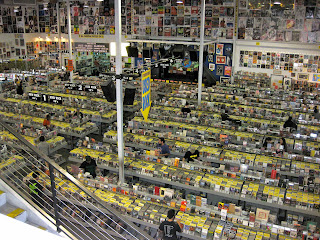 I must return when I can spend a few hours browsing through all of the bins. Note that this image only captures about 40% of their inventory. They even had a pretty kick-ass Werner Herzog tribute shirt (knocking off the classic Danzig logo for those of you never-punks over 45 years of age). 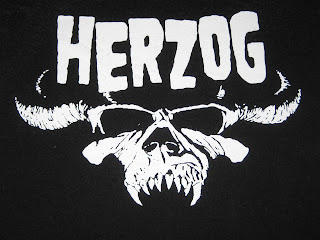 But I couldn't justify the $25 price tag.

After the Amoeba visit we pointed Klaus back south for the 90 minute journey back home and to spring Juno from the kennel.

This is a good read i have done today so far, I am delighted to came across it. I'll be back again to check out other posts as well. GarageDoorsRepairWoodlandHillsCA

I impressed by the quality of information on this amazing site. There are a whole lot of good resources here. I am sure my spouse and i will visit this place again soon.