Wednesday morning we woke up in our Glendale hotel. With Pasadena sitting pretty just east of us, we decided to drive around and check out the city.

We drove by the beautiful and famous Gamble House (too early in the day for a tour - next time): 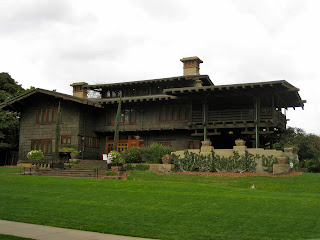 Also admired the fantastic architecture of the city. Cool downtown too. We had to see the iconic Rose Bowl as well: 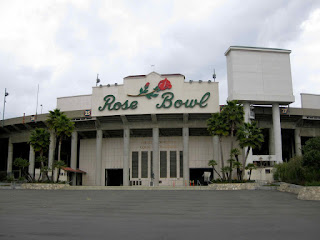 And the beautiful if morbid Colorado Street Bridge (aka "Suicide Bridge", c. 1913): 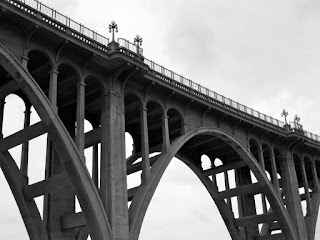 After a quick lunch we scooted over to Burbank to take in a tour of the Warner Brothers studio. 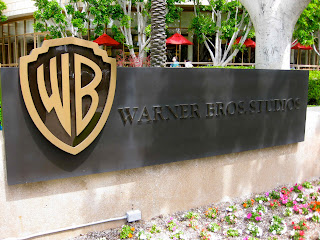 Riding around in an electric cart (basically a stretch golf cart that seats fifteen plus the driver), we saw some of the various lots. This one was built about five years ago and, while looking like a typical American suburban neighborhood, each "house" actually holds offices. 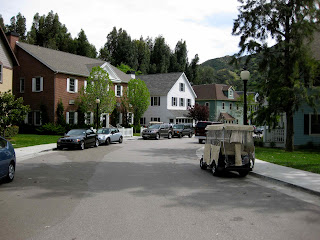 Happy to see a cart with this, apparently they're working on a show based on a fantastic Twitter feed: 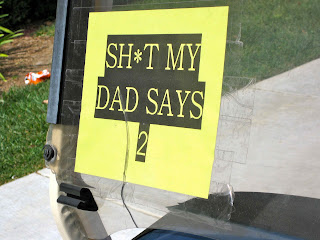 Most of the older homes, which don't feature interior offices, have two to three "fronts". Here's the backside of one such home. 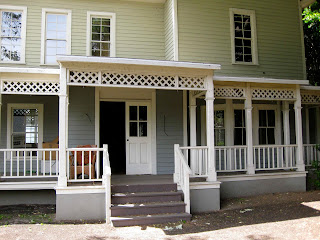 This facade was the home of one of the characters in Gilmore Girls, a favorite show of Allie's. Rewind 30 years and it was the home of Boss Hogg from The Dukes of Hazzard. Apparently it was a screened-in porch at that time.

Just a few steps away from these 1940s-era homes is a small city, used as Stars Hollow in Gilmore Girls, as well as Hazzard, KY from The Dukes. It's quite obvious that no Gilmore Girls fan grew up watching the Dukes, just as no Dukes fan watched Gilmore Girls. 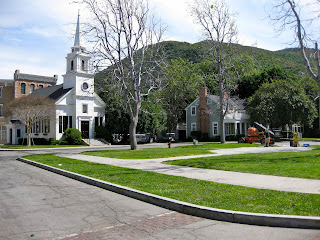 We drove through a bunch of the sound stages... 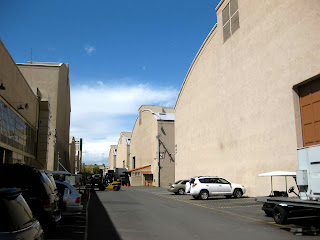 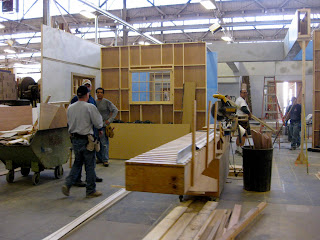 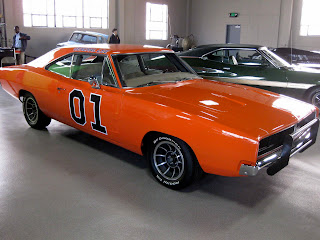 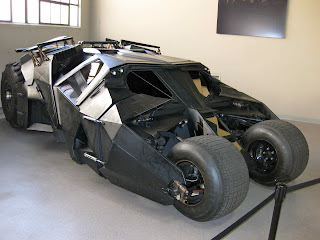 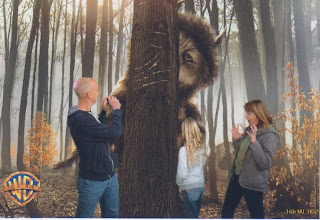 Naturally Celeste is saying hi to the monster from Where The Wild Things are while I'm snapping a pic. The studio lights reflect quite nicely off my grossly-misshapen and bald ass head.

Next up was the props department. There we found the "Central Perk" coffee shop set from Friends (blech) set up: 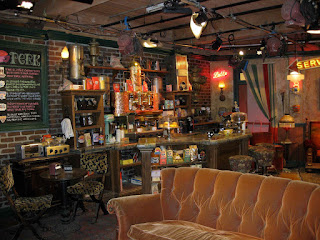 Allie liked that show as well, I'll go on record as calling it one of the worst shows of the 90s. The guide then walked us through a couple of sets from NBC's Chuck (a show I had no idea existed prior to the tour). All ready to go, just add actors and cameras. Pretty fascinating how they set up the apartment courtyard. Lights above replicate the sun or moon and can change position based on the time of day that they're trying to emulate.

A quick stop in the museum where we saw some apparently-famous costumes as well as a small set from The Corpse Bride all set up. Celeste really enjoyed that, sadly no photos were allowed. 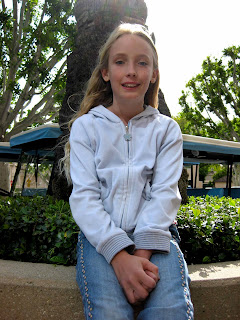 All in all, yet another good day.
Posted by Green Laker at 7:18 PM