Down on the Street - Neighborhood Edition

One of the interesting cars in the neighborhood is sitting less than fifty feet from me as I write this post. So why hasn't it been featured yet? Because my next-door neighbor has it tucked safely in his garage 99% of the time. But last week I was fortunate to catch it as it was driven out for a little "keep it running" kind of a cruise. 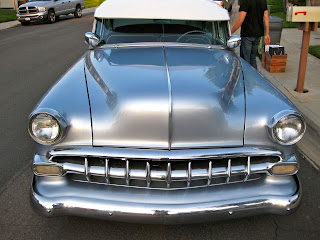 Restored and lightly customized, she's a '54 Chevrolet coupe; a fitting ride for "The Rockabilly Preacher". 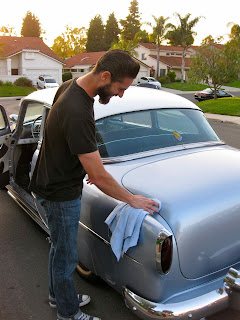 Once she was warmed up, we hit the road for a quick cruise. 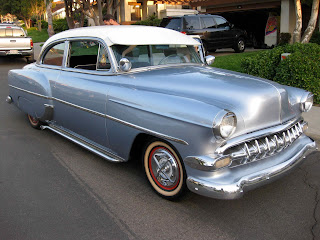 1955 would be the first year you could get your new Chevy optioned with a small block V8, this hunk of Detroit iron is powered by the Blue Flame six mated to a two-speed Powerglide transmission.... 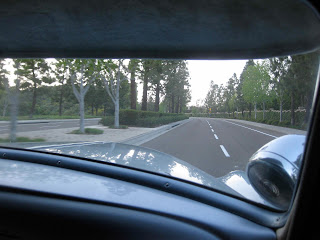 ...which is all you really need for around-town rides. He bought it from a couple in Arizona who did the restoration. The body is very straight while the interior is covered in sweet, dark blue velour. 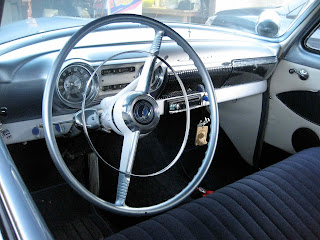 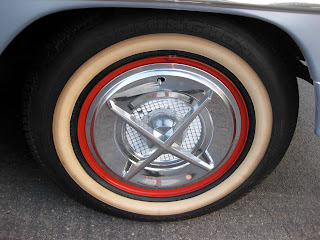 ...but they had to be popped off in order to top up the PSI. Nice touch on the red wheels. 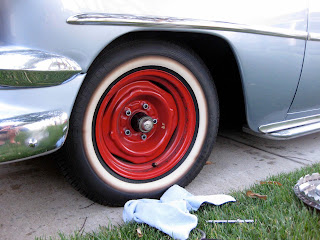 While a 1950s Detroit car isn't on my list of cars I'll own some day (even though I sort of have a soft spot for 1959 Buick wagons), I so appreciate seeing cars like this putt around the streets of San Diego County.
Posted by Green Laker at 5:29 AM

Email ThisBlogThis!Share to TwitterShare to FacebookShare to Pinterest
Labels: 1954 Chevrolet, Carlsbad, Down on the Street