Spring Break: At The Abandoned Zü

Ah, spring break. We wanted Celeste to see a bit more than just the neighborhood and the local Target/Trader Joe's/Stater Bros during her time off, so we made plans to go camping out at Joshua Tree National Park.

I rooted around in the attic, gathering the tent, sleeping bags, camp stove and all of our other gear with plans to head out to the desert for three days and two nights. Allie went so far as to buy all the food that we'd need for eating a bunch of meals outdoors. However, it was not to be. With high winds (35-40 MPH) and cold nights (temps in the upper 30s) predicted, we changed plans at the last minute. So I hucked all the camping gear back up in the attic and we re-packed our clothes to head up north to explore the LA area for a few days.

A few clicks on Hotwire.com and we had a nice room booked at the Glendale Hilton. But before we checked in, we hit L.A.'s Griffith Park to explore the old and abandoned Los Angeles Zoo.

Construction started in 1912 and the facility was located here until they moved to a larger, flatter and more accessible plot a couple of miles north. Read more from the sign below: 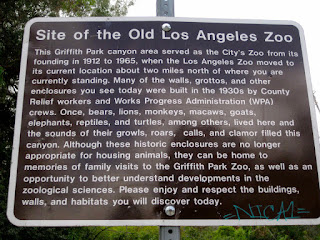 Now brace yourself for an onslaught of pix of a caged grrrl. 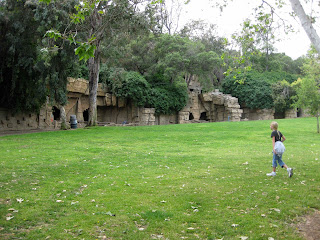 There were a few distinct sections of the zoo. Although I am not certain, I'm quite sure that this area with the fake rock (that Allie's dubbed Zoo Rock®) was built later - possibly in the 1930s. Now you can picnic where the animals once lived. 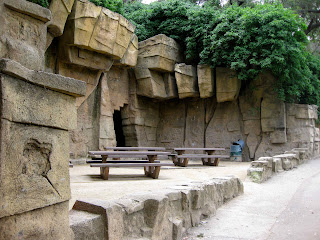 As well as peer up some of the staircases that lead to smaller enclosures. 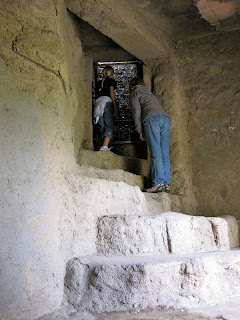 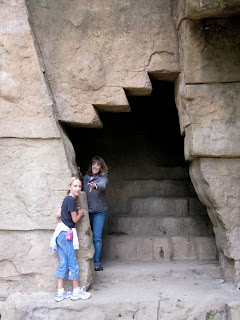 Fortunately some enterprising young vandals removed some of the fencing, allowing us to better-explore the bowels of the old zoo. First we scrambled up the steep staircase, doing our best to avoid the glass from discarded beer bottles. 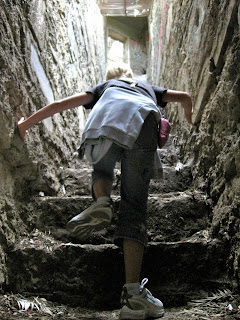 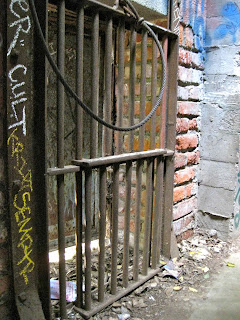 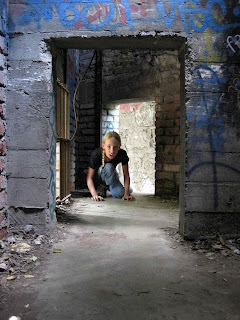 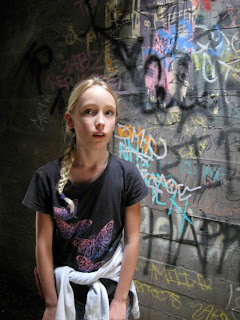 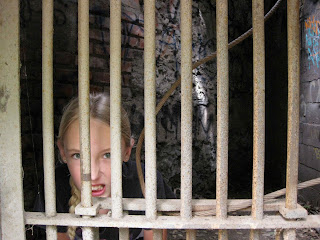 The fencing around the upper sections was also compromised, much better than trying to go back down the stairs. 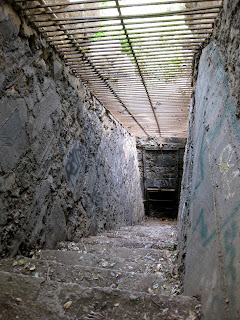 Up top we found an old building, complete with even more cages to climb in. 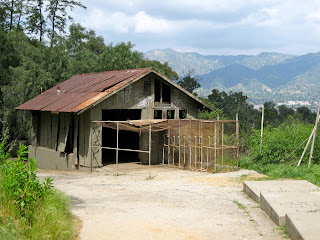 I think Celeste is acting as if she's a bird here. 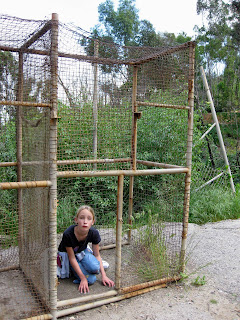 Nice view of Glendale and the surrounding mountains from this vantage. 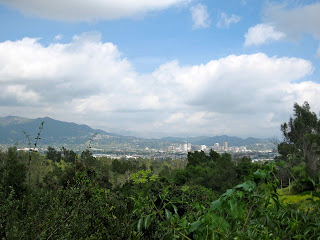 I loves me some rusty hardware. Fine patina! 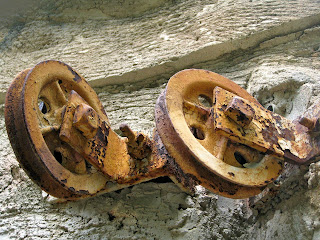 It's quite amazing how small the cages were. I hope (but don't believe) that only small animals were caged here. 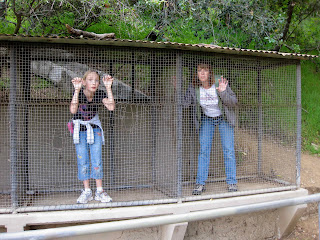 This bank of cages seemed older than the others. Possibly the original part of the zoo? 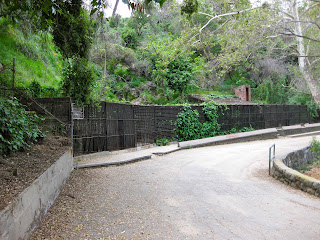 Only a couple of these cages were not welded shut. Which is fine as most had running and/or standing water and algae in them. My grrrl would have ended up soaked. 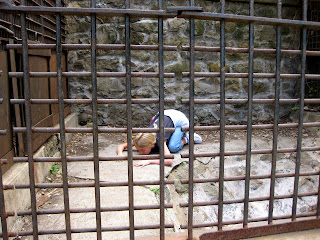 We followed a small ravine up to a diminutive waterfall. 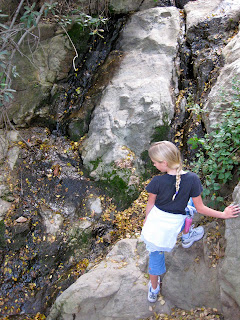 Then back down to the zoo for one more look around. 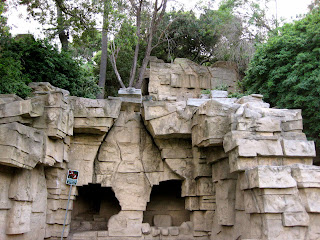 Overall I highly recommend the old zoo as a great place for a budding urban explorer to crawl around and get nice and dirty.
Posted by Green Laker at 8:36 PM