Down on the Mount Prospect Driveway, September 1964 Edition 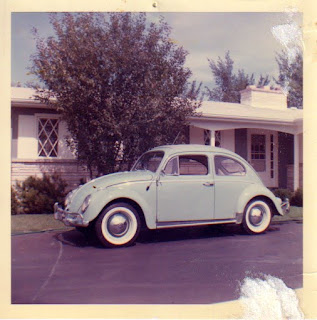 My dad gave me some photos of his 1958 VW Beetle a few years ago. After residing in an end table in their Homewood, IL home for years, they had become stuck to one adjacent photos and sadly ended up a little worse for wear.

But worse for wear is not how I'd describe his then six year-old Beetle. 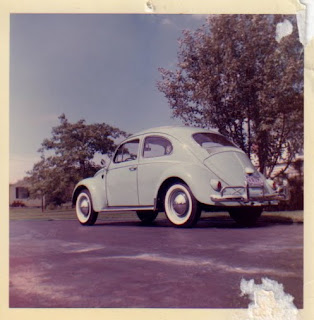 Still looking good sitting in his parent's Mount Prospect, IL driveway, even after a seeing a half a dozen Midwestern winters. It's hard to tell from the pic, but this little Käfer sported a folding canvas sunroof, which must have been great for his road trip out to the 1964 New York World's Fair. I wish he would have held on to this one.
Posted by Green Laker at 7:41 AM

Email ThisBlogThis!Share to TwitterShare to FacebookShare to Pinterest
Labels: beetle, Down on the Street, Olde Tyme Pictures, VW

What a great blog! It's a pity that i can't find your rrs address. If you can offer rrs subscription service, i can track your blog easier!
By Jordans 7