Today was back to work for me. Feeling refreshed after a fun weekend exploring Taipei, I was picked up by two fine employees of Electra's trading agent and headed for a journey down south to Taichung.

Taichung (literally translated as "Central Taiwan") sits about 100 miles south of Taipei, but it's a 2.5 - 3 hour drive. So we did what most Taiwanese do, took Taiwan's excellent High Speed Rail. 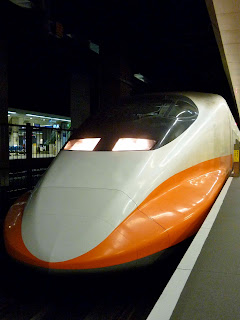 In operation since 2007, the THSR is a thoroughly modern rail network that runs through Taiwan's populous western corridor at speeds up to 300 kph. Inside the cars feel like the airiest airline cabin you've ever been in... 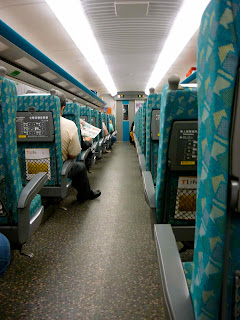 ...except that it's quieter and has linoleum floors.

In Taichung we were picked up by engineer Tony in his micro Suzuki Solio. 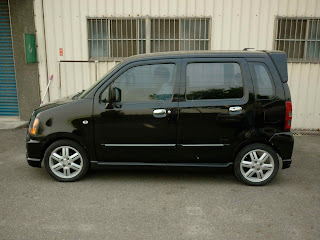 This car makes boxy counterparts such as the Nissan Cube and original Scion xB seem gargantuan in relation. Sitting shotgun my knees became intimately familiar with the Suzuki's dashboard.

Off we drove with a few factory visits scheduled.

Since my first trip here back a year and a half ago, I've been intrigued by the old bicycle inner tubes or random rubber strips that truckers dangle just before their wheels. 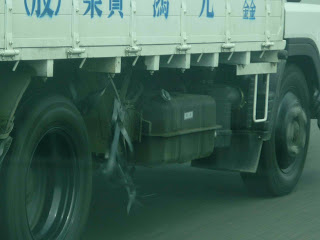 A cheap and easy way to keep their tires clean and shiny. Maybe I'll bust out the drill and some sheet metal screws on Klaus when I'm back in the US.

During our travels, we saw a lot of the following: 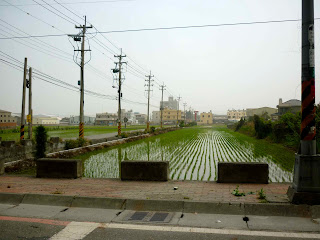 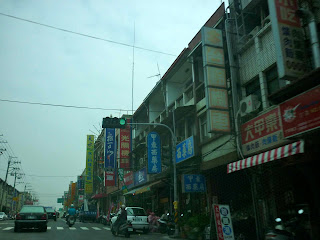 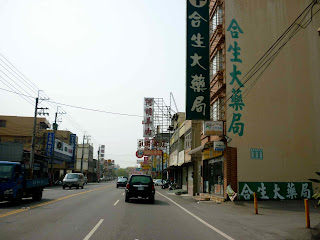 Hit the large saddle factory in Dajia for a quick visit and tour. Interesting how many steps are involved in creating something as seemingly simple as a bicycle saddle. 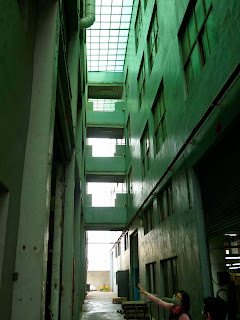 No pix allowed of the production lines.

Just down the road and up the hill from the saddle vendor is a good little restaurant. 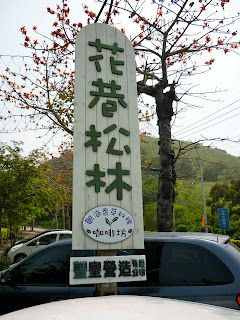 I've been here twice prior. English translation on the menu, some Westernized food (spaghetti with seafood. Ahh, tomato sauce - how I've missed you) and an English menu as the place is frequented by other bike industry goofballs. 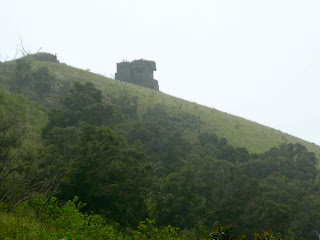 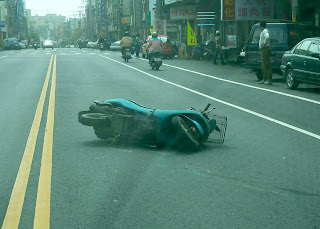 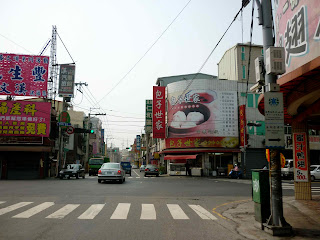 ...and we found ourselves at the bell vendor. 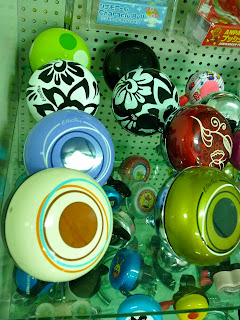 I had also been here before and took some pix and video, this time I asked the big boss if it was okay for me to publish these on the web. He gave me the green light so here goes.

It's an older factory, but well-ventilated and well-lit. Definitely not modern, but it's plenty clean for a facility that's punching sheet metal and assembling bells and low-price locks. 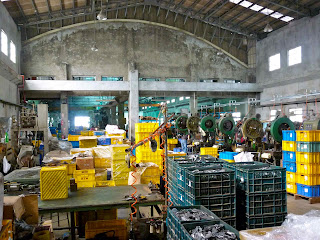 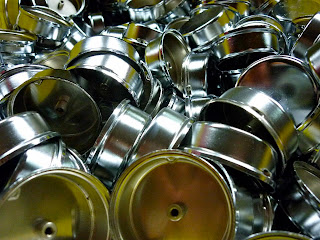 domes awaiting a run down the assembly line
Watched some domes for Electra's Ding Dong bells get punched out of sheet metal:


Spool of scrap metal, destined to be melted down for a fresh sheet of steel. 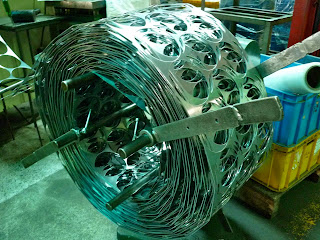 The vendor tests bells to 30,000 cycles. Surprisingly two employees share an office with this machine.


Just imagine having to listen to that for eight hours straight. 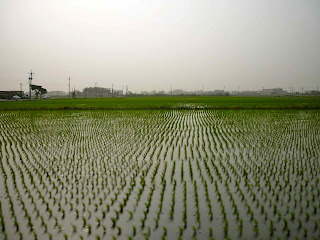 And a little of this, painted on the side of a repair shop. I *think* that's supposed to be a bike... 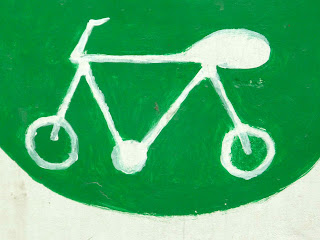 ...and we arrived at a printer warehouse. Nothing to see there, trust me. Aside from the two little pups that the manager's son found as strays a couple of days prior. 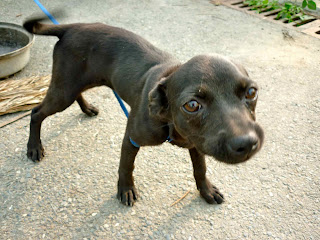 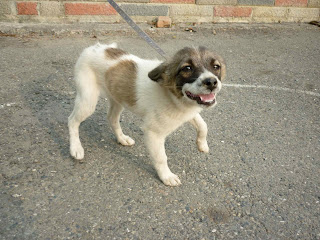 I instructed the manager to put these both in an Electra-bound container.

We headed back north, another pleasant trip on the HSR.

A fine dinner at a Japanese restaurant was had, and I walked back to Taipei's electronics district to pick up a few more LED bulbs. 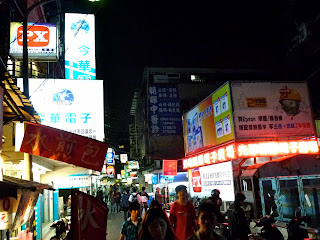 After researching online last night, I realized I needed a few more different types for my project. Four dollar ($130 NT) cab ride back to the hotel, all while the driver watched live TV from his dashboard. 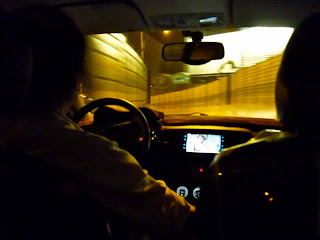 Ready for one last full day on the island.
Posted by Green Laker at 5:44 AM

Great updates. Interesting to see everything. I wanted to mute the sound after 16 seconds of that I cant imagine 8 hours. It would be like a 3 year old in the store ringing bells endlessly while the parents stared at the kid like "AHHH how cute"