Celeste took her seventh (we think) trip to LegoLand yesterday. 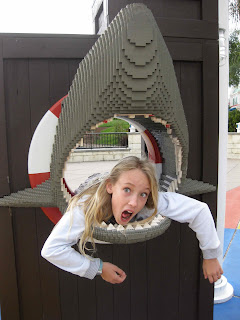 We had a pair of free passes set to expire at the end of March, and having gone last year in March, we expected the park would be nice and quiet. 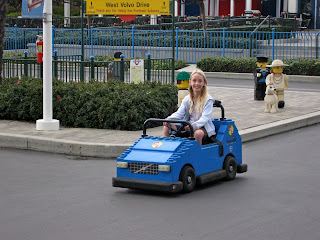 And that it certainly was. Celeste was one of the first kids in the park that day and made a bee-line for the Volvo Driving School. There's usually a fair-sized line for this feature, which lets kids plod along in Lego-y electric cars on a semblance of city streets at a blistering 2 MPH.

Overall, she's no thrill-seeker. There's no way to get her on even the mildest of roller coasters. 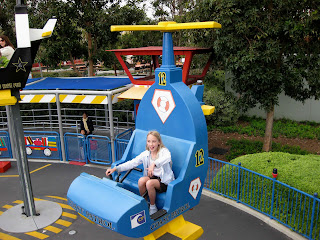 Which is fine by me. Big slides are pretty cool to her though. 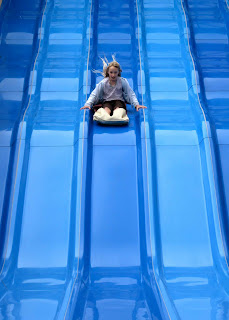 And it's virtually impossible to keep her from water features. 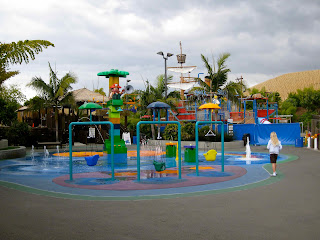 see, I told you it was empty
The mound of dirt on the right side of the shot is from the excavation of the forthcoming water park that is set to open at LegoLand in June.

As usual, we had a blast. Watched some Lego cars race at the Daytona speedway... 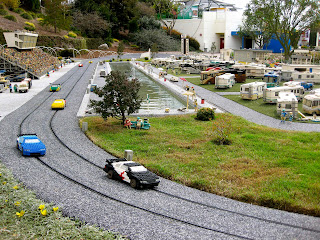 Checked out a Lego model of a Lego factory... 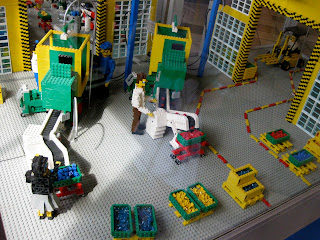 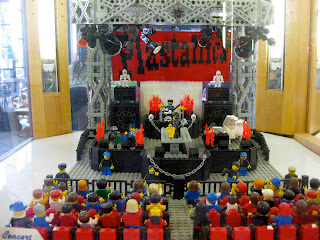 And took in some rides.

While eating lunch we spied some decidedly non Lego-looking toys on display. 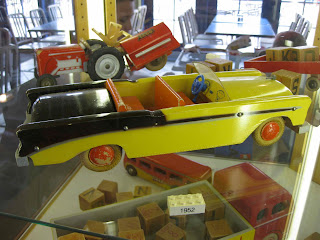 Little did I know that Lego built "conventional" toys prior to developing the eponymous building blocks in 1958. Check out the Lego hood emblem... 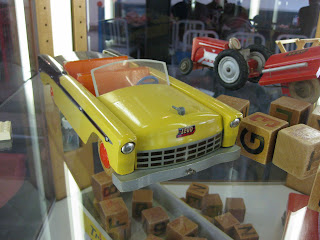 ...and the LEGO molded into the side of this tractor: 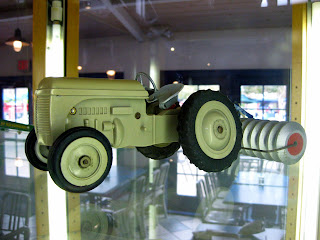 Even this service station is a Lego toy. 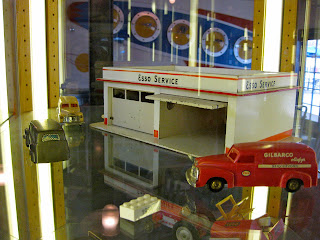 After lunch we hit the Lego Clubhouse to buy some bricks. 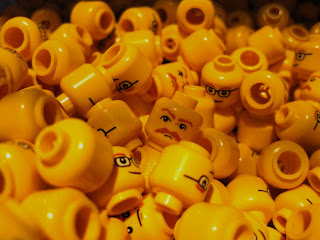 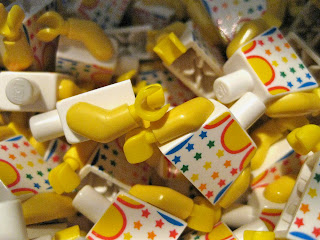 "Drove" a safari truck through a Lego Africa... 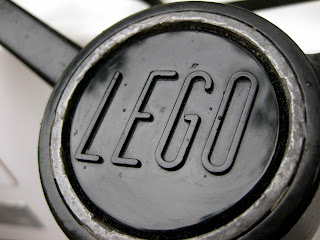 ...and then headed out for some frozen yogurt. 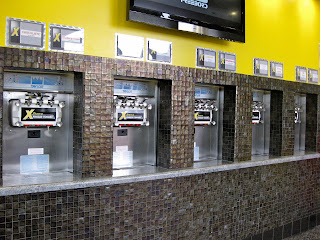 A good (and tasty) Saturday well-spent. 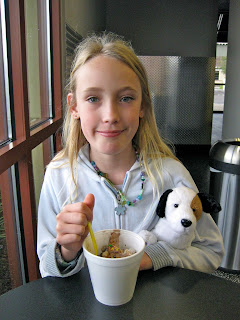