Another Sunday, another field trip. This time we pointed Klaus the EuroVan north to LA to check out the La Brea Tar Pits and the Petersen Auto Museum.

I'll start out by stating that this post is brief as I leave for a four day trip to NYC early tomorrow and I still need to pack and am tired. I'll post more photos and boring drivel (aka "copy") within the next week or so. 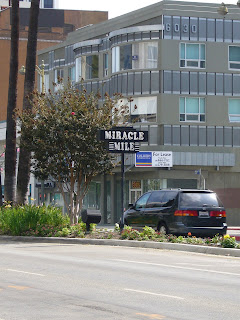 The museums are within a few blocks of each other, on LA's Wilshire Blvd, the "Miracle Mile". Made for a convenient day as we just had to pay $6 to park the van once. There are a number of other museums on the strip, so we're likely to revisit sometime in the future.

First up was the La Brea Tar Pits and George C. Page Museum. The museum and tar pits are on the grounds of LA's Hancock Park. 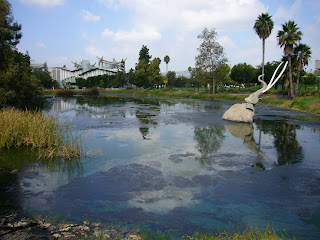 Above is a photo of a pond on the grounds, the area had a large amount of oil removed during the teens through twenties. This lake was a pit that filled with water after the extraction. Large, smelly oil slicks cover the lake - naturally. 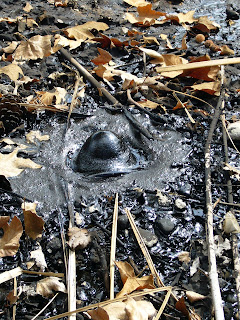 Tar, or "asphalt" as they called it, is still bubbling up from the surface on the grounds. This is a bubble of methane. 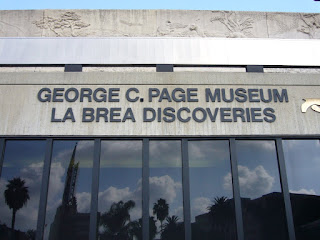 Exterior of the museum, interior pix and info will come later...

After a picnic lunch in Klaus (why eat outside when you have a living room on wheels?), we walked down to the Petersen Auto Museum. Robert E. Petersen was a magazine publisher who brought the world such titles as Motor Trend, Hot Rod & Rod & Custom. The museum opened in LA in 1994 and is the nation's premier auto museum. Fitting for the epicenter of car culture. 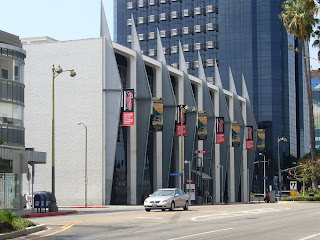 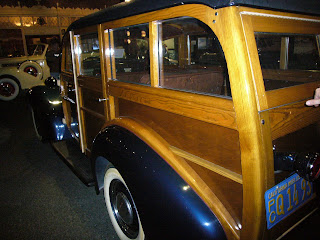 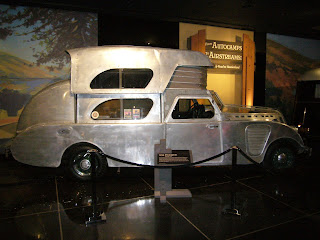 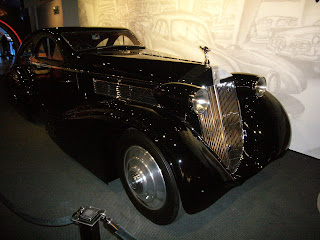 After the Petersen museum, we headed up to Laurel Canyon, Mulholland Drive, then Sunset Blvd through Beverly Hills. We joined one of my old Schwinn Boulder friends for dinner in Irvine. All in all, another great day.
Posted by Green Laker at 8:50 PM

That Thompson is totally bitchin'.