After we did our tidepooling at Cabrillo National Monument, we drove up the hill to the visitor's center, lighthouse and historic military sites. 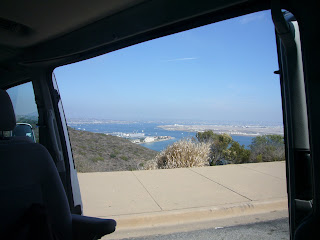 Klaus the van was our dining room on wheels. Nice view of the harbor! 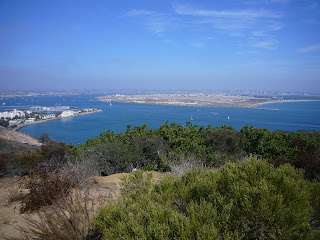 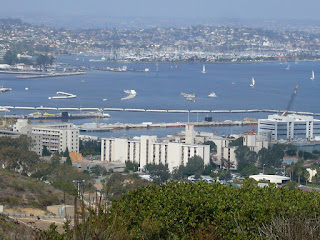 Can you spot the two submarines in this pic? 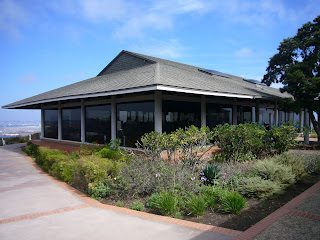 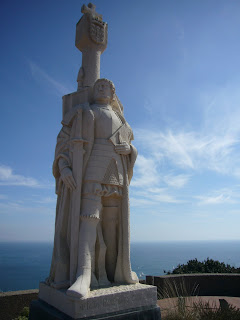 Statue of Cabrillo, donated by the Portugese government and delviered by its navy, 1988
We checked out the museum, learning the history of the area and Cabrillo's arrival. As I mentioned in part I, Point Loma has been an important strategic point for San Diego.

Between 1918 and 1943, the Army built searchlight bunkers, fire control stations and gun batteries. The largest guns were located just west of the park entrance, where two 16-inch guns could fire 2,300-pound shells nearly 30 miles out to sea. The militay also painted the Old Point Loma Lighthouse olive green and used it as a command post and radio station. 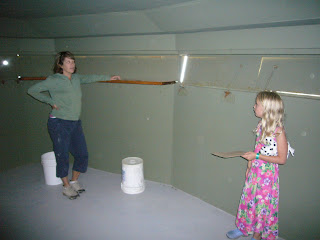 Celeste and Allie inside a coastal artillery control station 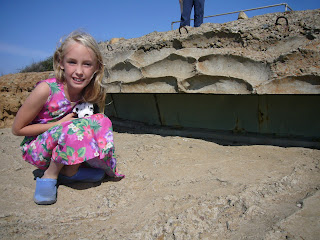 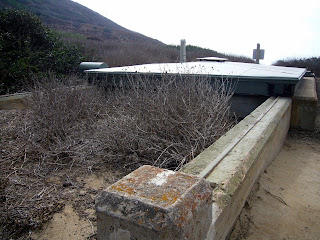 Old military thing, not sure what it is/was. Pearl Station perhaps?

Point Loma has a couple of lighthouses, with the Old Point Loma Lighthouse (1855) restored and open to the public. 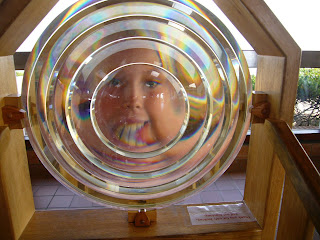 Celeste checking out a fresnel lens in the museum 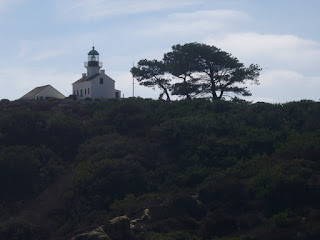 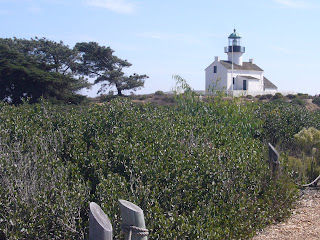 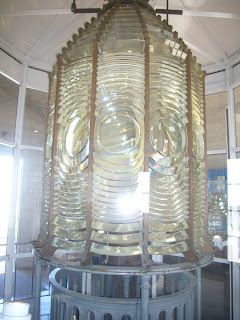 Original lamp, now residing in what was the assitant's house 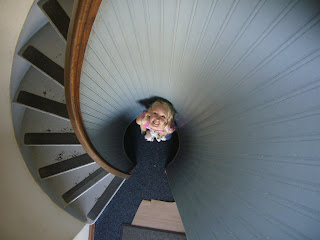 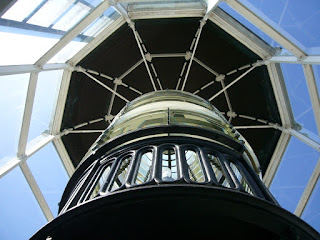 Old Point Loma Lighthouse was in service from 1855 until 1891. While the lighthouse's location seems ideal, 422' above sea level, fog and low clouds often obscured the light. The next lighthouse was built much closer to the water and is located on what is now a Coast Guard station and sadly not open to the public. The old lighthouse was faithfully restored to it's 1855 appearance a few years ago and is decorated in period furnishings.

All in all, another great day exploring our new area.
Posted by Green Laker at 8:50 PM

I thought Id post my write up on the history of the Cabrillo National Monument in San Diego check it out.