After a decent night's sleep (minus the kicking eight year old next to me), we checked out of the Angel Fire Resort and went in search for food. A freshly painted 1970s VW T2 Bus parked in front of Our Place Cafe beckoned us. Well, it beckoned me anyway. 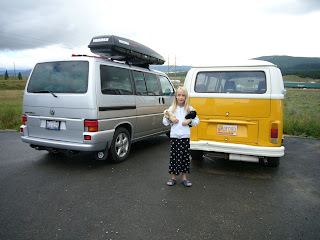 Klaus, meet your uncle...
Celeste was overjoyed by the abundance of dog stuffed animals at most tables. After feeling gyped that our table didn't have a dog, a kind woman brought this boxer over to us. 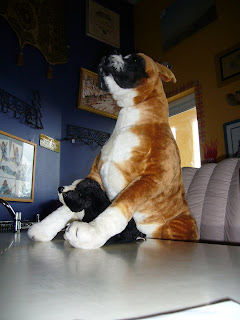 Once we had all topped off - my fantastic breakfast burrito (smothered in green chilie - probably the best breakfast I have ever had), Celeste her Monte Cristo and Allie the buffet, we were on the road to Santa Fe. But first we had to get to I-25.

Leaving Angel Fire, we powered up "Bleft", our Garmin GPS and chose Arizona Rt 434 for the route to Las Vegas, NV and onto I-25. Little did we know that 434, paralleling a stream, would be such a cool, narrow and fun mountain road. 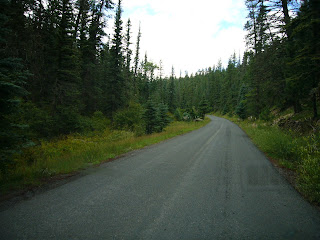 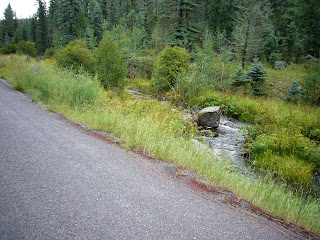 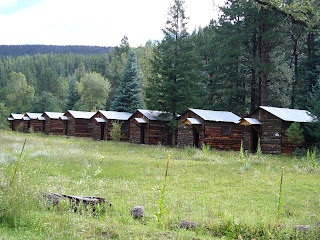 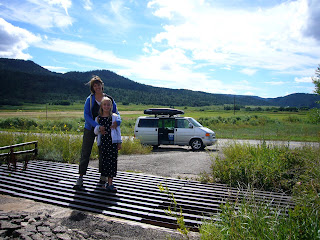 Celeste just had to check out the cattle grates in person. 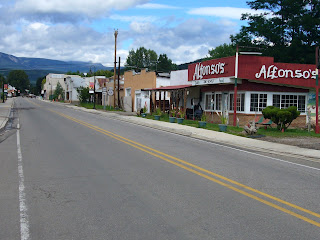 Hoppin' downtown Mora, NM
One detour before Santa Fe was to the Pecos National Historical Park just off of I-25. The park is an ancient site, home to an ancient pueblo, numerous kivas and a mission church. Allie and I had originally visited the park about eight years ago. 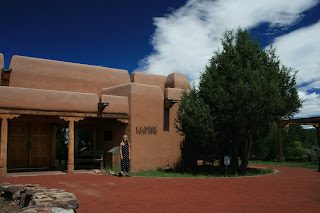 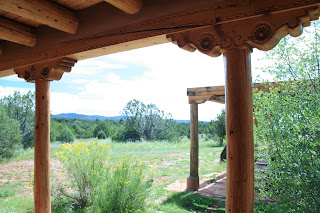 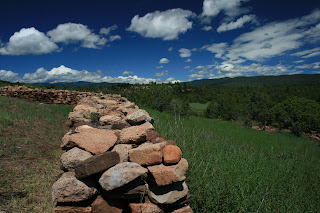 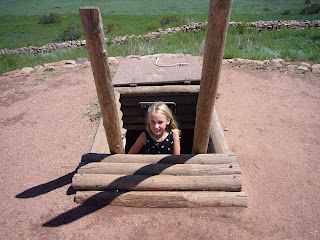 Entering a rebuilt kiva. Kivas are underground "rooms", about 20' in diameter. The temp is noticeably cooler inside and all had fire areas. 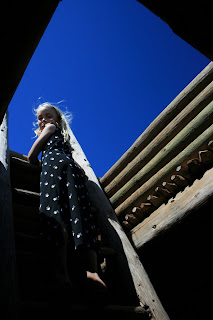 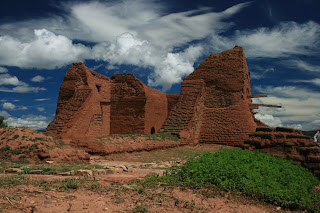 The remains of the 18th century Spanish mission church 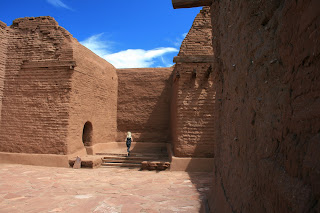 Celeste at the altar 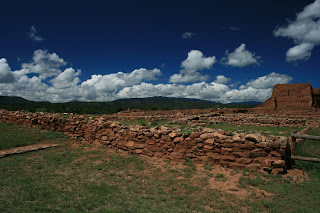 After Pecos, we drove in to Santa Fe to try to hook up with a long-lost friend whom we knew from Boulder. Apparently Casey sold his coffee shop. Bummer.

We had a long day yet ahead of us so we pointed Klaus west so that we could make it to Fort Defiance AZ at a decent hour.

Exiting I-40 at Gallup, we drove the Old Rt 66 for a few miles. Some of the old motels are still there, but are generally on the seedier end of the spectrum. Otherwise, not much left other than fast food joints and cheesy gift shops, pawn shops and bail bonds. 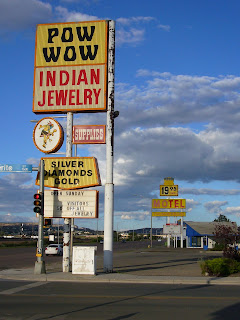 Celeste had been begging us to eat at a drive in, so we obliged with a stop at a Sonic. 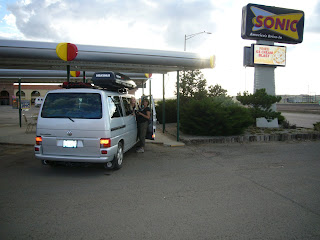