We made our first family excursion down to San Diego today to visit Balboa Park.

Balboa Park is to San Diego as Central Park is to New York and Grant Park is to Chicago - 1200 acres of beautiful urban oasis. Plotted as public land back by the Mexican government back in 1835, it's development peaked when development started for the Panamanian-California exposition in 1915. This Worlds Fair necessitated the construction of the Spanish Colonial buildings on-site, most of which still stand and house a variety of museums as well as the world-renowned San Diego Zoo.

The San Diego Museum of Art is located at Balboa Park, Allie wanted to check out a Georgia O'Keefe exhibit before it closed - today was the last day. Since Celeste would be bored by an art museum, we checked out the San Diego Model Railroad Museum, the largest model RR museum in the US. 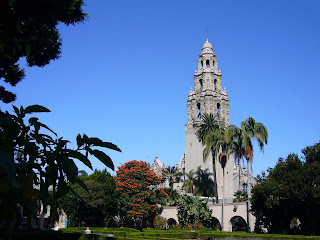 Exterior of the San Diego Museum of Man 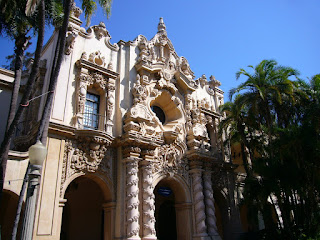 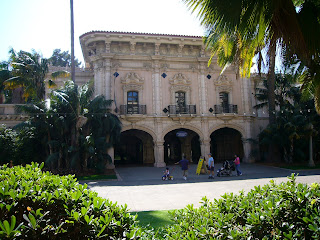 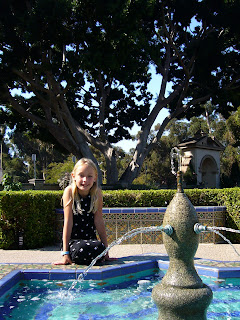 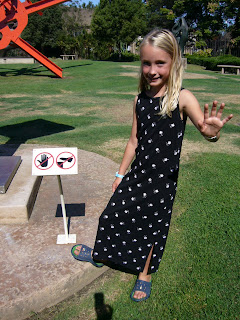 Celeste violating the rules yet again 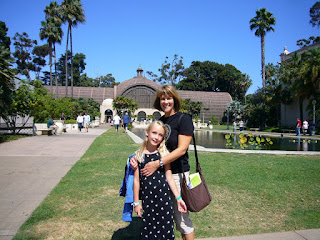 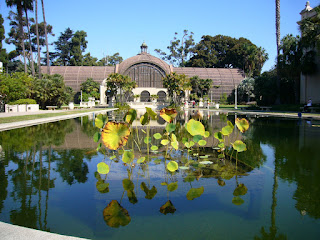 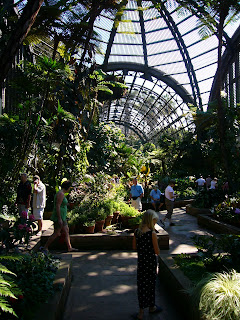 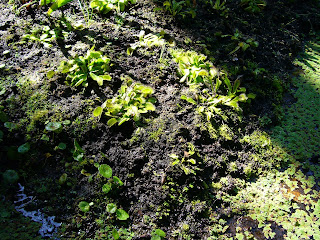 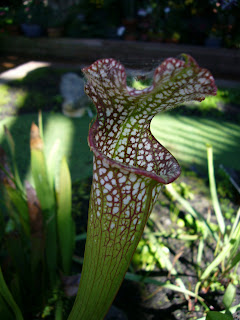 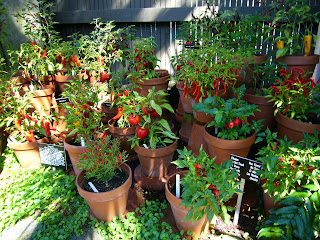 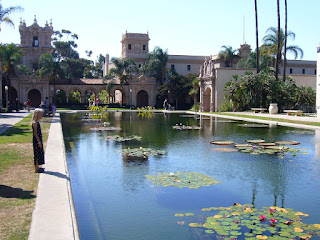 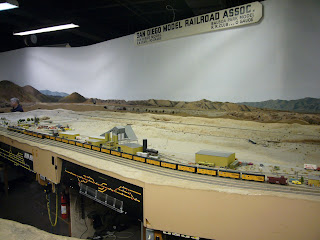 Part of one of many model railroads 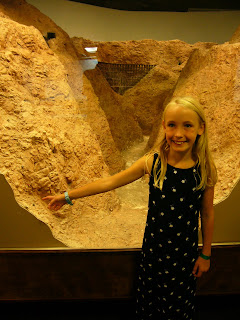 Celeste and a model of a Mexican canyon, HO scale 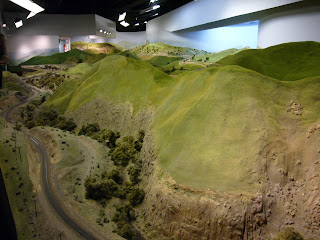 Modeled after somewhere in California
Overall we had a perfect day. The weather was great (of course) and we had a good lunch at a Mexican restaurant. The drive back home was along the coast, thru La Jolla, Torrey Pines, Del Mar, Solana Beach, Encinitas, Leucadia and then Carlsbad.
Posted by Green Laker at 6:26 PM