Beer + bikes, like peanut butter and dark chocolate, it's rare to find such a perfect combo. But that's just what Hopworks Urban Brewery in Portland serves up.

Built using a lot of reclaimed materials, such as these keg planters, HUB's building is bright, warm and welcoming. 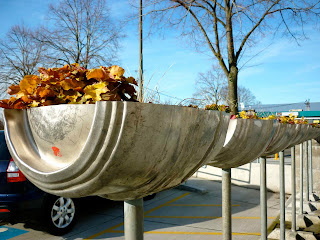 I don't ever recall seeing bike frames used as over-bar decorative elements before. 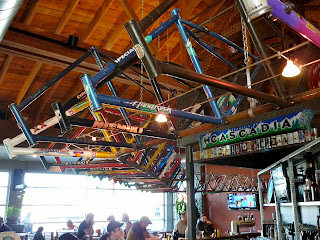 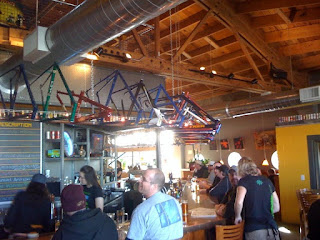 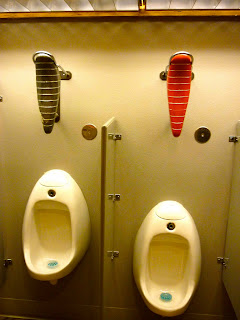 With a handy Sting-Ray saddle headrest if you've had far too many.

HUB also has a mobile "beer bike" for suds on the run: 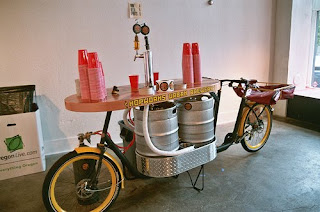 This bike was at Bike n' Hike's Festival di Ticino earlier in the month pouring for the attendees: 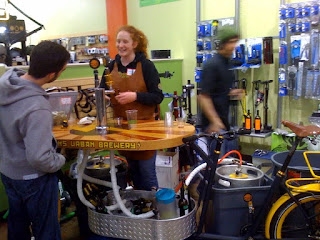 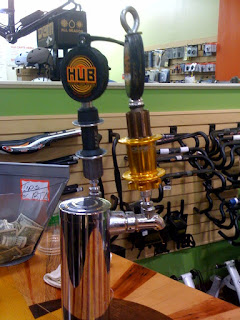 Portlanders, what *can't* they do?
Posted by Green Laker at 6:30 AM