So Carlsbad had it's annual Oktoberfest this weekend. We figured with the city's German heritage (it is named after an area in Germany after all), it'd be decent.

While there was a few things to keep the grrrl occupied. An antique fire engine: 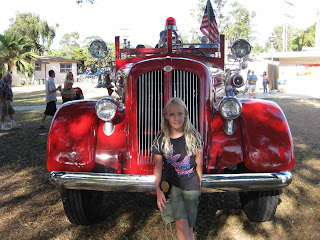 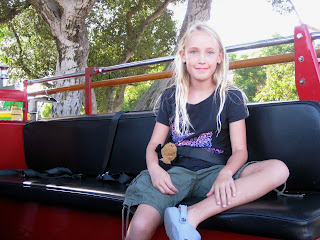 safety first! she buckled up even though the truck wasn't moving 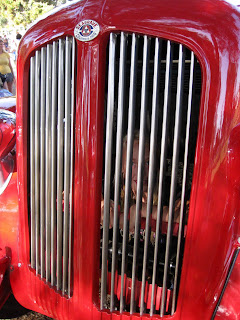 sweet grille, hey - what's that in there? 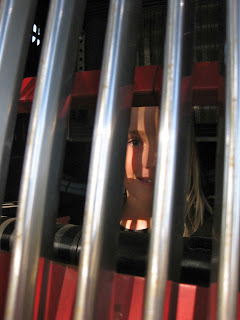 why she found a nice perch in there
Neighbor Braxton screamed too loud for my grrrls precious ears... 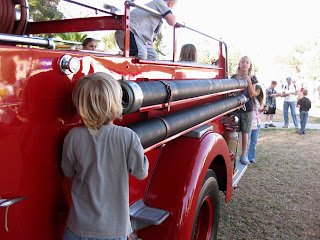 ...but the hose made for a cool way to frame her face: 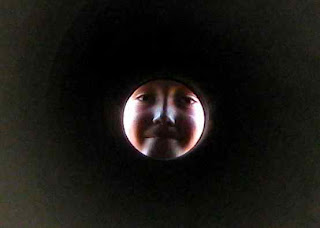 We decided that eating German food served from big foil pans (and under palm trees!) wasn't all that appetizing for us. So we only bought a few ride tickets so that Celeste and Braxton could play in one of those inflatable bouncy things: 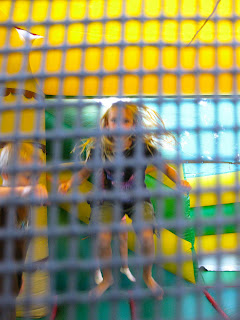 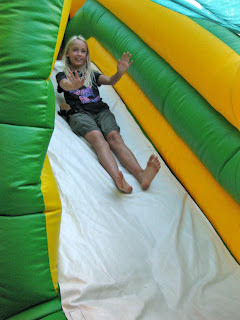 After that we departed, but she was able to get a big more tree climbing in (it's been the summer of climbing trees)... 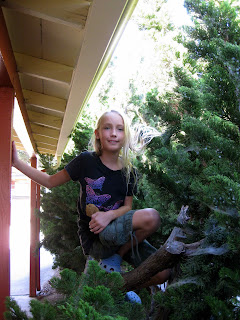 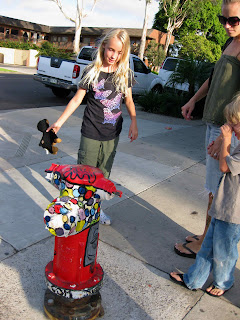 sadly gumballs were not dispensed
...where we ended up at the delicious Pizza Port. 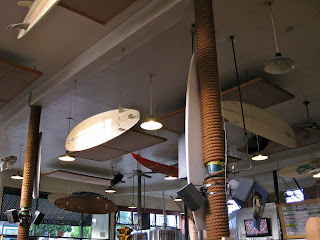 Some pirate-themed pinball was played... 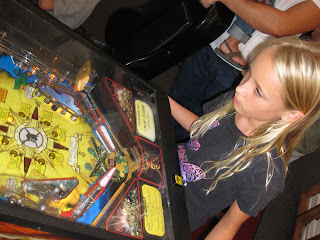 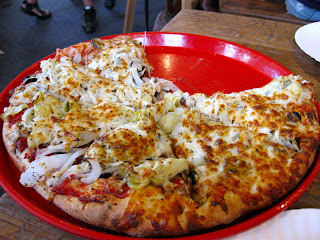 We caught the sunset at the State Beach and headed home. Another good day.
Posted by Green Laker at 9:37 PM