Down on the Street (or Target parking lot)

Making my weekly run to Target for some tasty beverages, I encountered this sitting in the back of the lot. 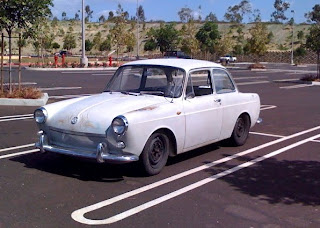 It's a VW Type 3 "Notchback". The notchback body style was never offered in the US where VW was afraid of cannibalizing Type 1 "Beetle" sales, this car likely came down from Canada or a serviceman bringing it back from Germany. Americans could buy the coupe-like Fastback or the station wagon ("Variant") Squareback though.

Looks like this one has some rat rod-inspired pinstriping 'round back... 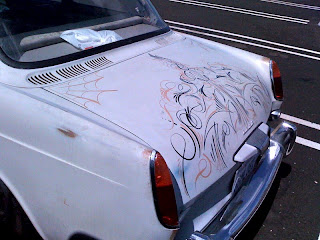 Not sure how I managed to frame this shot so poorly. 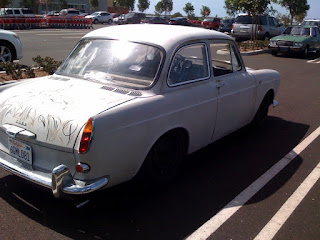 But there it is in it's (limited) glory. Still I wouldn't kick it out of the garage. I'd just strip the stripes.
Posted by Green Laker at 5:45 AM

Email ThisBlogThis!Share to TwitterShare to FacebookShare to Pinterest
Labels: Down on the Street, Notchback, VW