As many of you are probably aware, scooters are a very popular form of transportation in many Asian countries. Taiwan is no exception - they're simply everywhere and are being ridden by every age group.

However, I'm told that there used to be a higher percentage of scooters on the road. But with Taiwanese moving up the socioeconomic ladder, many are trading in their two wheelers for four.

The air in the cities was thick with the smell of two stroke. Maybe someday the Taiwanese government will ban two stroke motors. 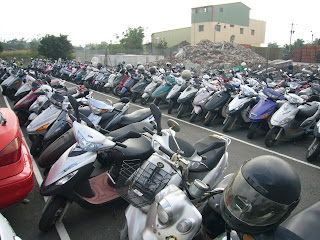 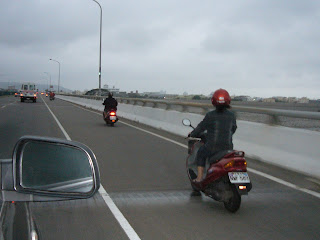 Rush hour traffic on a highway. 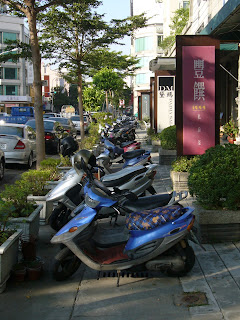 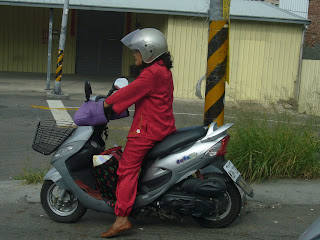 Woman wearing mitts - I don't know why but saw many scooters with these affixed.
Scooters aren't limited to one rider. They're family transportation for some... 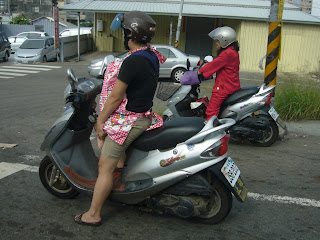 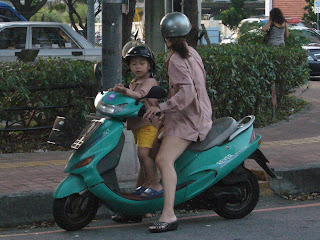 Taiwan has a helmet law 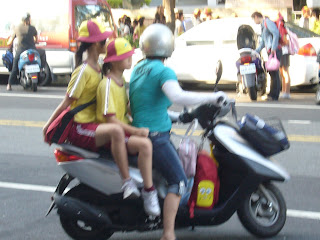 Mom picking up her kids from elementary school

And many businesses rely on scooters. 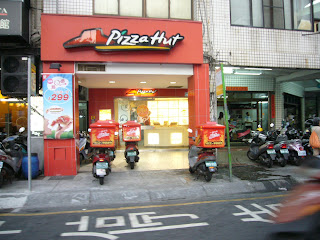 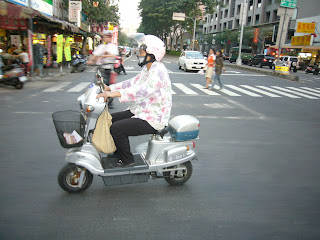 Here's a typical scooter dealer, this one is in Dajia. Living quarters above (and a greenhouse?). 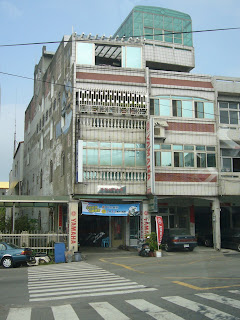 And finally, I found it interesting to learn that some riders wear their jackets backwards while riding. 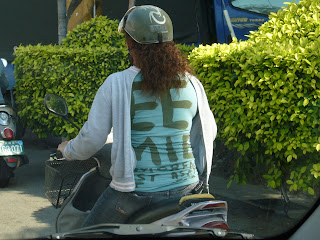 Why? So when they splat into bugs, puddles or the like they can simply put their jacket back on the right way and not walk around with stains on their front.

Scooter riders really push the envelope with how they squeeze themselves between cars on the road. Here's a video showing the rider's perspective. Sorry about the crappy music, I just found this on the You Tubes.