We piled the bikes on and in Klaus this morning for another adventure up north - but getting to Santa Monica was an adventure in itself with the raging wildfires of LA and Orange Counties. 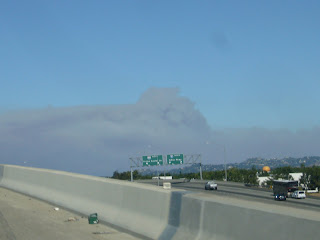 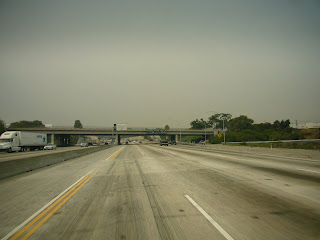 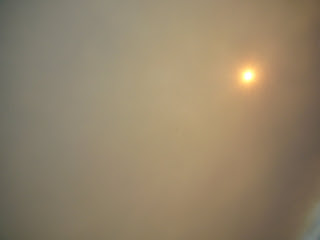 We switched the climate control onto recirc to help keep the cabin air clean. While it was still smoky up in Santa Monica, it wasn't quite as bad as it had been at times during the drive.

First things first, Celeste had to chase the flying rats. That girl has priorities. 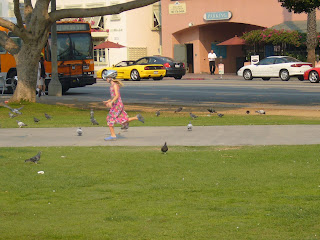 After she had her fill of chasing the birds - or rather after WE had our fill of watching her chase the birds - we brought the bikes down to the beachfront bike path. 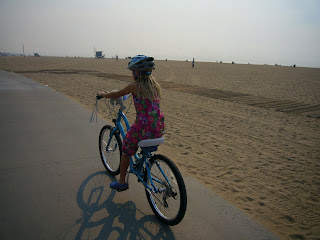 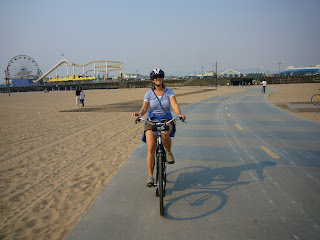 Allie & I were the only adults with helmets on. But we have to set a good example. 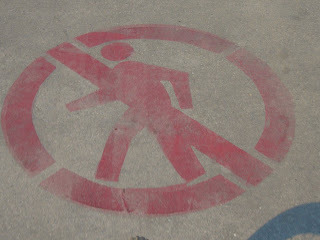 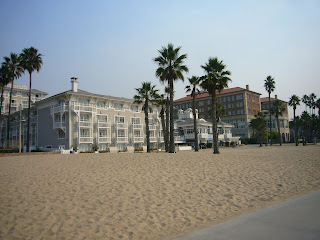 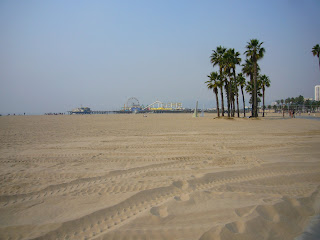 Santa Monica pier and the VERY wide expanse of beach 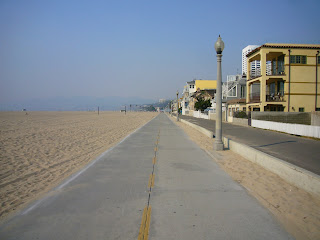 Santa Monica has a section of beach dedicated to fitness equipment. Celeste and I tried some things out. 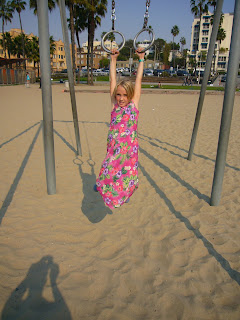 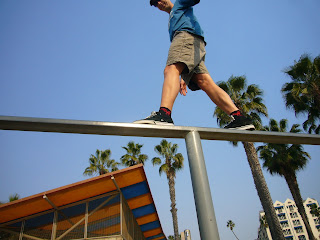 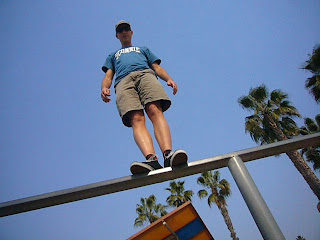 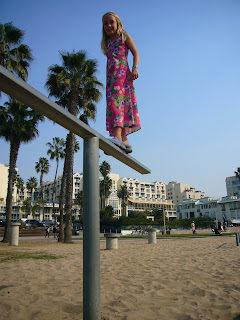 Our original intention was to spend some time on the pier, but after the ride we were hungry. 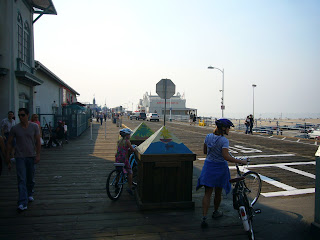 We contemplated eating lunch at this fine establishment, but (wisely) chose to find something a little nicer. 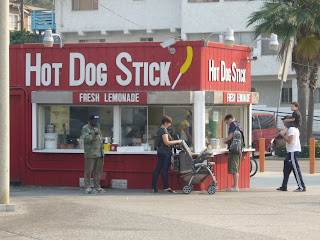 The bikes were put back on and in the van and we headed south to Venice Beach. After cruising around for a bit and not finding parking near the famous beach, we found Baja Cantina.

There were delicious warm chips and fresh salsa. 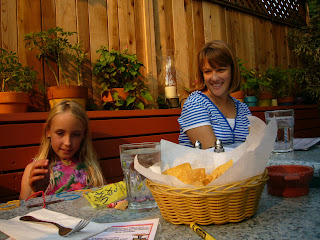 And a smoothie and some margs. 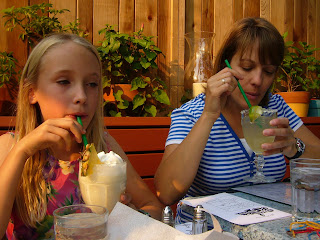 My lunch (two chicken tamales, two chili rellenos, rice and beans) was delivered on a serving platter. Yum! Oh, and it's pretty nice eating outside in the middle of November. 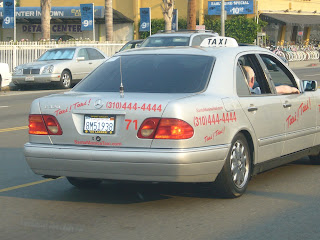 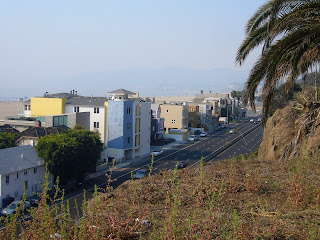 PCH/Hwy 1. Malibu smoked out in distance 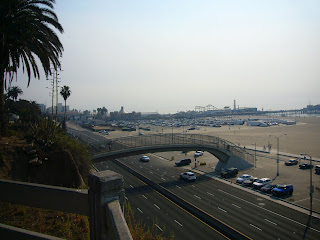 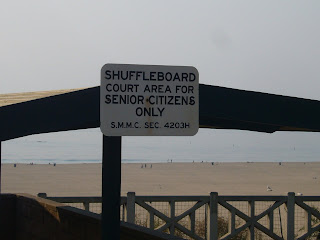 Kinda goes without saying, doesn't it? 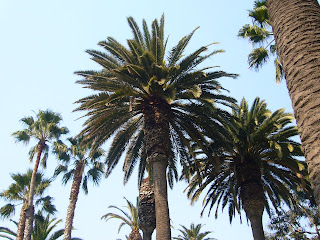 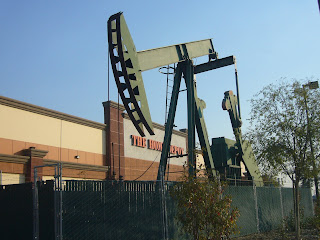 Glad to see you guys are out exploring so much--one of the best things about California is that even a day trip can seem like a 'real' vacation!