Celeste's class was fortunate to be able to participate in a sleepover on the San Diego Maritime Museum's Star Of India a few weeks back. This ship, launched in 1863 as the Euterpe, is the second oldest still-sailing ship in the world and is the centerpiece of the Maritime Museum of San Diego's collection. 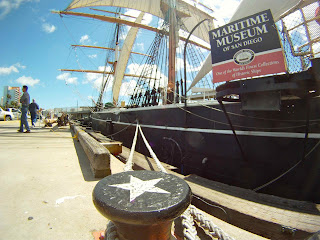 We've been to the museum and ship twice before (previously covered here and here), but never had the "living history" experience that Celeste's class did. It was definitely tough on the kids. The staff, costumed and acting as if they were 1870s sailors, taught them history of the ship and era and had them working together to handle some difficult tasks such as moving barrels using tackle and blocks, cooking for each other, hoisting one another up in the botswain's chair, going on overnight "watches" on deck (Celeste's was from 1-2:30 AM) and, of course, swabbing the deck. 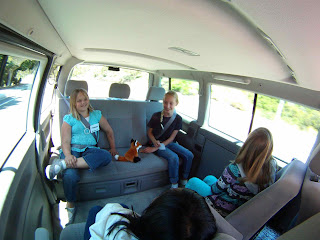 No comforts were afforded them when sleeping either. Just a sleeping bag on a hard wood floor. Pillows and pajamas were forbidden. As a "safety officer", I was able to roll out a small sleeping pad. Still I slept no more than a couple of hours. 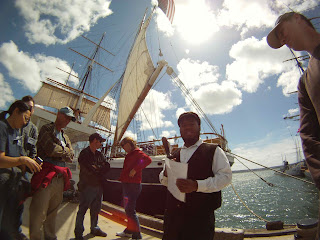 Definitely a tough yet rewarding experience for both the grrrl and myself. 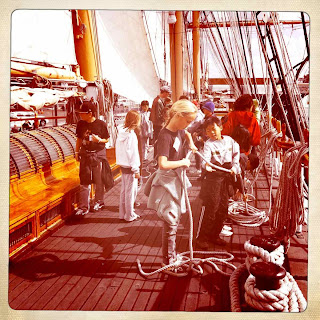 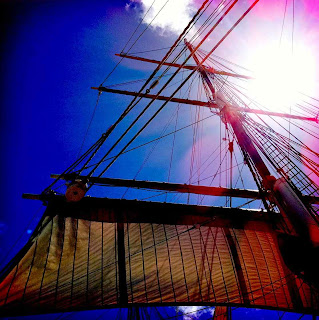 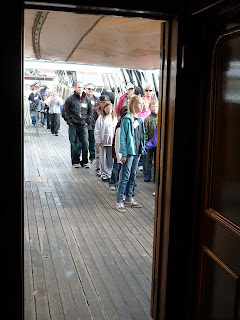 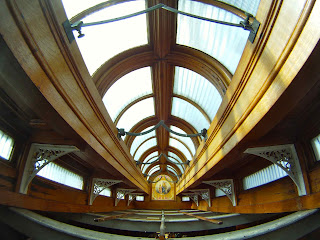 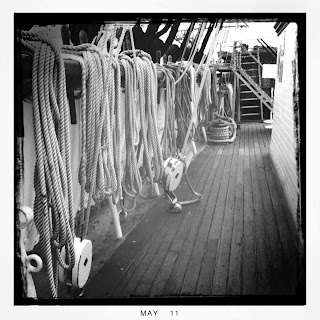 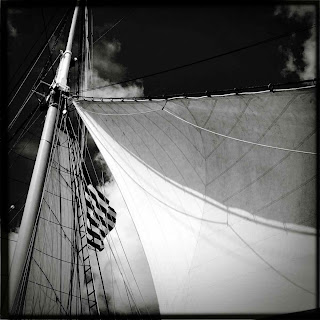 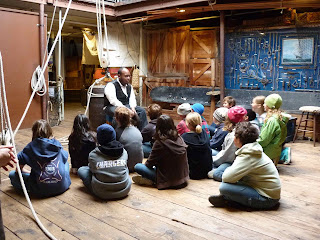 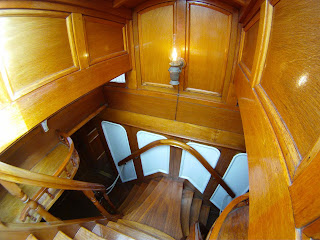 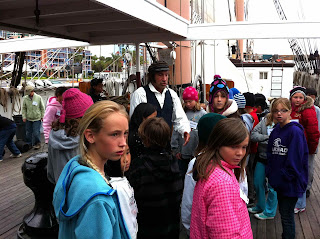 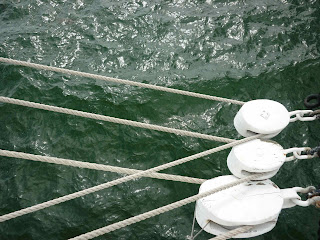 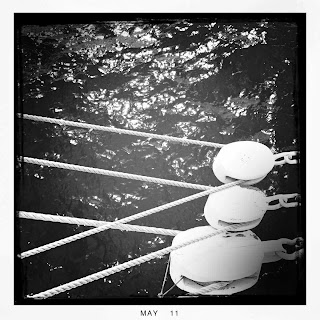 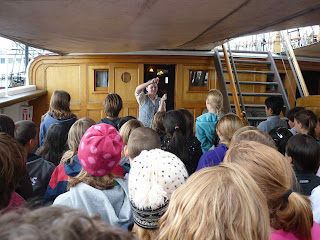 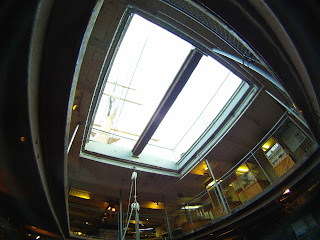 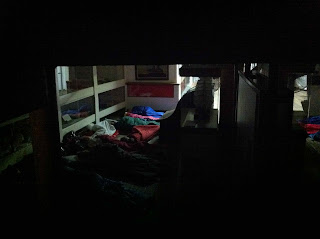 Celeste is in the blue bag 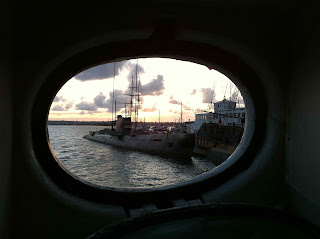 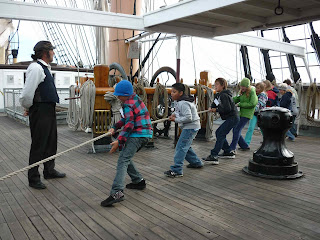 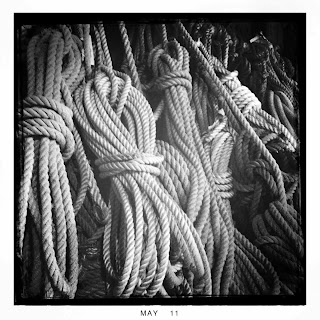 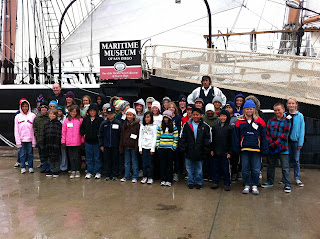 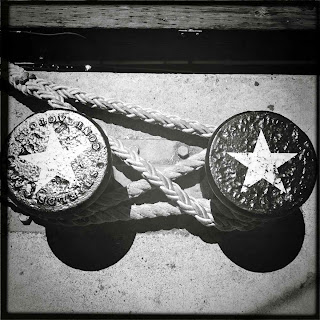 Very cool experience and definitely "outside the textbook". I am sure she will remember this for a long time! So glad you got to be a part of it, too.
XXOO

Sure looked like they worked those kids!!
What an adventure!!

Thanks for sharing!!
*norma

Sure looked like they worked those kids!!
What an adventure!!

Thanks for sharing!!
*norma