Down On The Street - Taipei Edition

Well, apparently Mini Coopers aren't as rare in Taiwan as I had originally thought as I have "caught" three more on the streets of Taipei over the course of twenty four hours. But relatively-common as they may be, they still make for an interesting subject matter for this hack.

First up was this burgundy beauty, sitting in the Wanhua district. 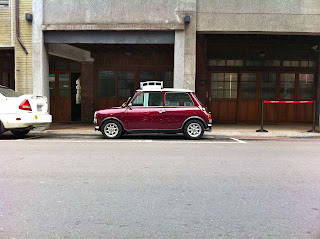 In my opinion, no Mini is complete without a full complement of driving and fog lights. 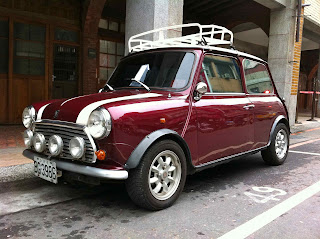 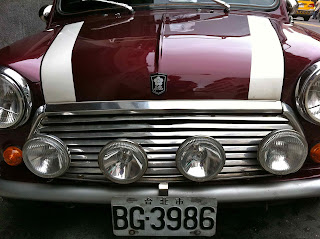 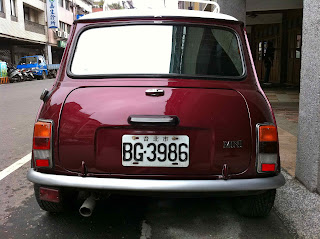 Next up were these two Union Jack-equipped Minis, sitting across the street from one another: 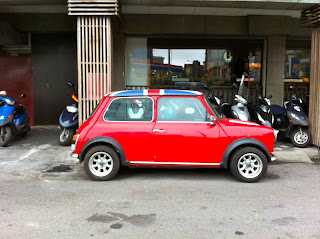 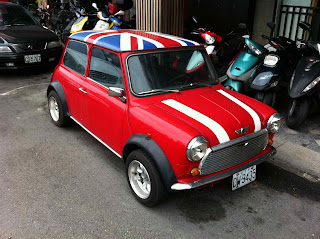 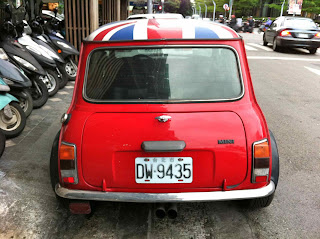 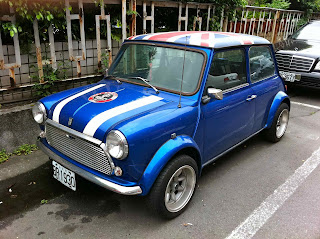 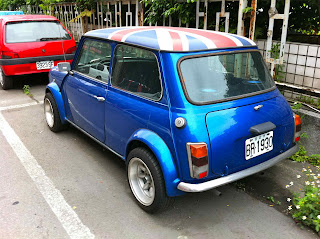 And even though I've already documented these two other classic Minis in Taiwan, I'll probably still stop to take shots of any others that I come across - either in Taiwan or anywhere else in the world that my travels take me.
Posted by Green Laker at 3:00 AM

Email ThisBlogThis!Share to TwitterShare to FacebookShare to Pinterest
Labels: cars, Down on the Street, Mini, Taipei, Taiwan