Another beautiful weekend, another reason to hop into Klaus the AdventureWagen and check out more of the Golden State.

The Queen Mary has been a hotel and major LA-area tourist attraction for over 40 years. We considered spending the night on board at the hotel on Saturday evening, but the rates were a little too expensive for our budget at this time. 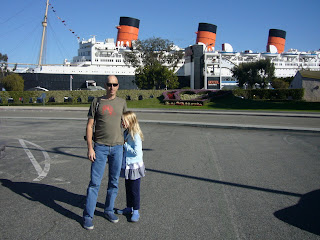 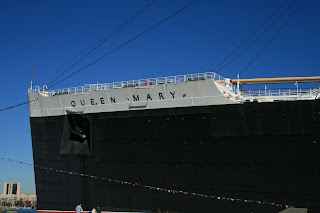 Built with 1" - 1.5" thick steel palte and plenty of beautiful Art Deco style, she was considered the grandest ocean liner ever built upon her launching in 1936. During her heyday, many considered her the only civilized way to travel. With the outbreak of WWII, she was transformed into a troopship and dubbed "The Grey Ghost". After WWII, she was overhauled and soldiered on as a luxury liner for twenty more years until her Long Beach retirement. Upon arriving in Long Beach, three of her four propellers were removed as well as her boilers. As part of the contract between Cunard, the ship's owner during her years in service and the city of Long Beach, she will never again move under her own power. 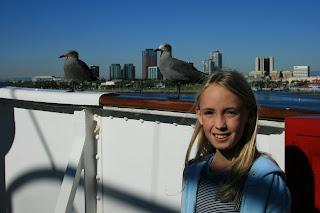 I have a little family history with the ship, I'm told that my paternal grandmother sailed from England on it. I need to get more information on when she traveled. Unfortunately Cunard discarded all of the passenger manifests a few years ago. 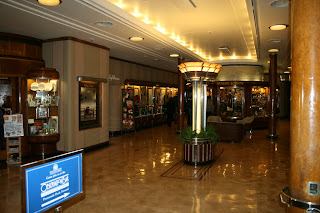 The Arcade
I first stepped foot on the ship in 2000 when Schwinn Cycling and Fitness had a road show on board. It's still the coolest hotel I've ever stayed at. 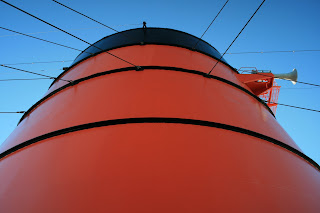 One large exhaust pipe
We took two tours of the ship, both documenting her supposed haunted nature. Not being one that believes in ghosts, supernatural, etc., I still found it entertaining and learned plenty about her history. 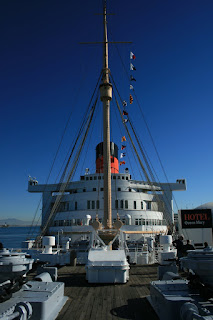 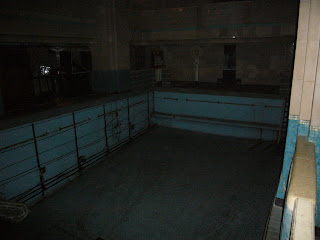 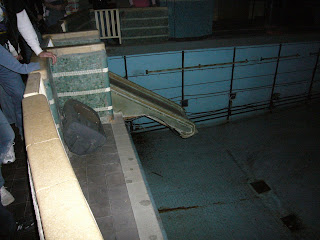 We ate another picnic lunch in our dining room on wheels and headed back to the ship. The second tour, Ghosts and Legends, was more like a show and was filled with special effects - fog, lighting, some pitch black and loud sounds. Sadly they proved to be too intense for our grrrl, so we had to bail after the first "scene". 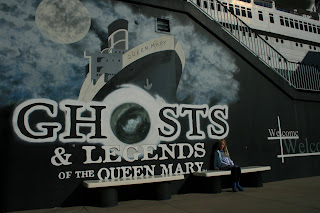 Since we left the show, we spent another hour or so just exploring. Went past the Churchill Suite - where the namesake would stay when on board during the war. Also wandered around the various decks. 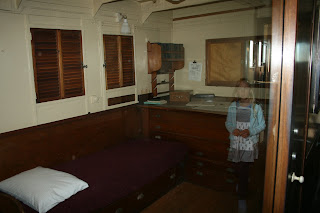 I think I spy one of the many reported ghosts
Randomness: 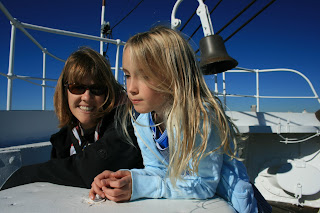 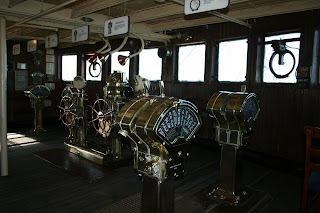 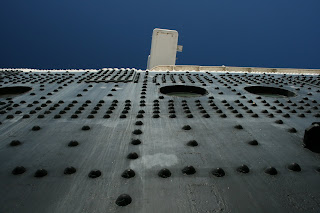 Thank you so much for sharing valuable experience.

افشین Thank you for a really awesome blog. It was actually very helpful. I am so happy I found this