I met up with my buddy Derek again this morning to take in another North County trail network - San Diego's McGonigle Canyon. 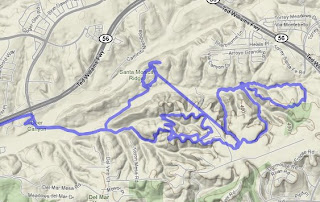 the route, disregard the diagonal line going across the center - I think my GPS stopped working for a bit 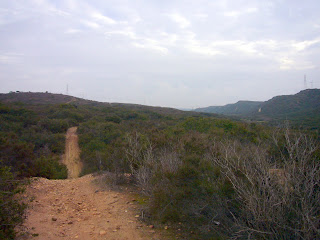 McGonigle Canyon made the news in August 2007 when the city of San Diego cleared out Mexican migrant worker campsites. From what I've read on the oh-so-trustworty World Wide Innerwebs, migrant workers had been living in the canyon for a couple of decades, with populations running between 300 - 2000. Very interesting considering the canyon backs up to wealthy communities. Here's a story on the migrants from August of 2006.

I can see the appeal in the canyon, there's a good amount of shade in the lower reaches and there's a creek running through. If you want to see some thuggish dudes rummaging through the camps and tearing down tents, click here for a video. Otherwise, on to the ride.

Under an overcast sky, we pedaled out of one of Derek's friend's driveways and on to the canyon.

The first impression was of a vast space to play in. However, it wasn't all that appealing as we pedaled past a few car and truck carcasses overturned and burned out in a ravine.

The first trail we hit was the "Migrant Downhill". It looks to be built fairly recently and rolled right through what was an encampment at one time. Mild jumps and drops along the way, but I kept the rubber down for the most part. Fun bermed corners and tacky dirt. 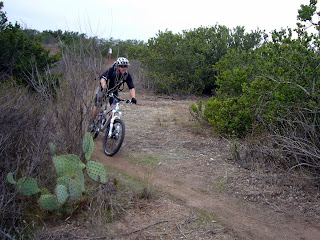 Derek near the top of the DH 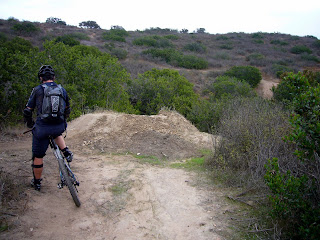 one of the first jumps 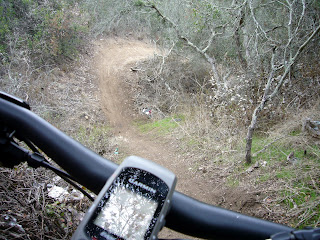 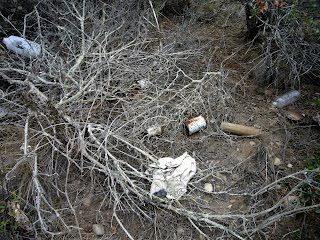 trash from at a former campsite 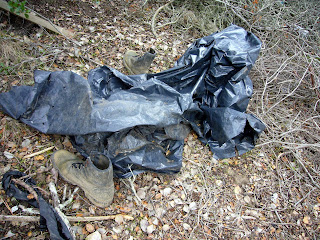 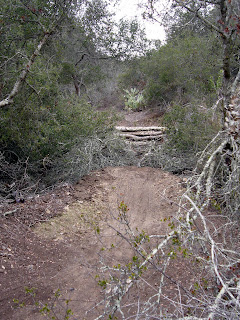 small jump
After riding the DH a few times, we pedaled off to the Tunnels trail. Named as the trail is under a leafy canopy, this was my favorite part of the ride today. 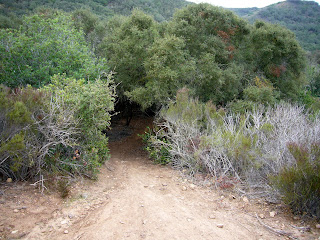 entrance to the appropriately-named Tunnels 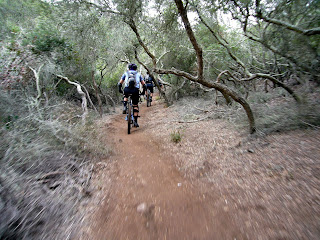 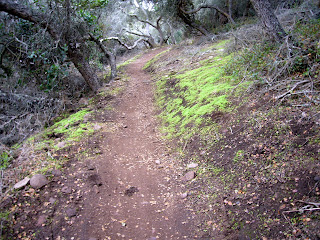 I didn't get any shots of Rocking Horse, another great segment. Similar to Tunnels but with a few small creek crossings - rare in southern California.

More of the trail was out in the open, I was thankful that it was a cloudy day (a perfect-for-riding 62). Whoever laid out the trail did a stellar job as there were very few straight sections, we were constantly weaving around the shrubs. 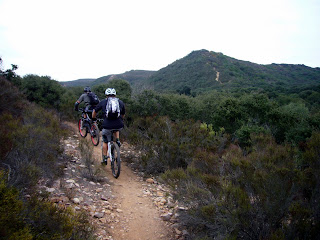 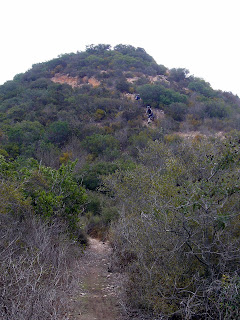 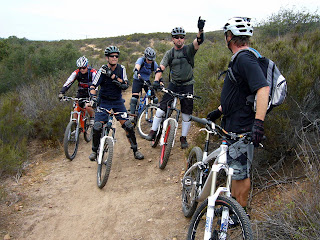 the motley crew
Overall stats - just under 15 miles, 1900' of climbing. One post-ride Corona consumed.
Posted by Green Laker at 7:22 PM

Nope, the blue Mongoose pictured is a Khyber (6.5" travel), two steps up in burliness over the Canaan (4" travel).

The Canaan is resting peacefully in the garage, it hasn't seen much use out here.

Don, you must check lids like I check headbadges.

Hey, we're having a snowday today. No mountain biking. But skiing!

Nice trail, looks dangerous but it's the passion of any mountain biker, like me.
Also check my blog for the best mountain bike - singlespeedmountainbikes.com