Thanks to the generosity of my parents, we took Celeste to LegoLand this past Sunday. LegoLand lies just a few miles north of us here in Carlsbad, so the drive took all of about 8 minutes. 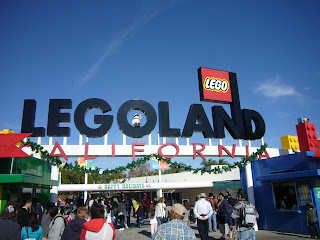 LegoLand California opened in 1999 and is pretty much hidden in Carlsbad. You'd never see it driving down the roads that it borders. December is definitely the slow season, so crowds were minimal. Celeste has really been in to Legos for the past couple of months, and I've enjoyed Legos for the past three decades or so. 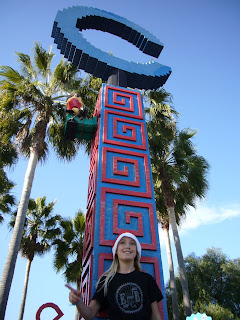 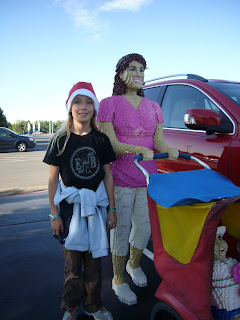 As part of their holiday "Block Party" celebration, they have a 30' Christmas tree on display, made from Duplo blocks. Ornaments are made from Legos. 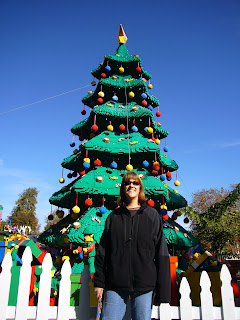 For the most part, the rides are pretty tame in comparison to usual theme park fare. Which is fine for Celeste, she's not big into rollercoasters or anything remotely "scary". Unless it involves scaring others. Then she's game.

We waited in line far too long to ride the Skyrider. We hopped into this Lego-ish contraption... 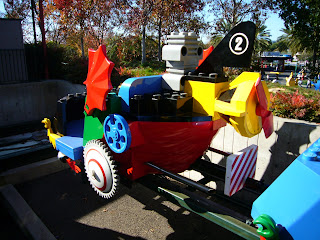 ...which has bicycle-style cranks and pedals. Sadly pedaling does nothing except get the blood moving. 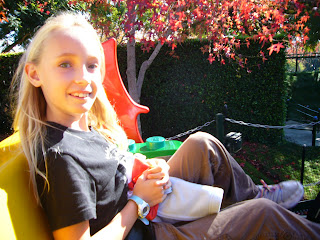 After that, we tried the KidPower Tower (or something along those lines). With generous power assist, pulling the rope would bring us to the top of this rotating tower. 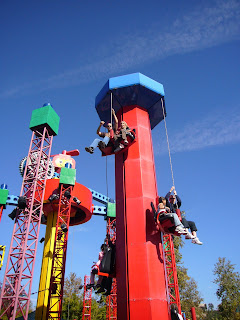 I think I can see our house from here.

One of the Lego-themed dining areas had some vintage models on display. Like this 1978 police station - which I had as an 8 year old. Still do, in a Rubbermaid tub at my parent's house. 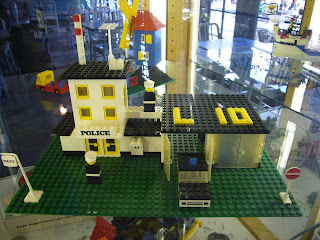 Note that the mini figures had no faces or arms and legs at this point.
Throughout the park were various Lego statues of people and animals. 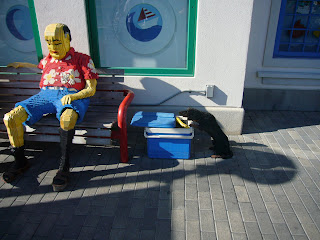 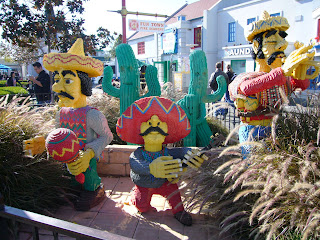 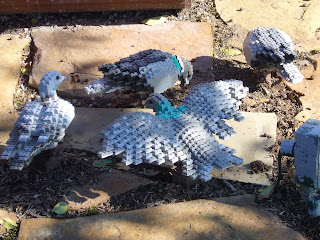 After an expensive (but decent) lunch, Celeste and I participated in the fireman challenge. The race involved pumping the truck to get it to the fire, then we had to run out, pump water and aim the stream in just the right place. With just a team of the two of us, we were able to beat three other competing teams of four in the race to put out the "fire". 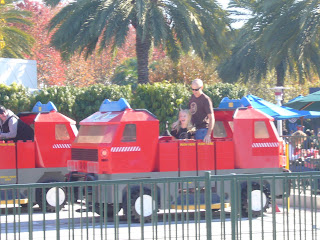 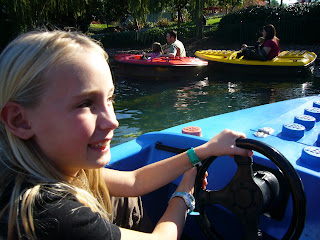 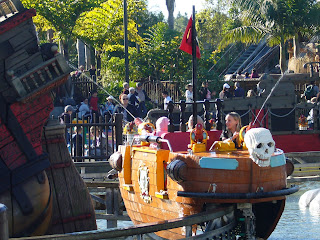 The park's highlight was Miniland, Lego's recreation of some scenes from the US, including California, the NYC skyline, New Orleans, DC, the Las Vegas Strip and "other" - some rural scenes that I guess represents the flyover states (said with tongue firmly in cheek). As Allie put it, "it was a feast for the eyes." 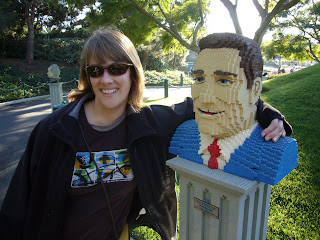 Allie and The Governator on the path to Miniland 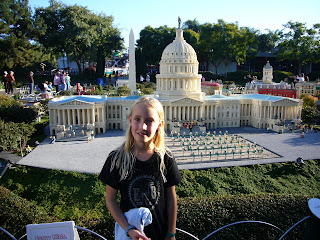 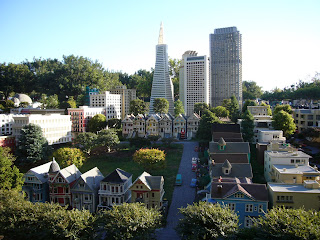 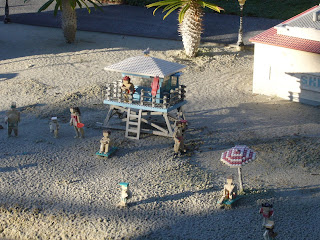 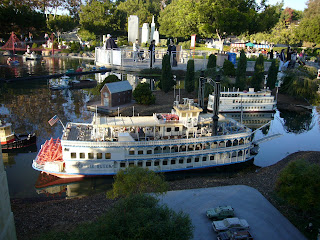 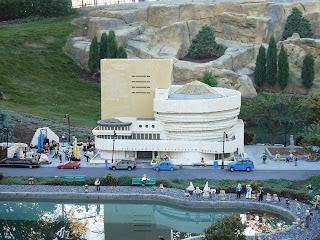 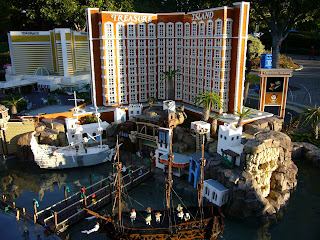 Treasure Island (aka "T.I" - a place I've spent far to many nights at for tradeshows) 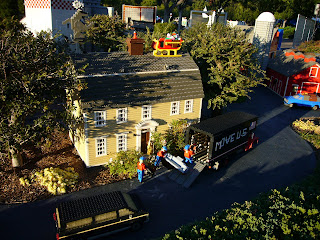 Finally it was time to go - but not without visiting Santa and then the gift shop. 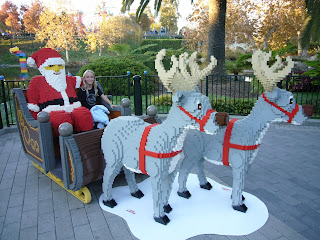 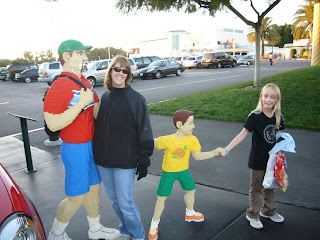 Me, Allie, Jimmy and Celeste

All-in-all, a great day. And the best part is that we get a free visit in '09 thanks to a special promotion they had going on.
Posted by Green Laker at 7:45 PM