After sitting in hibernation for nearly four years, the old garage receiver and CD player were wired up and tested out today. 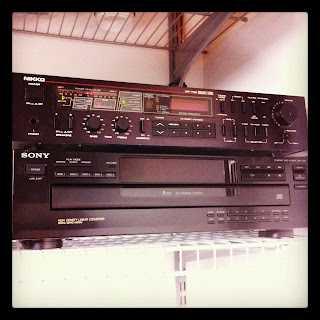 The Nikko NR-750 (with "Quartz Lock"!) receiver was bought new in 1985 with money earned from caddying. Resplendent with 80s styling (and a power level meter), this 48 watt/channel, made in Japan receiver is still running strong. These days the tape input is used for playing the iPod. The barely-used CD player was a hand-me-down from my father in law when they relocated years ago.

The audio goodness comes through a pair of Alpine 6x9 three-ways. 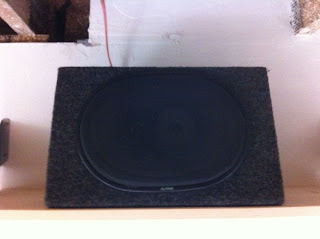 These were last mobile when used in the trunk of my long-departed Subaru Justy.

Hiding in the eaves and providing sound to the courtyard is a pair of indoor/outdoor speakers that I had originally bought for use in our backyard in Libertyville, IL ten years ago. 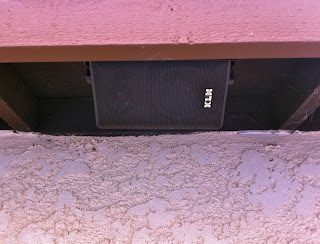 Hope I don't annoy the neighbors *too* much with these.

And making it all happen were the additional outlets that the garage now has (previously mentioned here). 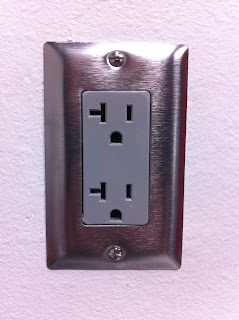 (heavy-duty outlets were used next to work benches)

Three were added in the trusses... 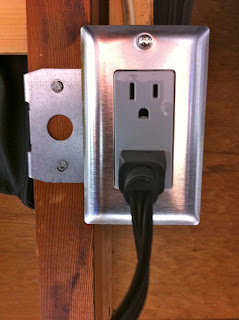 ...these power the super-bright fluorescent fixtures that have been far nicer than I had anticipated. And the outlet above the shelf that the stereo is placed on powers the stereo too. 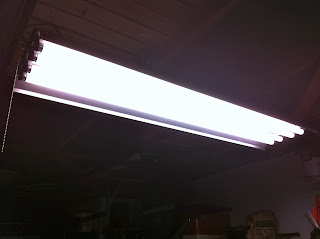 There are just a few more things that I need to pack away/get rid of before the garage is dialed.
Posted by Green Laker at 8:32 PM

What is the difference between casino games and slots?
Slot games are wooricasinos.info the most poormansguidetocasinogambling popular types sporting100 of https://septcasino.com/review/merit-casino/ casino casino-roll.com games, and the majority are slots. and the most commonly played slot games.