Another BMW 2002 that I've noticed scooting around Carlsbad as of late. 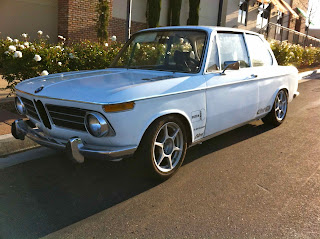 This one has been parked about a block away from where this later 2002 was street parked for months. Oh, and this example is a preferred "roundie" (round taillight version). 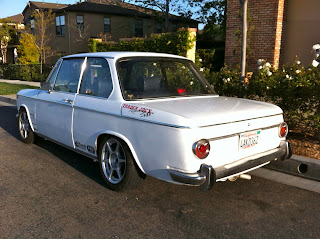 The Neu Klasse line pretty much saved BMW from bankruptcy upon release - and the 2002 was the best-known of the series. 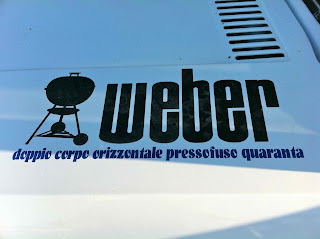 And speaking of grills (or, rather, grilles), did anyone notice the missing kidneys from the nose of the car? She's in need of a transplant.
Posted by Green Laker at 8:51 PM

Email ThisBlogThis!Share to TwitterShare to FacebookShare to Pinterest
Labels: 2002, BMW, Carlsbad, cars, Down on the Street