Celeste is a Girl Scout now - and part of being a Girl Scout is accumulating various patches for participating in different activities. And selling cookies, duh. It's no secret that Allie and I love cycling. Well, Allie enjoys it, I love it and go stir-crazy if I'm off the bike more than about two days. So one way we've been able to get our less-than-enthusiastic-about-cycling daughter out on two wheels has been telling her that we'd get her a cycling patch if she completes six different family cycling adventures with us. I should clarify - while she insists that she'd rather stay home on a weekend instead of go out exploring, she almost always has a great time taking in the sights.

Saturday afternoon we headed on down to San Diego and Coronado to ride the Silver Strand bikeway. This rail-trail path is dead-flat and dead-straight - but still good as it slices through a thin peninsula with San Diego bay to the east and the Pacific on the west. 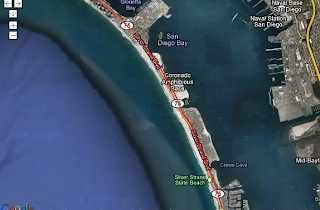 The bikeway is about nine miles long in total, but due to some time constraints we headed back once we reached the halfway point. Our total mileage was 9.25. 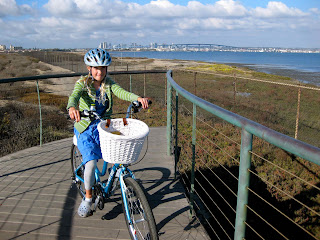 Celeste and the Coronado Bay Bridge

One of the more-enjoyable aspects of the trail for Celeste and I was the crushed gravel/sand multi-use path that parallels the bikeway for miles. The grrrl really enjoys riding on dirt (as long as it isn't "too bumpy" and takes every opportunity to hit the path. 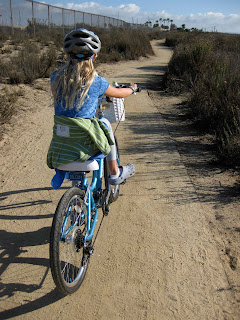 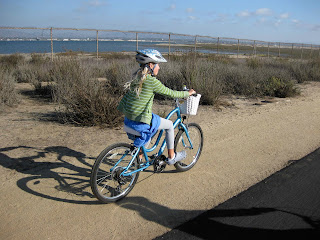 Along the way we encountered a few little educational "monuments"/art installations that Celeste naturally had to explore... 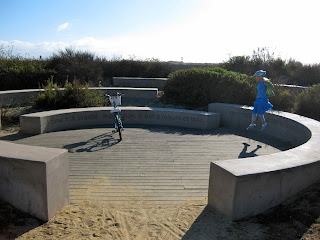 We even saw a cool tall ship, possibly the Californian (?) 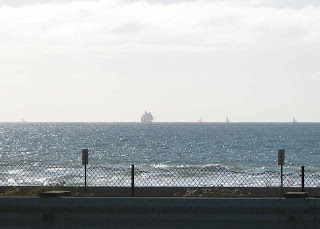 Another great afternoon in the San Diego sun.
Posted by Green Laker at 8:57 PM