Indie rock superstars Dinosaur Jr. played the Belly Up Tavern in Solana Beach on wednesday night. Coming in on the strength of two fantastic albums over the past three years with the original lineup, I was eager to see J, Lou and Murph tear it up. Especially since this would be the first time I would be seeing the band as the original threesome - the last time I saw them was nearly 18 years ago (with an incredible My Bloody Valentine sharing the bill no less). Incidentally Allie also attended that show - we made small talk since we had met each other earlier at Illinois State and had a mutual friend, but it'd be another two years before we'd start dating. 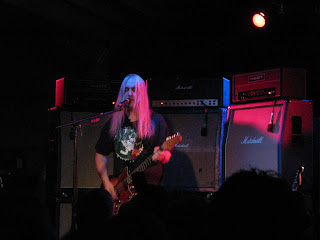 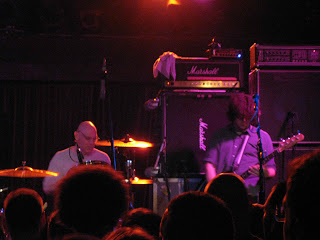 Murph and Lou Barlow
As expected with these veteran musicians, their performance was spot-on, playing some of their best material from their 24 (!!)-year career over a two hour set. I brought my point-and-shoot digicam to see if the tiny mic could handle the enormous amounts of distortion and feedback delivered by J's fender and Marshall stacks. Here's one of the results, "The Wagon" from Green Mind.

I'll upload a couple more to YouTube over the weekend. Unfortunately I ran out of room on the card to get "Freak Scene" or "The Lung". Once the show was over, I wandered up to the stage to check out some of the equipment. 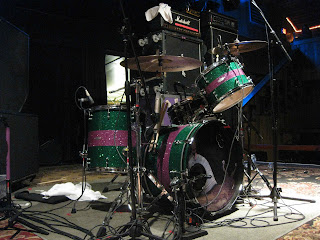 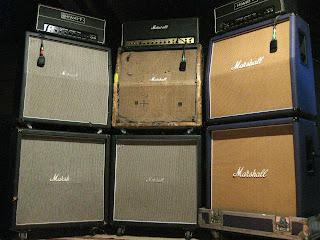 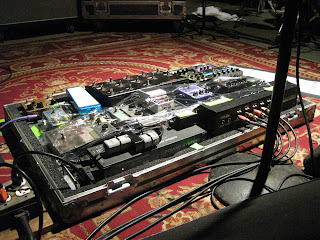 And I even left with a nice souvenir - one of J's guitar picks, given to me by a roadie.
Posted by Green Laker at 7:24 PM