Down on the Street - Überlingen Edition 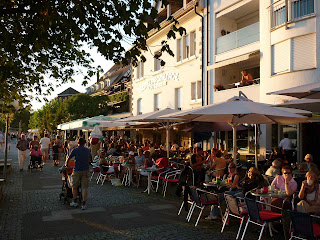 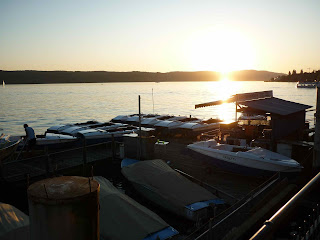 But this is yet another Down On The Street, so I'm talking about unusual and/or cool cars. Thanks again to Jalopnik.com for the great idea of wasting bandwidth and pixels talking about daily-driven cars found on the street.

It takes a brave soul to drive an antique car hundreds of miles - especially an antique British car. 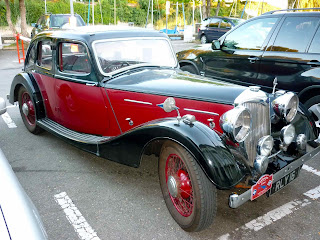 Yep, this one drove all the way from England. If it came from London, that's about 625 miles. 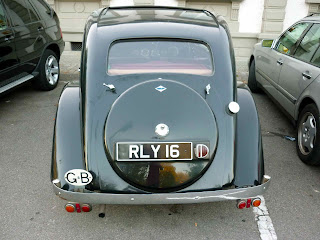 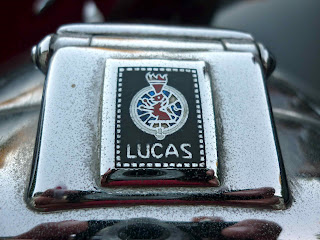 Still it was probably an epic journey that probably ended in equal quantities laughter, tears and auto-dimming lights. 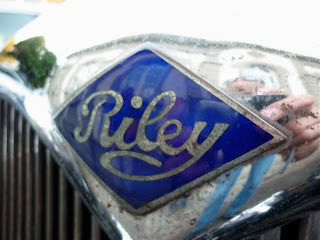 I'm not sure exactly how old this specimen is - my guess is that it's from the mid-30s. Cool. I just hope the driver made it home in one piece.
Posted by Green Laker at 5:45 AM

Email ThisBlogThis!Share to TwitterShare to FacebookShare to Pinterest
Labels: Down on the Street, Germany, Riley, umlauts