Well, I woke up this morning feeling crummy again - stupid head cold. But since I'm going out of town for a week starting tomorrow (Sunday), I felt I had better make the best of it.

Started by giving the van a thorough cleaning. Since we've had a wet spell, the thing was wearing a grey coat of drabness.

Afterwards I checked out Celeste's baked log and rainwater tea. 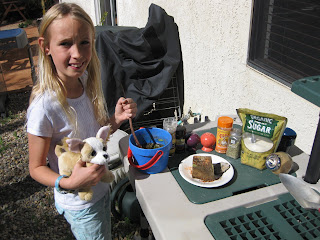 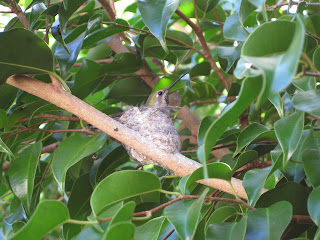 She's also been having fun with the Legos that Grandma and Grandpa sent her. I love the feminine touch she gave the Lego Technic dragster (Lego #8847) I had built as a kid. 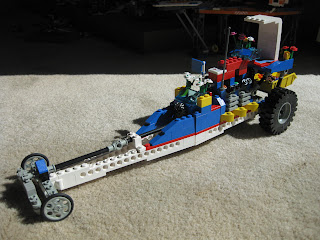 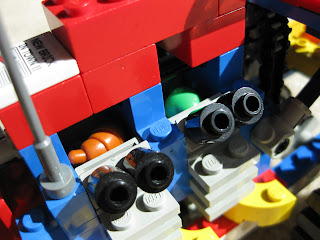 a Lego croissant in one cylinder and a green apple in the other
Speaking of food, we had planned a trip out to the Ruby's Diner at the end of the Oceanside pier. After parking and walking the 1,942' length, we found a line out the door - a 45 min wait for a table. Since Allie had hiked this morning, she was starving, so we pointed the car south to another Ruby's. Oceanside Pier pix first: 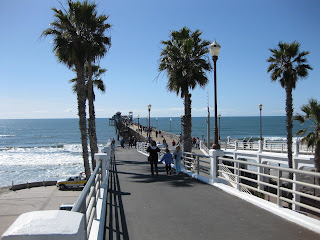 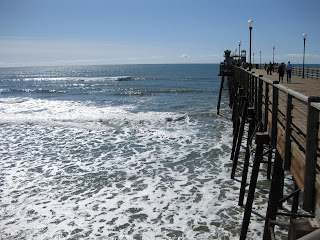 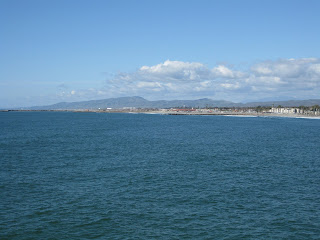 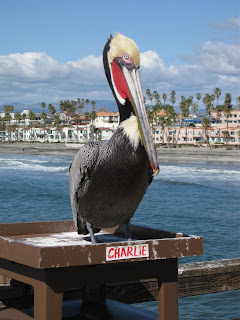 So O'side Pier didn't work out, and the Carlsbad Ruby's was slammed as well, so we settled for Islands (chain similar to Red Robin, but with surf decor). The view was not as nice as what we would have had on the pier. That seems like a nice carwash and Jippy Lube though (if you're in to those sorts of things). 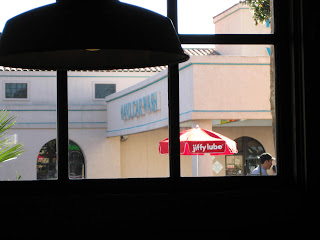 Late this afternoon I went for a run down to the beach. Brought my iPhone, sorry about the poor quality of the pix... 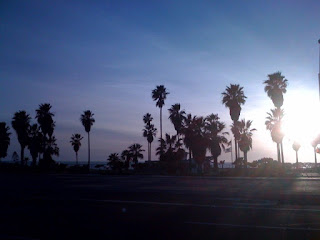 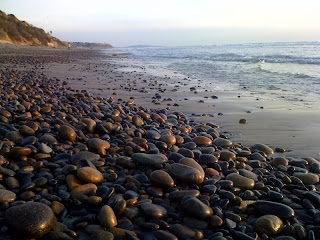 And finally I packed for my trip. Here's the extent of my winter outerwear (fleece gloves, fleece jacket, thin beanie). I'm ready for old man winter to slap me in the face. Let's see how soft I've become... 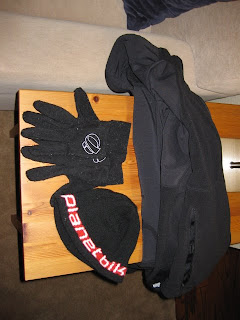