A refresher - Bill inherited the boat (then known as the "Aqua Fury" in honor of the copper 1977 Plymouth Fury he inherited from his grandmother) and sold it to me in 2004 (when it was renamed "Dragonfly". I sold it to Joe shortly before moving to California. The circle is complete! 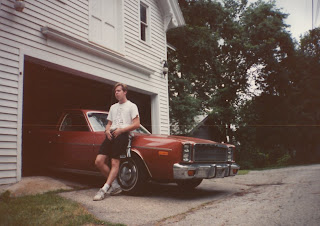 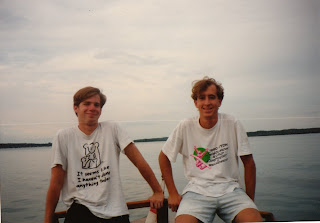 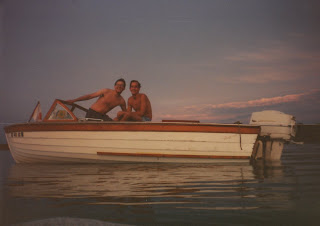 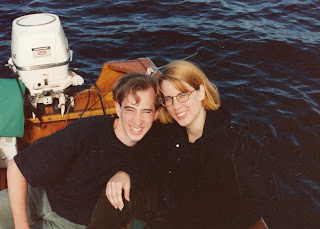 Our friend Roxanne, who surprisingly enjoyed hanging out with us goofballs. 1991 I think. 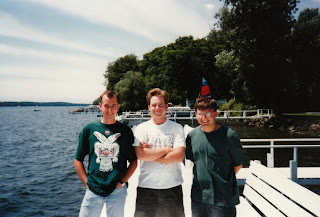 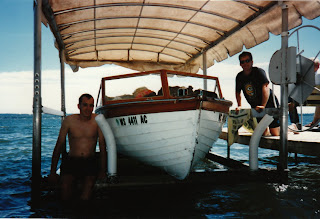 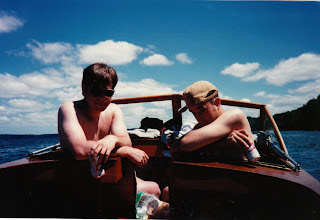 If I had a nickel for every can of Leinkugels that has been consumed on that boat...

Thanks for sharing, Joe! 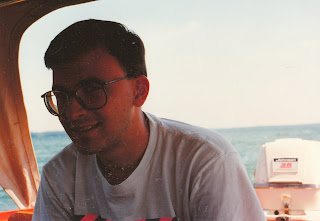 One parting shot. It's this time of year when I start getting "boat sick" (as opposed to sea sick). I was playing some music earlier in the week that reminded me of being anchored in Green Lake's Norwegian Bay with friends. And beer. This summer is going to be strange without any GL visits planned. 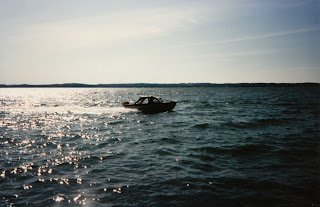 Surely you can write off a visit as a "business trip" to inspect your rental property.

You know where you can stay. 50 degrees here yesterday. I think spring is here (bubblubblubblub----'er!-----hands over bong)

Believe it or not, yesterday afternoon it was one degree warmer in Chicago than it was here.

Gulp. So young! We'll be in WI some time in July. Reminds me that I need to get a scanner, 'cos I've got a few more to share.