Pedaling through Del Mar on Thanksgiving morning, my CarDar® spotted a BMW E28 5-series that caused me to make a u-turn and take a second look. 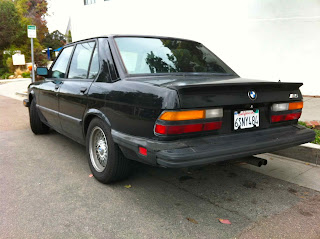 To most, it's nothing more than a dirty 1980s yuppie-era BMW sedan. But to car dorks like me, the mesh wheels, subtle spoiler and faded badge... 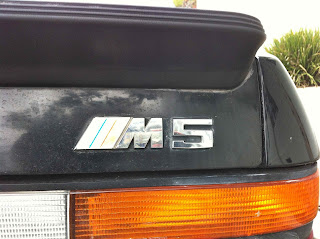 ...make all the difference. Yep, it's an M5, product of the Motorsport division of the Bayerische Motoren Worke AG. 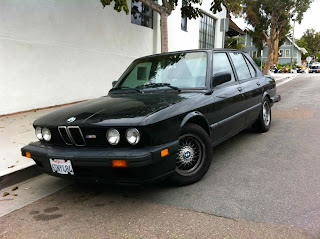 Making this car special is primarily the 3.5l straight 6, with an output of 256 HP in US guise. Down on power by 26 HP as compared to it's European-spec brethren and saddled with unsightly "diving board" bumpers... 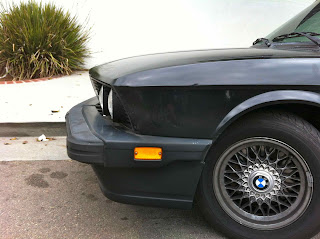 ...it's still a worthy and rare machine. Only 2,191 were built during it's four year model run. 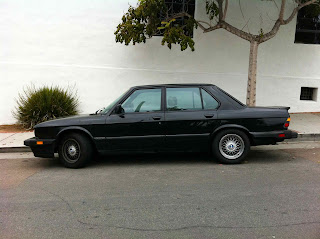 Hope you like black as it's the only color the model was available in. 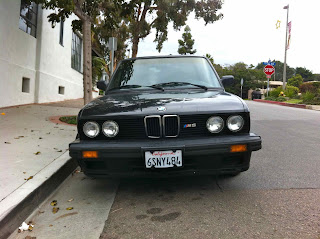 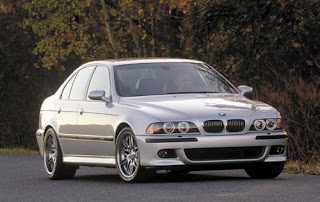 A quick search on AutoTrader shows that prices on these Bavarian Beasts are coming down to the mid-$20s now. Too bad the care and feeding is a bit out of my budget.
Posted by Green Laker at 6:08 PM

Email ThisBlogThis!Share to TwitterShare to FacebookShare to Pinterest
Labels: BMW, cars, Down on the Street, E28, E39, M5

I would like to recommend that you pick the best Forex broker.