This past July the three of us decided to conquer a large part of one of the classic American roads - California Hwy 1. Our final destinations was our friends Don and Stacey in San Jose and then Bill and Kiera in Oakland. Plenty of camping was planned for the trip both up to and back from the Bay Area and we brought the Electras along for good measure.

To get to 1, we had to first traverse Orange County and then the LA area to get to Santa Monica - the southern terminus of this great route. No big deal, we left after the morning rush and planned on eating lunch along the coast. 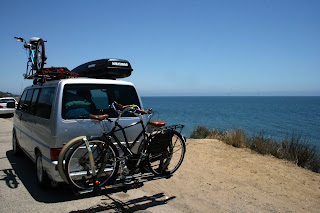 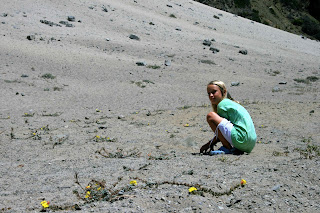 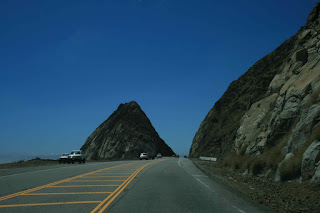 Pismo Beach or San Louis Obispo was target for the first night of camping. We had a few different campgrounds on the list and were hoping for cancellations so that we could spend the night on the water. However the first couple of state beaches were full. Calling a private campground in the Pismo Beach area that offered hot springs sounded promising, until we actually pulled in lot and found about eight tent sites in an 80x160 gravel/dirt plot with zero privacy. Thankfully a half hour or so up the road we found a great, yet small, county campground outside of San Luis Obispo. 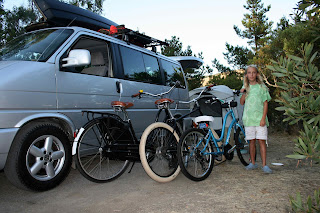 We were only offered one night camping at this place since their annual Renaissance Festival was happening that weekend at the park. No problem as we had planned to be on the road anyway. The "magicks" were definitely in the aire that nighte with plenty of Renaissane enthusiasts setting up camp for the weekend. For some reason I craved a turkey leg. 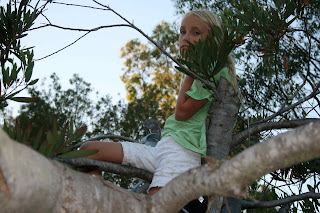 as previously mentioned on this lame blog, this is the summer of tree climbing for the grrrl 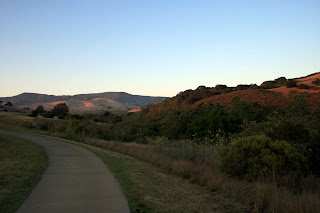 that night we went for a short ride on this narrow bike path. oops, I mean golf cart path 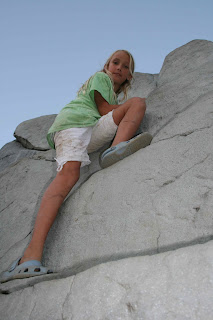 rock climbing is almost as fun as tree climbing 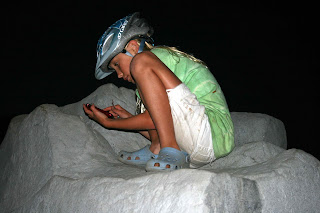 We had a good night's rest with the three of us spread out in our four man tent - even though the camper in the neighboring site had her classic rock on a bit later than we would have desired. But what's camping without getting the Led out?
Posted by Green Laker at 9:45 PM