My parents were out here about a week and a half ago and stayed with us for 8 days. When they lived in Southern California 40 years ago, they too took every chance they could to explore. However, one of the places that they did not get to hit was Santa Catalina Island. Thanks to their generosity, we were able to visit the island with them.

The third largest of the Channel Islands of California and located about 22 miles from Los Angeles, Catalina is the only Channel Island with any significant civilian development. Thanks to their generosity, we were able to visit it with them. 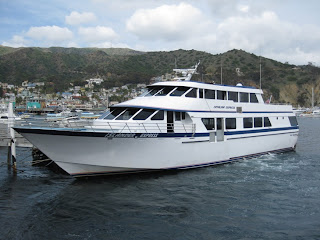 We took the Islander Express from Dana Point. A sleek 97' monohull design that cruises along at 30 knots. Sadly about halfway into the 90 minute trip, Celeste started feeling ill. That followed Allie's feeling ill by about a half an hour. Thankfully the seasickness wore off for both rather quickly after being on solid ground. Next time maybe they should hit the Dramamine instead of the wristbands. 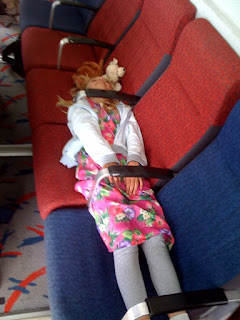 Celeste was able to get comfy (prior to the seasickness) 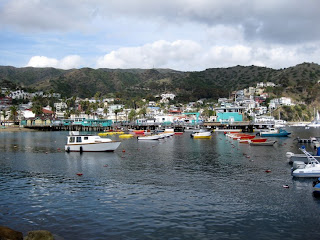 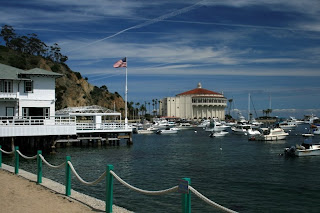 The Casino (toured the next day)

We checked in, ate lunch and wandered the quiet streets of Avalon. Being the total car nerd that I am, I enjoyed the transportation choices that many of the town's 3500 permanent residents chose.
Gas powered golf carts and Japanese "kei" trucks abound. And some of the golf carts were hardly recognizable as golf carts due to their custom body kits. 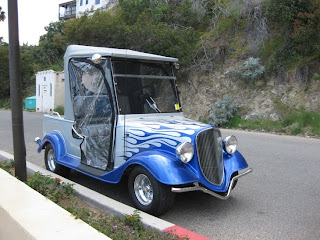 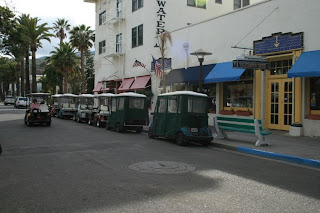 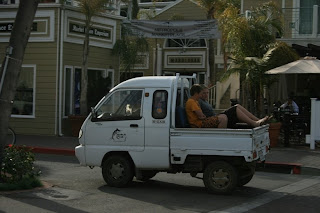 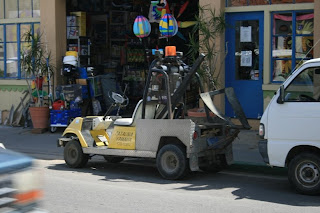 The "regular" vehicles were mostly left unlocked with the keys in the ignitions. Even this rare never-offered-in-the-US VW T3 Transporter. 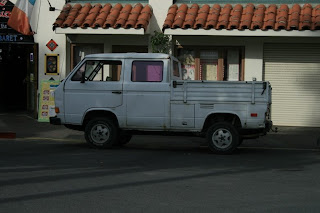 Then again, if you stole it, where would you take it?

At two o'clock we headed out on the Island's Skyline Drive tour. This two hour tour took us from Avalon up to the island's "Airport in the Sky" and back. Celeste and I sat up in the front row "roller coaster" seats and had a stunning - if bumpy vantage point. 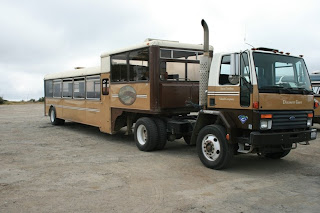 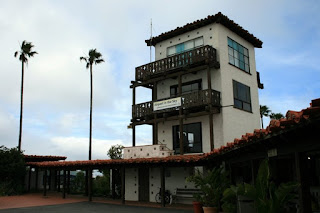 Control Tower, Airport in the Sky 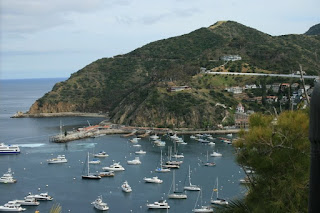 Wm. Wrigley house is the big white one on the hill (slightly right of center)

After touring the island on the tractor trailer rig, we found the only mini golf course on the island. The course was quaint and old-school. No modern fiberglass or plastic obstacles to putt thru. Just a lot of astroturf covering concrete ramps and berms and plenty of options into which to putt. 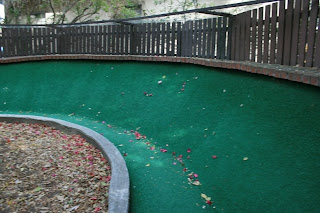 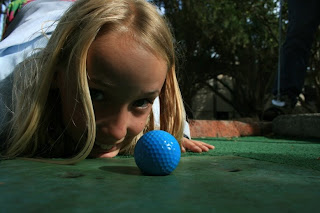 miniature golf makes Celeste happy!
What's the only thing possibly more fun than mini golf? Jumping on hotel beds! Celeste may be mediocre at golf but she's a superstar jumper. 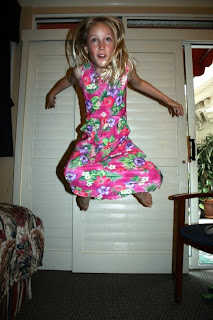 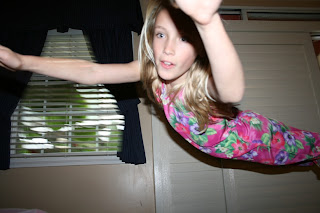 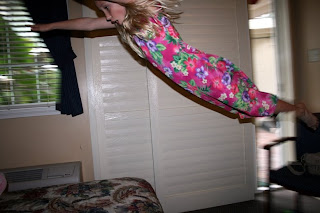 After a good dinner we called it a night. More to follow...
Posted by Green Laker at 8:45 PM

Oooh....you know I love me them Kei Trucks.

The flying Celeste photos are awesome!