When doing some xmas shopping last month, I learned that LegoLand offers a shopping pass for those who want to hit their gift shops. It's not advertised on their website or anything, I had to call the park for the details. 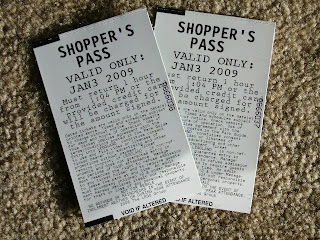 Anyway, after paying ten bucks to park the car, you can go to guest services and request a shopper's pass. The LegoLand employee will run an imprint of your card with a full-fare admission price. Return to guest services within an hour and they'll give you your imprint back. Oh, and they'll refund your parking fee if you spend at least $20.

First stop was the Lego Clubhouse - where you can buy bricks in bulk for $7.99 per quarter lb. 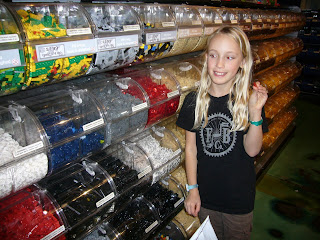 They have a fairly limited selection of basic blocks, but do have some specialty bricks like wheels/tires/windshields/doors/etc, along with some hard-to-find brick colors. Celeste and I ended up with about five dollars worth of Legos and then started heading over to the Technic store to look for bulk gears and such. 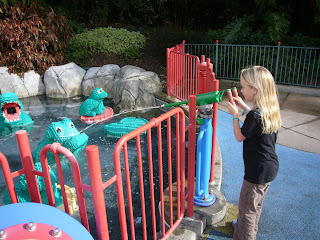 Even though we had a shopper's pass, she still took in at least one of the small attractions 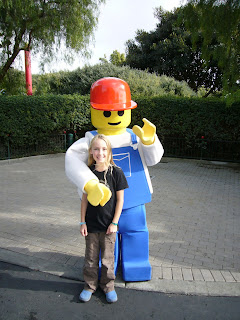 Legoman grabbed her and told her to spend money and to stop having fun
The Technic store was a bust, but we did check out a giant Einstein head. 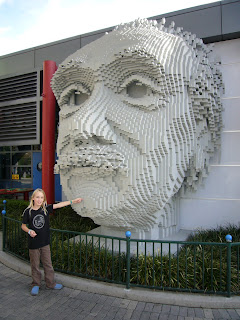 Finally we made it back to the Big Store... 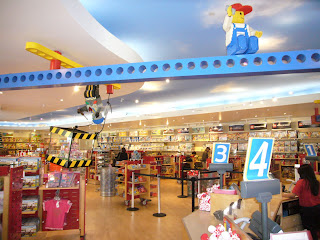 Celeste had returned one of her few non-Lego and non-Webkinzzz gifts and decided to spend the money on a Coast Guard Platform, exclusive to Lego.com and LegoLand.

We sped home and broke open the box to start building. 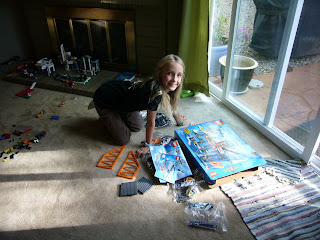 I made a car with some of the loose bricks from the Club House... 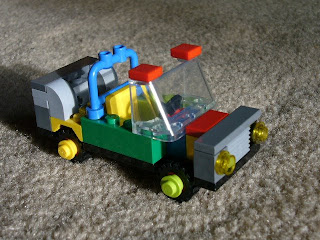 ...while Celeste made a far better vehicle. 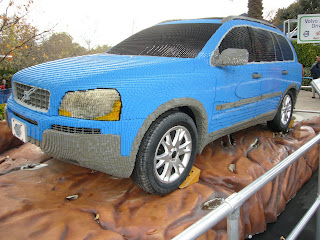 Allie watched on and painted. 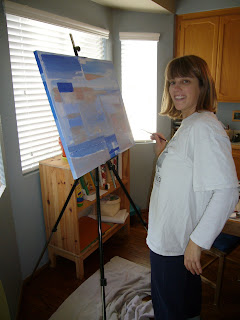