Our first camping field trip since moving out to California was this past weekend. As is to be expected at this point, Klaus took us on another adventure, this one a little bit more unusual.

A friend gave us Weird California for xmas, a fun book that has chapters on some of the Golden State's more peculiar points of interest. When reading it over the holiday break one chapter was especially intriguing - that of the Salton Sea.

On the way we stopped in the Anza-Borrego Desert State Park to eat and stretch our legs. We ventured a half mile or so up Lizard Wash (an unimproved gravel road) and found a good wide spot on the trail to stop. 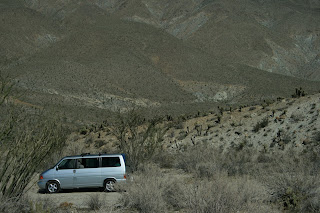 Surrounded by jumping cholla and ocotillo and barrel cacti, Celeste went out to explore while Allie and I snapped plenty of pix. 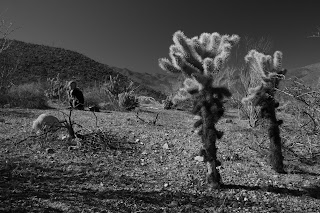 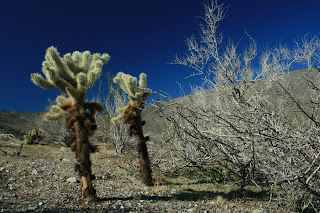 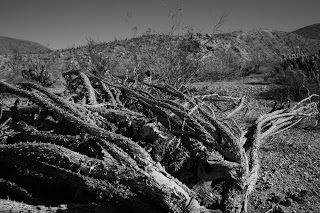 Located in Imperial and Riverside Counties, the Salton Sea is the largest lake in California, covering about 370 square miles. Created in 1905 due to a breach in an Imperial Valley dike that flooded the Salton Sink the Salton Sea has no outlet aside from evaporation. Due to this, the salinity level has increased over the years and now stands at 4.5% (the Pacific is about 3% off the coast of California).

We camped at the Salton Sea State Recreation area. While there were beautiful boating conditions - temps in the 80s, low wind, etc, the only thing moving about the lake were the pelicans and California gulls. A few fisherman were on the shore, but that's about it. Thankfully the campground was clean and quiet. 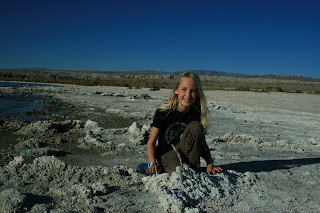 and so castles made of salt
fall in the sea
eventually 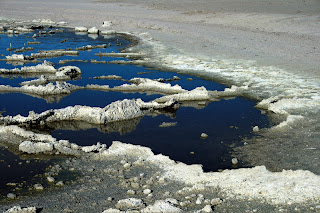 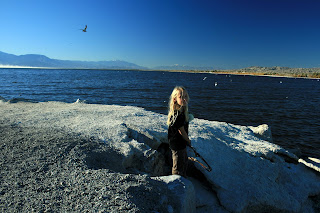 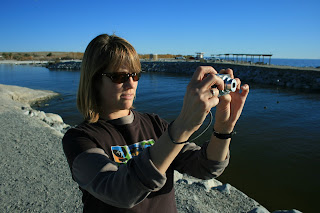 In the 1940s and 50s the area was a popular tourist destination with boaters descending on the lake in large numbers. The high salinity and low altitude (227 feet below sea level) allowed for speed records since there is a higher oxygen level (more HP) and the better flotation. At one point, there was a 15-lane boat launch at the state park. RV parks and resorts catering to the masses were built, but by the 1960s, agricultural runoff reached biblical proportions and the water level began to fluctuate wildly. Whole towns and sections of towns were suddenly swamped by ever more saline flooding. We'd see some of the results the next day.

I hadn't yet slept in Klaus, so we decided that all three of us would share the bed. It's slightly wider than a full-size mattress. Thankfully we're all relatively thin. 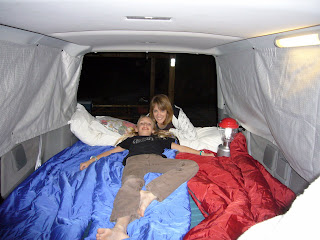 Celeste loooves the Peanuts pillowcase cover from my youth. 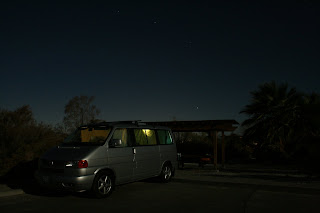 under a full moon 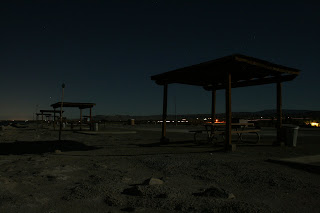 day use picnic shelters after dark 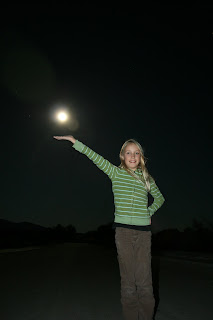 After a somewhat-decent night's rest, we packed up our gear and hit the road to follow the eastern shore of the lake. 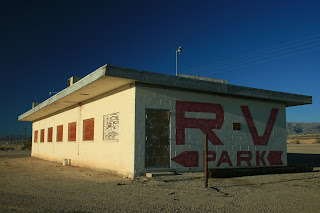 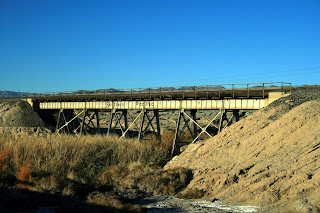 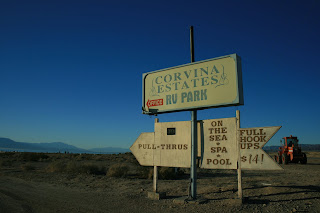 Bombay, California is one of the cities that was swamped in the 1970s by a combo of a storm and a fluctuating lake. It's a one square mile town filled with several hundred mostly decrepit trailer homes. With a median income of $17,700, it's one of California's most affordable cities in which to live. 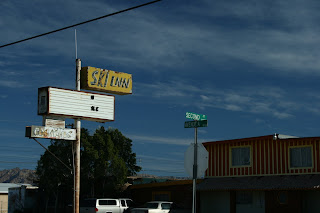 anyone up for a cocktail? 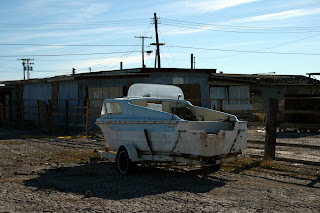 "ran when parked"
On the other side of the seawall lays the remains of the waterfront property that was flooded in the 1970s. Not much left other than some old trailers and structures slowly returning to the Earth. 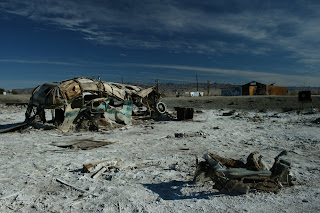 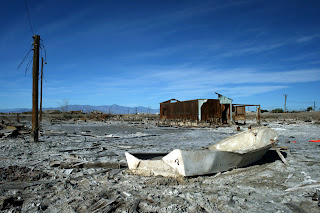 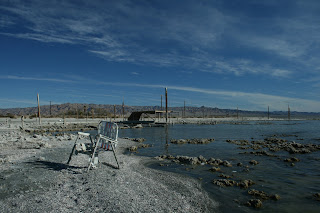 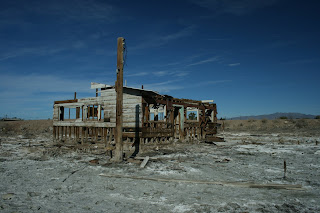 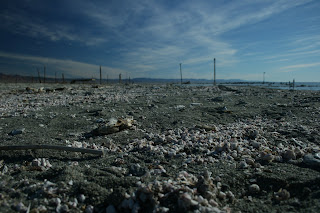 With our memory cards bulging at the seams, we said goodbye to this surreal place and headed around the south side of the sea prior to heading back into the mountains.

One last stop up Lizard Wash for some more fresh air and exploring. 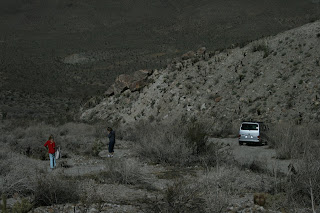 Found a nice barrel cactus too. 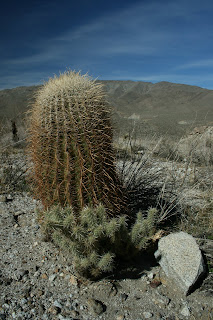 Oh, and these Salton Sea documentary DVDs are now in our Netflix queue.
Posted by Green Laker at 10:00 PM