A couple of interesting air-cooled vintage VWs, spotted during today's North County ride. First up, this Splitty that was visiting the same repair shop that the Renault R8S (posted below - or here) was visiting last week. 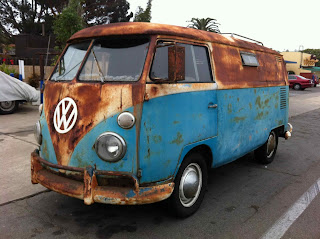 From the looks of it, this Bus panel van may have just awakened from a long, ocean-side slumber. 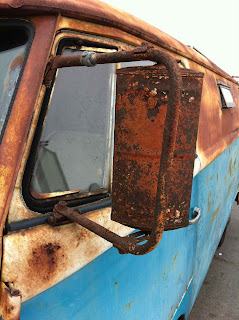 That's not rust, it's patina. Right? 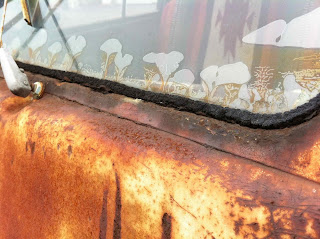 No, it's rust. And rotten rubber gaskets and delaminating windshields. 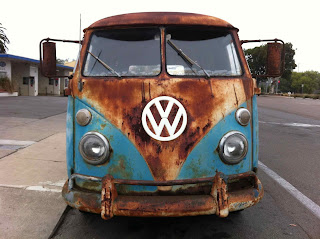 But just look at that face. 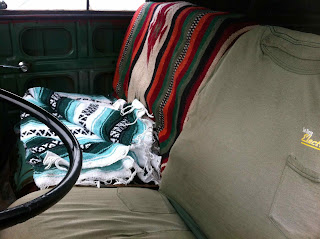 And what ratty interior isn't improved by at least 65% with the addition of old pocket t-shirts and zarapes covering peeling German vinyl? 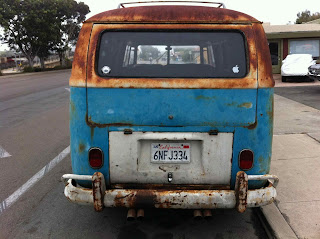 Detail on the non-stock engine compartment cover. Too bad it's not sporting a nice set of vintage California black plates. I wish I was smart enough to be able to make out the original selling dealership's location. 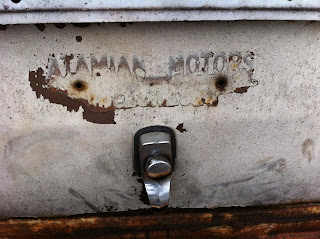 This clean baja Bug/dune buggy was parked about fifteen miles north of the Bus. 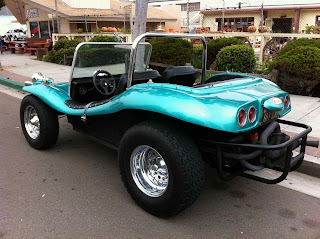 No surface rust to be found here. Then again, it has a fiberglass body. 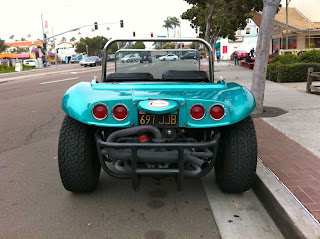 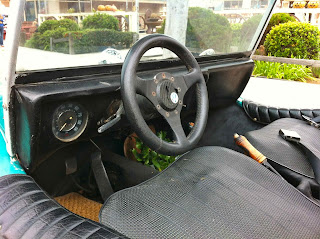 The steering wheel's too modern for my tastes, but I like the Beetle speedo.

And here's a tip for budding car photographers/cyclists. This is the kind of poor composition that results after spending about 75 miles in the saddle. And when you're too lazy to unplug the headphones from the iPhone and get your ass off the bike to properly compose a shot. 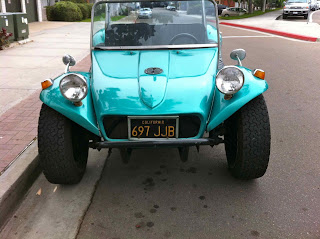 Blech, I suck. But at least the car has a proper set of black plates.
Posted by Green Laker at 7:38 PM

Email ThisBlogThis!Share to TwitterShare to FacebookShare to Pinterest
Labels: cars, Down on the Street, dune buggy, VW, VW Bus