Down on the Street - Neighborhood Trucks!

These two vintage Chevy trucks were visitors to our neighborhood but looked oh-so-good on the street. fancyPhone in hand, images were snapped.

The first one is owned by a carpenter who was working on a project. So refreshing to see something other than, say a refrigerator-white Econoline. 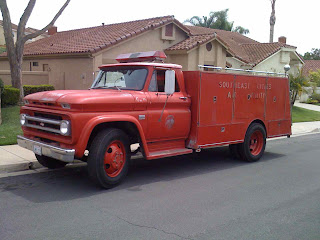 Looks like it was previously owned by an air utility. Me thinks it was part of a fire brigade prior to that. 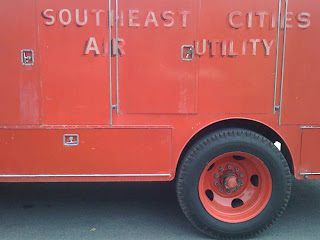 Sure it'll fit a 4x8 sheet of plywood: 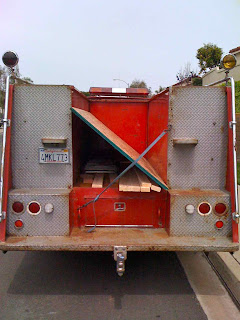 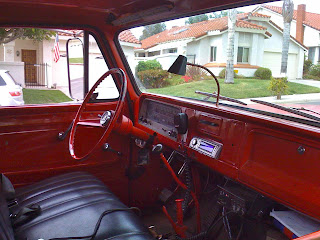 cupholders? bah, put your damn gas station coffee between your legs!
One fine-looking Chevy that'll likely still be on the roads 30 years from now (as long as there is still gasoline). 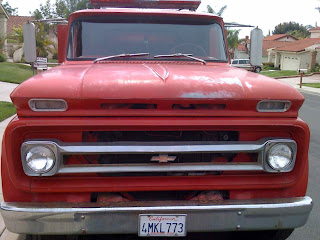 And speaking of fine-looking Chevys, I came across this visitor over the weekend: 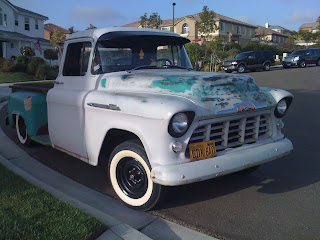 I've seen this '56 on Carlsbad-area roads a couple of times, but never had the opportunity to take any pix of it.

Some damn fine patina on the hood... 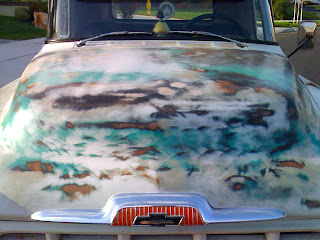 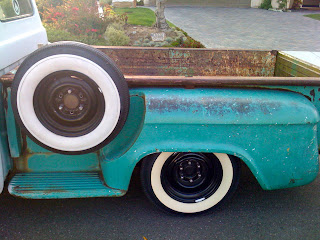 Those wide-white bias-ply tires on black steelies are perfect too. As is the mis-matched tailgate: 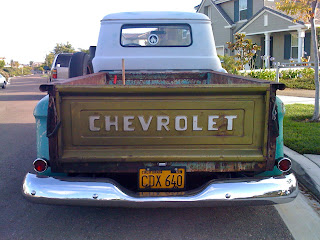 And look, it's been in California since it was first registered, 54 years ago: 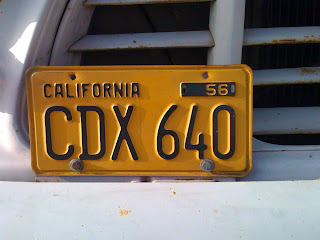 The interior features just as much stamped steel as the ex-fire truck above, but with a fair amount of surface rust: 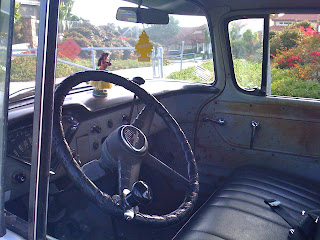 in-car entertainment? the dashboard hula doll.
At least the seat has good upholstery. I'd happily drive this truck as-is, maybe raising the height of the bed for added function. Of course a healthy dose of LS7 would do wonders and create a fantastic sleeper. Or, for those who lean a bit more green, GM's LS3.
Posted by Green Laker at 8:24 PM

Email ThisBlogThis!Share to TwitterShare to FacebookShare to Pinterest
Labels: Carlsbad, Chevy truck, Down on the Street

Air Utility? What, do people have air piped to their houses? I knew the smog was bad in L.A. but....