Down on the Street - Leucadia Two-Fer

I pedaled my Electra Ticino down to the funky beach community of Leucadia, CA a few weeks ago to shop at Lou's Records on Record Store Day. Since I was on a bike, I found it much easier to finally snag some shots of a couple of tons of South Bend and Detroit iron that are often seen parked on Coast Highway.

First up - a 1957 or '58 Studebaker Transtar 3-E pickup sporting a nice patina of coastal rust and mold. 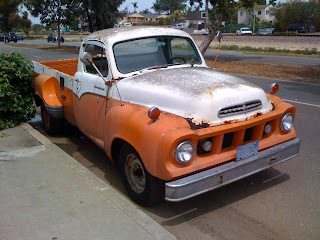 Check out that super-utilitarian bumper. And the paint scheme almost looks as if it was a part of the U-Haul fleet at one time. Too bad the spare tire is missing from the passenger side. 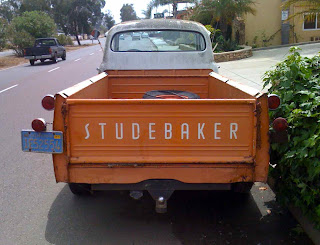 This truck is often seen parked in front of an antique store. How appropriate. 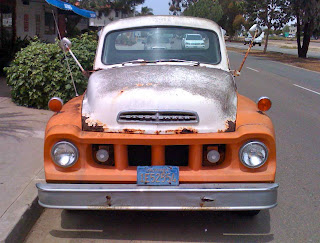 More of that mold: 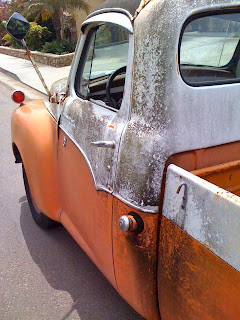 Even though it's probably past being a candidate for restoration, it's still cool to see it being used on a regular basis. 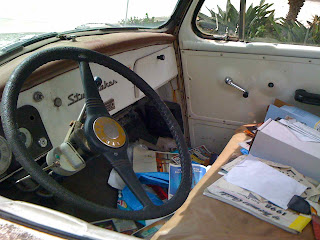 Drive mile or two south of the Stude and you'll often find this chopped and channeled 1948 (I think) Cadillac sitting in front of a tattoo parlor. 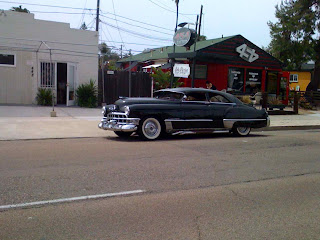 It's been in this state of completion since I first laid eyes on it a year and a half or so ago. You can clearly see where the A, B and C pillars were cut. 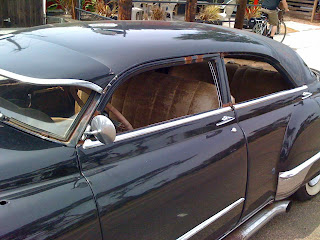 The visor does a great job accentuating the low and mean look, as do the lake pipes. 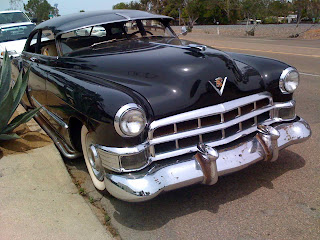 Hmm, it's got a hitch. I bet that vintage Airstream I featured a couple of weeks back would look great behind this black beast. 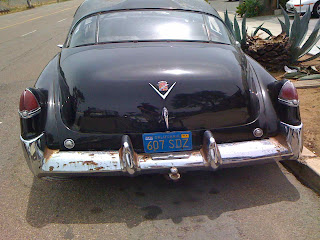