For as long as I have been driving, I've kept a mental checklist of cars that I'll own before I'm dead. These are all "obtainable" cars - no fantasy-garage fodder - and most can be found in decent shape for less than $10k in today's market. 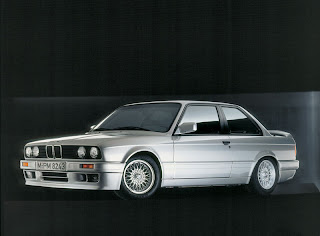 Now that we don't live in a cold-weather region, a RWD car without traction control or other safety nannies can make sense. "E30"-generation BMW 3-series cars are relatively light, nimble, very-well built, powered by a sweet I-6 engine, inexpensive to buy, insure and repair. Even the parts cost no more than comparable VW parts. 1988-91s have a nicer looking plastic bumper, replacing the "diving board bumpers" from the earlier models. Too bad the ultimate E30 - the first-generation M3 models are so expensive. 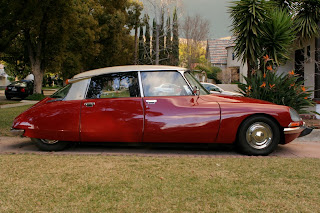 I mentioned the DS in a post last week. Stunning mid-century modern/space-age design, a funky and buttery-smooth riding hydropneumatic suspension and plenty of French quirkiness. 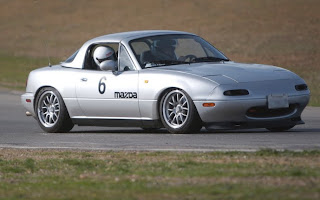 The authentic reinterpretation of the iconic British roadster, sans-reliability and rust issues. Like the BMW E30s, they're light, cheap, nimble and plentiful. Who cares that some label these as "chick cars" - those people won't know what they're missing. The 1994-97s are the last of the "NA" body style and had received some nice refinements from the early Miatas. I'll take one with a hardtop. Take it to the track! 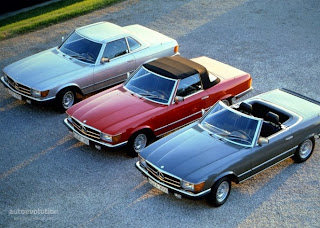 This one might have to wait until I'm about 60 or so - it's somewhat of an old-man's (or old lady's) car. The R107-body SLs had an impressive 18 year run of this now-timeless design, during which it was available in the US with 4.5, 3.8 or 5.6 liter V8 engines. All silky smooth, and all unfortunately saddled with automatic transmissions. I'm not a big fan of convertibles, but what a great car for cruising Palm Springs or La Jolla. Screw it, I'll take one now. 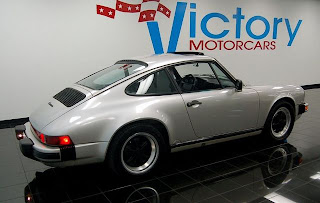 The most-expensive auto on the list represents the end of the run for the iconic 911. The last two model years of this sports coupe classic were spec'd with the upgraded G50 5-speed transmission, bolted to the air-cooled flat-six engine. Mine will be like the one pictured above: a coupe, metallic silver, Füchs wheels and NO spoiler. This particular example is hovering at $20k on eBay at the moment and is just about as perfect as an automobile can be. 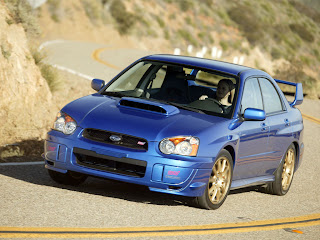 The WRX wagon I drove from '04-'08 was arguably the best car I've ever owned. A super-versatile wagon that was super-capable in all weather conditions - especially when equipped with the seasonal snow tires. But the next WRX to grace my garage will be a 2005 STI propelled by a manic 300HP 2.5l turbo boxer engine. Delete the boy-racer bookshelf wing from the trunk and make sure it has the silver BBS wheels. 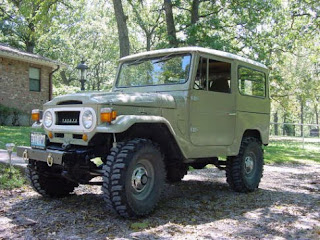 Where can't an FJ40 go? Well, maybe the moon, but that's about it. For true truckiness, the FJ40 can't be beat. And Toyota's F-series engine can be repaired with no more than a rusty screwdriver and a pair of channel locks. That is, if you ever even need to repair it. This FJ makes the contemporary FJ Cruiser look like the bloated pig that it is. 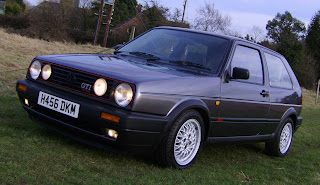 VW's "A2" chassis is my favorite. Still light and simple and free from the electrical gremlins that plagued A3 and A4s. The 2.0l version puts out a respectable 134 HP, enough for fun but not too much to get you in trouble. 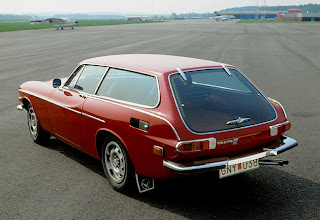 Oh yeah, a two-door wagon. The P1800 was Volvo's take on a sports coupe. Built around Volvo's indestructible B-series motor and wrapped in a taught, efficient body. The ES ("estate") was only available during the last two model years, 1972-73, and offered a distinctive tailgate design which influenced the rear of Volvos C30 of the 2000s.

and something with a rear mid-engined layout 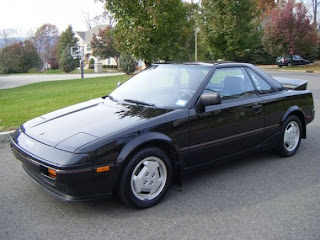 Ask a driving enthusiast what's the best layout for an automotive drivetrain, nine out of ten will tell you it's a rear mid-engine style. With favorable weight dynamics, it's been the layout of choice for many grand sports cars. I'm a bit more modest and would be happy with an early MR2. Early Porsche Boxster prices have dropped precipitously over the past couple of years, it's now possible to find clean, low-mileage examples for around $10k.

Okay, that's a lot of iron there. I better get on it and start knocking some of these off the list.
Posted by Green Laker at 6:00 AM

Nice to see your car that owned.They get back to the market with a new fame,if anyone want to take this responsibility.I like these models.All with awesome specs and old technology.I just love to drive these models.Nice work done on this blog, its really very informative.However if you want to check the Vin of your car so side a look on bmw vin decoder full.

The cars are just perfect !! Brilliant, actual! Right now I want to change my old Ford for something super c-o-o-o-ol from the same exhibition. What model do you think I should buy? One advice of my friend that I remember exactly is the need to check the car before buying https://vincarhistory.com/license-plate-lookup/new-jersey. In general, you can buy anything you like, if only it would be compatible with your budget)

Nobody can reject the info you have given in the blogs, this is actually a great work.best 6.5 car speakers