(continued from Pt. I)

Once I realized that I wasn't going to have much luck finding most of the cars on my initial list in decent shape for my somewhat-limited budget, I started focusing the search on Miatas and BMW E30-chassis 325i and 325is coupes. Per my original requirements, they're both cheap to initially purchase and to operate. Parts and insurance don't cost much, they're both easy to work on, have strong enthusiast bases and neither are gas hogs. And, having been built in the late-80-early-90s, both are equipped with some modern safety features.

Also, since this was to be a fun toy/hobby car, a manual transmission was a requirement. Sorry, no slushboxes - I already own two vehicles so equipped. And while I had initially hoped to find decent '94-'97 1.8l Miatas in my range, I discovered that my budget was about $2k short.

Off to crazedlist.org, a website that allows the user to search multiple Craigslist pages at once, while using the same search criteria. Being in a population-dense location, I searched the San Diego, Orange County, Imperial County, Inland Empire and Los Angeles pages all at the same time. Here are some pics from the ads that popped up: 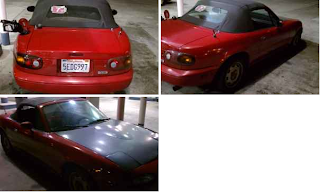 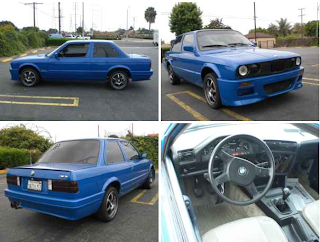 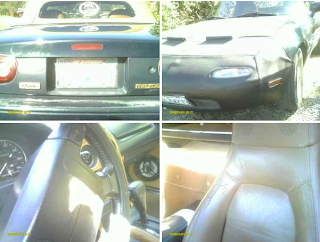 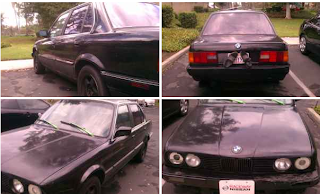 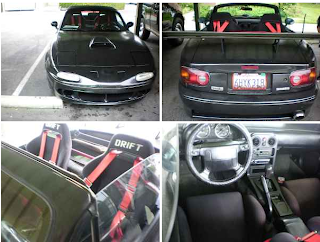 Feeling frustrated at the questionably-modded and/or clapped-out nature of most of the cars (as well as the obligatory horrible Craigslist photos), I then decided to reach out to a colleague at Mazda USA. Turns out, one of his friends was trying to unload a 1990 Miata. 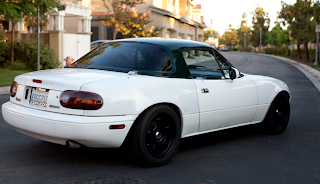 He had planned on turning it into a Spec Miata racer, but lost his storage space before completing the job. The owner replaced the soft top with a hard top and had installed the full Spec Miata suspension, among other goodies: 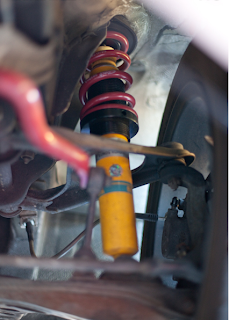 The good news is that it was within my budget, included a lot of spare parts AND was still usable as a daily driver in it's current state.

However, I was afraid that this particular car would be a bit too extreme for Allison's tastes - and it turns out that the seller was not available to show me the car, located about an hour away, on the weekend that worked best for me. But exchanging emails with the seller ignited some long-dormant Miata fever in my brain. I had always liked the classic "NA" Miata and had started searching for one, just for kicks, close to six years ago when living in Wisconsin.

Turning back to Craigslist once more, I noticed a clean, relatively low-mileage, original-looking '91 Miata that had just been listed for sale here in Carlsbad. While it was a bit higher in price than my original goal - as well as red (my least favorite of the four original, standard Miata colors), I figured it'd be good to see it and drive it anyway - at least to further my knowledge of how these cars look and perform. To be continued...