Not wanting to hold on to two Miatas of the same vintage, one was going to have to go. 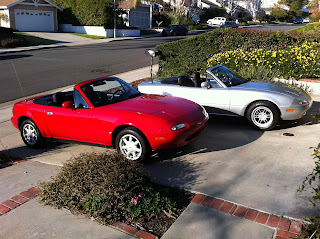 (pic taken after I had already swapped the wheels, see below)

The trouble was, having limited discretionary funds, I couldn’t afford to get the silver car registered and road-worthy in order to properly evaluate it against the known entity of the red car. Plus, an overly-aggressive underhood cleaning by yours truly kicked the crap out of the silver car’s ignitor/coil module. One of the spark plug “outlets” ended up cracked and charred - possibly from moisture entering. 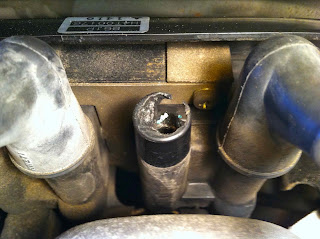 I don’t really know if I actually caused all of the damage or just exacerbated what may have already had one foot in the grave. But I do know that after the engine was considerably cleaner, it ran considerably worse and would not rev over about 1,500 RPM without the number three cylinder misfiring. At least that part is one of the known weak spots of this marque, with an average lifespan of 60-80k miles. With nearly 102k on the clock, the part was likely on its last legs anyway. The silver car felt good during the brief test drive and pre-cleaning, short drive around Carlsbad, but not enough seat time was spent to have real confidence that it was going to be a reliable car.

So, which car would be sold? Do a quick flip of the silver car or the slightly more-involved and risky selling of the red car?

Body
One of the reasons the silver car was aggressively priced was due to the minimal damage to the rear quarter panel. The paint wasn’t quite as shiny as that on the red car, but it came back to life after a clay bar treatment, a couple of polishings and two coats of wax. However, the paint was missing completely on the tops of the rear view mirror surrounds: 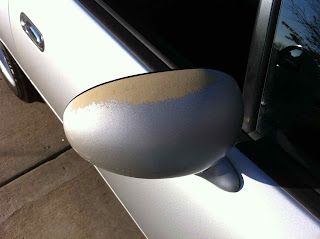 A few deep door dings sullied the body in a few places, the worst of which was on the hood.  As previously mentioned, the top is in excellent condition and has an upgraded glass rear window. The car also sports the world’s ugliest aftermarket replacement antenna in place of the OEM power antenna. 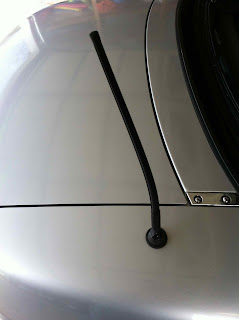 Lots of spider webs and egg sacs were stuck to the undercarriage. 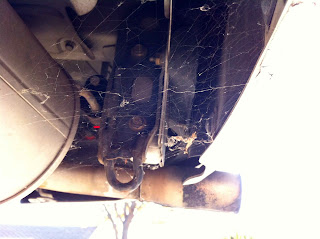 Interior
Aside from it smelling somewhat of bad carwash fragrance and having a thick coat of Armor All adding too much sheen to the abundant plastic and vinyl surfaces, not much was needed here. The front speakers were shredded paper OEM units and the most of the light bulbs in the radio were burned out. The owner’s manual, passenger-side floor mat and lighter were all absent.

Drivetrain
Since the car had been parked for more than a year before my acquisition, an oil change was high on the list of tasks – whether or not I decided to keep this car. The oil itself still looked good and light, but the filter was dated FEB 09. And I do know from this door jamb decal that the oil was changed once about twenty or so years ago. 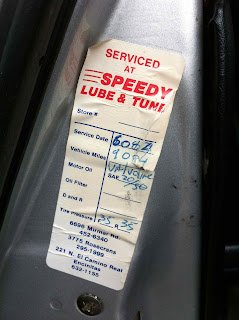 and the shop even over-inflated the tires by 9 PSI.

The almost two year-old oil would have to go. The ignitor/coil, referenced above, would also have to be replaced, along with the spark plug wires. Running the old license plate through the CA smog test history website showed that the car has consistently passed the inspection. There was an oil leak coming from the crank sensor location which dripped oil on the back side of the engine and on to the transmission. No big deal, a cheap and easy fix. It’s been too cool out to check the function of the A/C, but even if it was in need of a recharge and leak fix, the cost to repair is minimal. The red car didn’t even have A/C anyway.

Suspension, Brakes and Tires
The shocks on the red car were about 90% gone with very little damping left, but the original shocks on the silver car felt about 75% gone. Not great, but not in as much of an urgent need of replacement. Plus there are no virtually-impossible-to-chase-down squeaks on the silver car. The brake pads still had a generous amount of life left in them, and the rotors were thick and straight. The BF Goodrich tires on the OEM “Daisy” seven spoke wheels were down to the wear bars and showed significant cracking.

So, on the surface a lot of stuff checked out well for keeping the silver car and selling the red one. The higher-level of optional equipment, such as the A/C... 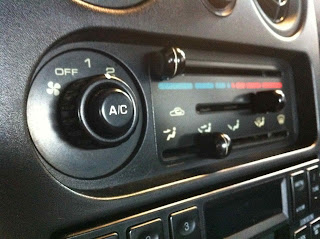 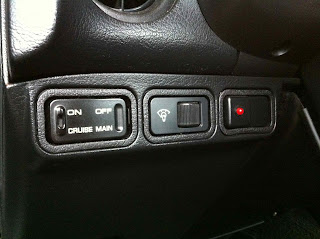 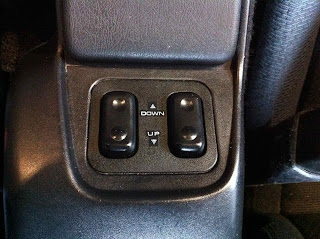 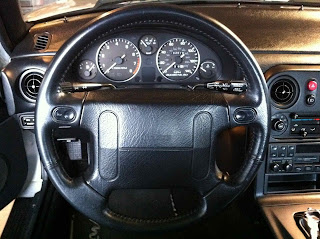 ...along with the fresh soft top and preferred silver color outweighed the relatively small list of things to attend to. Plus, keeping the silver one would give me more, much-needed Saturday afternoon wrench-turning projects.

The decision was made – the red car had to go.  Some time was spent moving many of the mods I had made on the red car over to the silver one. Wheels... 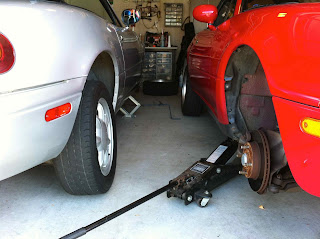 ...headlights and headlight surrounds and radio head units were swapped: 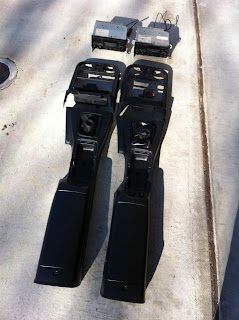 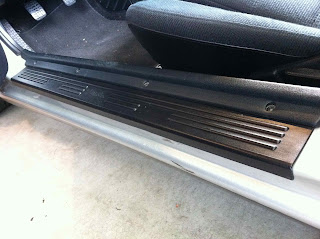 ...owner’s manual, passenger-side floor mat and lighter were all swiped from the red car, as was the battery disconnect.

A little clean up of the red car and some new pix and description were posted to Craigslist. 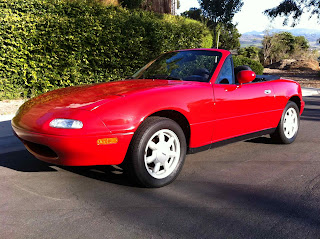 I must confess, I'm not a blog fan. but the standard of presentation and especially the quality of your content makes this blog most enjoyable.