Down On The Street - Driveway Edition

My friend Graham is borrowing a Honda S2000 for a few weeks while he decides if he wants to purchase it. Knowing that I'm a car geek, he came by so that we could take it out for a spin. 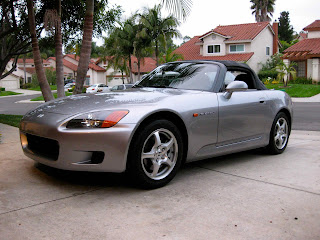 This particular "S2k" is a 2001 model, powered by Honda's high-strung F20C 2.0 liter four banger, putting out a healthy 240HP. At the time, this car had the highest specific output of any street vehicle, only recently surpassed by the powerplant in Ferrari's new 458 Italia supercar. 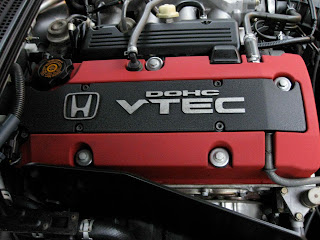 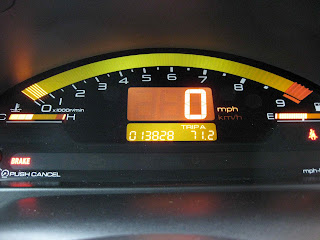 The fun really begins once the digital tach swings past 6k. Yep, you can tell that Honda also makes motorcycles - this car's character is much closer to that of a CBR than a Civic.

With only 2800 lbs to propel, the car has more than enough pep to get you in trouble. But it's not all about acceleration. The chassis has a perfect 50:50 weight distribution, incredibly sticky ultra-high performance summer tires and potent brakes. 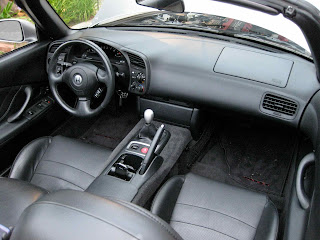 Inside the snug cabin has all that you would need. Supportive leather seats, a sport steering wheel coupled to superbly-weighted electrically-assisted steering and incredible brakes. The short-throw stick shift is mated to a six-speed manual transmission - with Honda's legendary "snick-snick-snick" feel as it moves through the gears. Aluminum pedals are well-positioned for heel and toe shifting. Oh, and there's a radio in there too, hiding out behind a door. But it'd be a crime to drown out the sound of the F20C revving away like an angry swarm of bees.

Come along for a drive, here's a (compressed) video from us taking it out on a local rural road:

Maybe if I'm lucky, this car will someday occupy my driveway - permanently.
Posted by Green Laker at 8:00 PM

Email ThisBlogThis!Share to TwitterShare to FacebookShare to Pinterest
Labels: 9000 RPM, angry bees, cars, Down on the Street, Honda, S2000