Just as we visited Palm Springs last year during the holidays, we took another field trip out to the desert with parental figures - this time my parents. 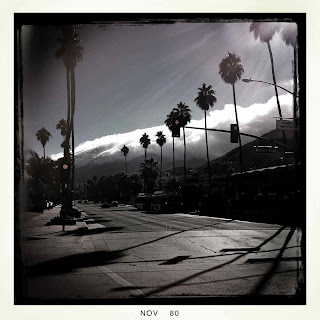 One big difference this time is that we hit the town just before Thanksgiving, whereas last year we arrived just before Christmas. Even though it was over a month earlier, the temps were still unseasonably cool.

We were greeted by the most intense double rainbow that we had ever seen: 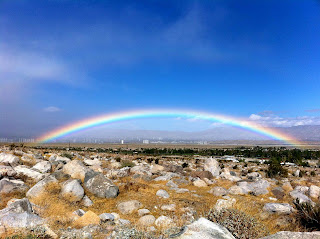 (sorry, by the time that I took this shot, the other rainbow was barely visible)
What does it mean?

Like the last trip, we stayed at a cool, rehabbed boutique hotel. This time it was the quaint Colony Palms Hotel. 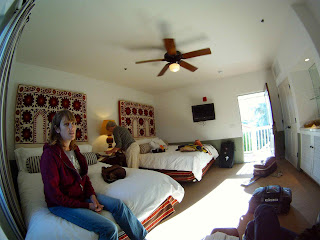 Nice and clean rooms - and, best of all, only $64/night on Hotwire. The Hotwire gamble paid off this time. The highlight for Celeste, of course, was the pool. We can't keep that girl dry if there's a place to swim. So she had to hit the hot tub the afternoon and evening of our arrival: 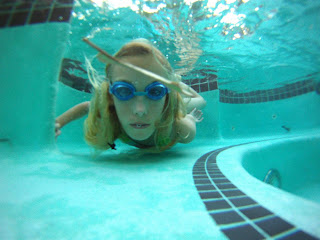 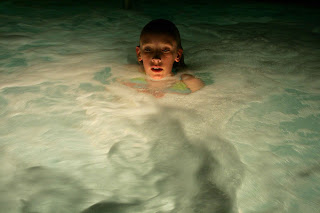 Walking to dinner Sunday night we found the perfect place to get your sushi massaged: 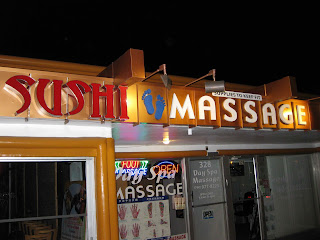 Monday morning saw another fantastic breakfast at the Kings Highway in the Ace Hotel... 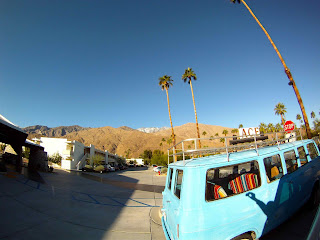 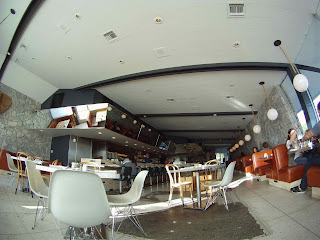 ...and having another round of photobooth phun... 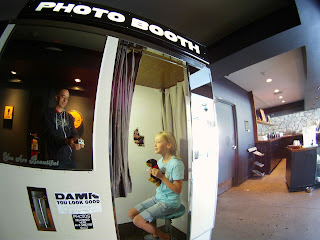 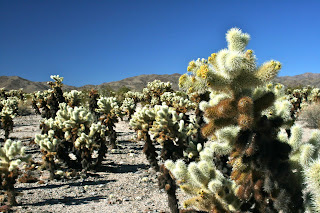 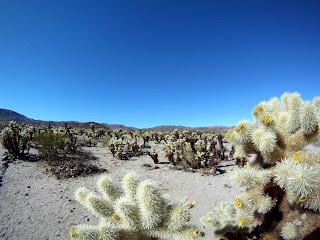 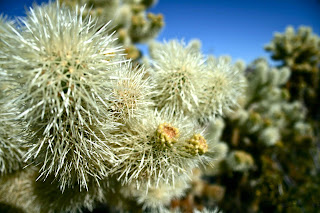 ...which look even cooler to me in black and white. To me at least: 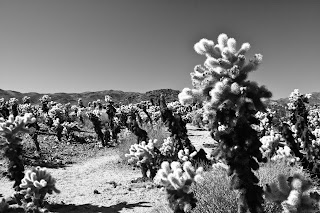 The namesake Joshua trees were seen once we made the transition from the Sonora Desert to the Mojave Desert, about midway through the park.

But not until we stopped to scramble on some granite... 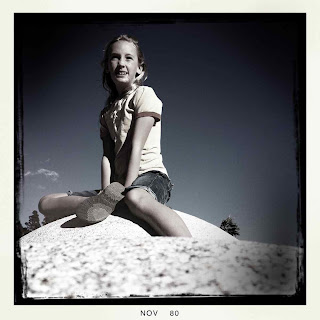 ...and checked out Skull Rock: 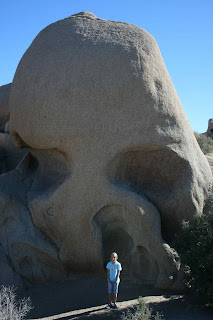 Okay, on to the trees: 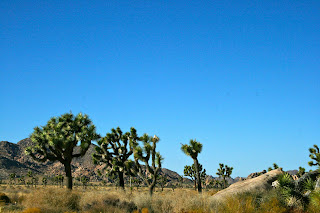 More stuff that looks cooler in black and white: 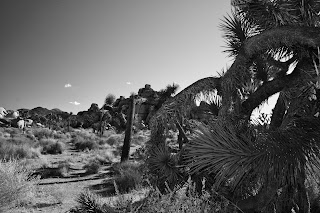 We eventually made our way to an interesting vista point with Mt. San Jacinto (tallest peak in SoCal) in the distance. 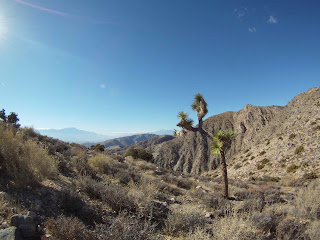 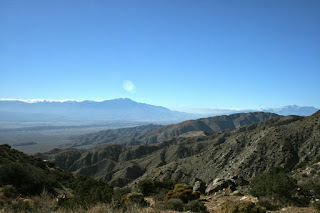 Since we spent many hours in the car, we were eager to get back to Palm Springs for a very late lunch and some pool time. One last shot (again, via the annoying-to-some Hipstamatic app): 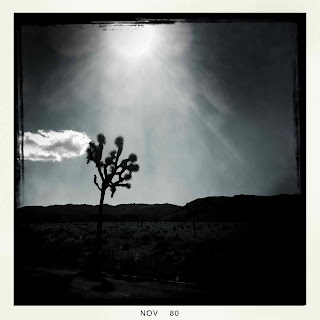 More hot tubbing ensued after dinner, producing one of my all-time favorite shots of the grrrl: 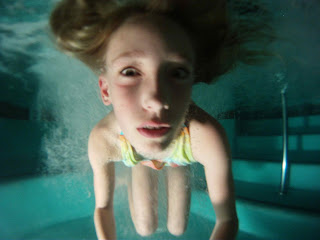 Tuesday morning saw us taking the Palm Springs Ariel Tramway up to 8,500' so that the grrrl could experience snow for the first time in nearly three years. 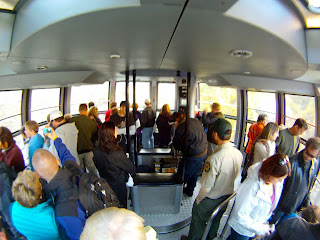 It's a super-cool lift, taking fifteen minutes to climb just under 6,000' in elevation. The modern cars, installed in 2000, have a rotating floor to ensure that everyone can experience the magnificent views on the way up (and down). 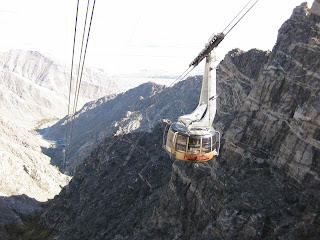 At 32°, my mom quickly discovered that her sandals were not the appropriate footwear: 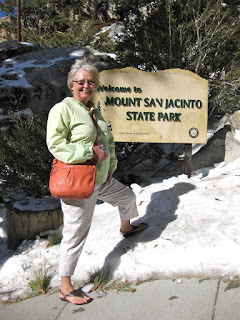 Celeste's Crocs were not much better... 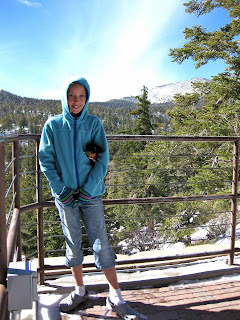 ...so grandma, grandpa and Celeste hung out in the visitor's center while I ventured out in the snow for a quick hike/trail run at ≈8,500'.

All Star slip-ons are not the best choice either, but "run what ya brung"... 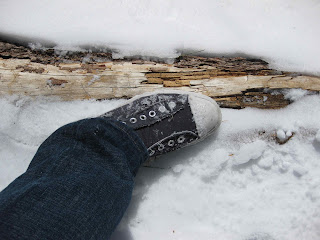 ...and run I did, enjoying the Desert View trail while avoiding almost-certain disaster even though I was poorly-equipped in slick shoes and jeans. 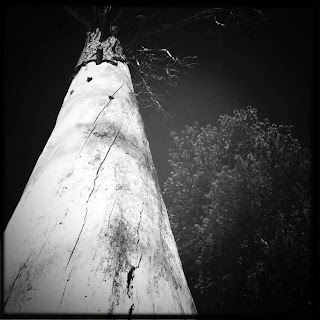 Having felt like I spent an hour or so in the Colorado mountains, we headed back down the hill... 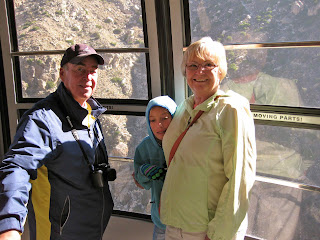 ...pulled back into the über-groovy mid-century modern tram station... 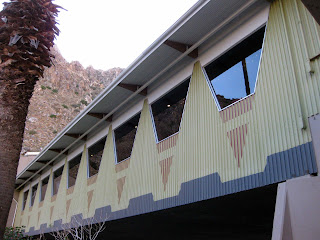 ...and headed back to Carlsbad.

Thank you so much Mom and Dad for joining us on this trip.
Posted by Green Laker at 8:22 PM

whoa...double rainbow all the way across the sky.

Looked like fun. We had the crew at our place and pretty much sat around and ate. And ate.