At long last, the grrrls and I headed up to one of northern San Diego County's landmarks - CalTech's Palomar Observatory.

I had visited the observatory last October - if only briefly - when I climbed South Grade Road on my road bike. However, with a motion sick-prone girl, I was a more than a little leery of the winding drive up the mountain in the van.

Click on the Wikipedia link in the opening paragraph for detailed background on the historic observator as I'm feeling fried and uninspired as of late - no surprise... Not mentioned in the article, but described in the visitor's center, is that some were worried that man would be able to see inside of heaven with the 200" telescope. Funny, the more time I spend in places like observatories, the more I wonder how anyone can believe in any kind of a god/higher power. It just seems utterly absurd and narcissistic when you realize how many hundreds of billions of galaxies that man has discovered. Okay, on to the photos. Sorry for those who don't like Hipstamatic-style shots.

First stop, the cool picnic area with some great climbing trees and boulders (perfect for Celeste): 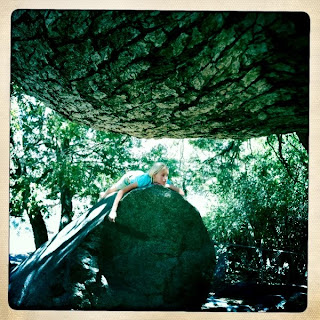 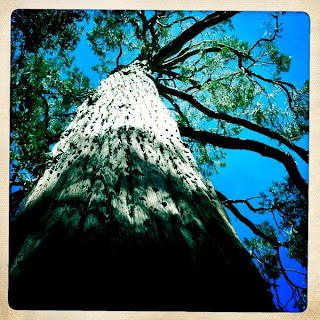 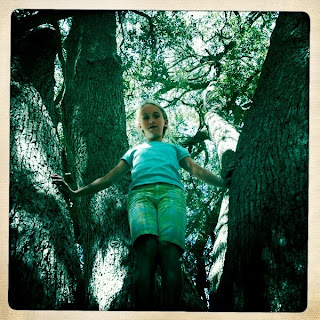 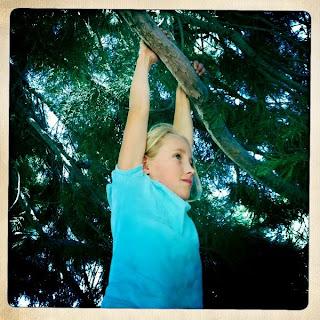 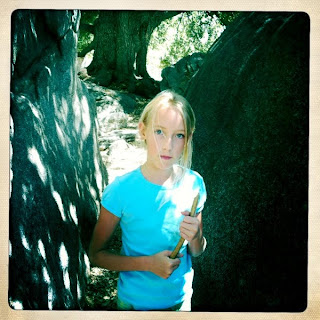 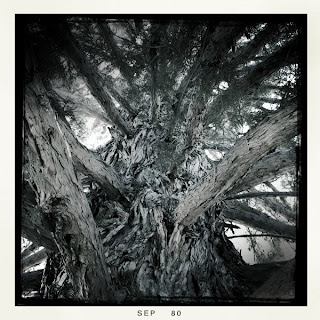 The visitor's center is both small and dated, looking like it was last remodeled during Reagan's first term. Still plenty to learn and discover. Needs more hands-on things for my grrrl though. 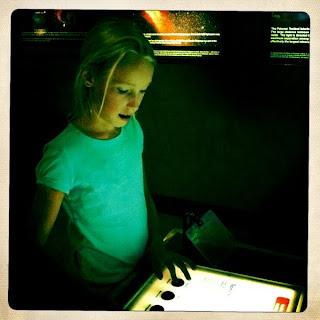 Cool light fixture (as shot from underneath it): 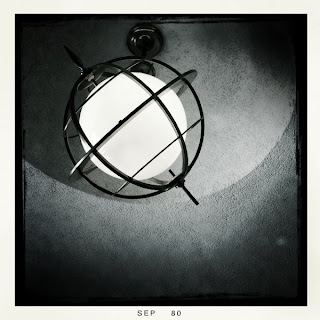 Model of the telescope: 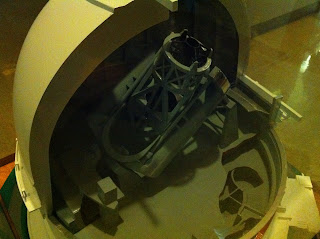 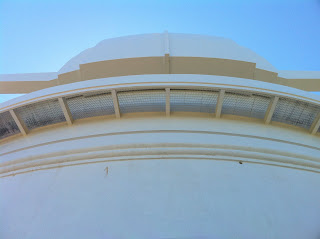 The telescope itself was named for George Hale, who unfortunately died about ten years prior to its completion. 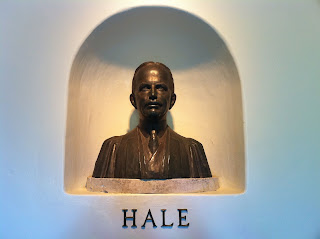 A good day in the sun, thinking about the stars. 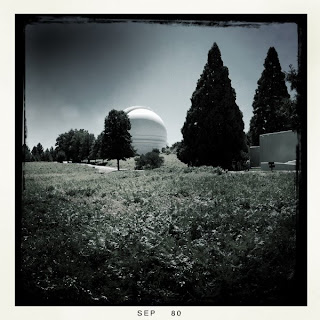 Love the pics!!!
Mom and Dad