Down on the Street - San Diego Car Lot Edition

Some sort of vintage British Armoured Car was spotted a few months back when I was down in San Diego for the Electra catalog studio shoot. This photo has been languishing in a file on my desktop for a few months. And since I have nothin' better to say at the moment, here's another installment of my stolen-from-Jalopnik.com Down On The Street. 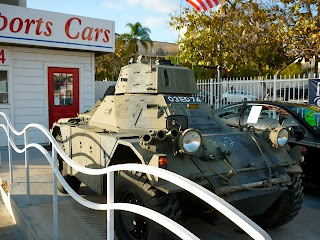 Far more useful and maneuverable than a tracked vehicle. How fun would this be - especially with even a fake weapon mounted on the turret. Don't you f-in' dare cut me off, you tool. 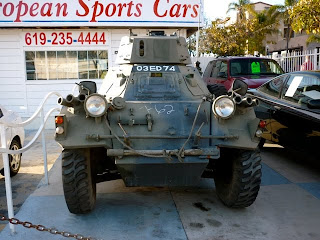 Equally fun playing around in the Ocotillo Wells Off Road Recreation Area, although you'd have to hope for a good A/C system and an updated (read: non-British) electrical system. 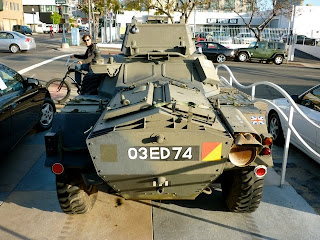 Email ThisBlogThis!Share to TwitterShare to FacebookShare to Pinterest
Labels: armoured car, Down on the Street, San Diego