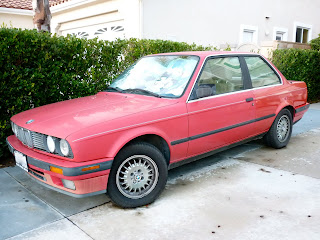 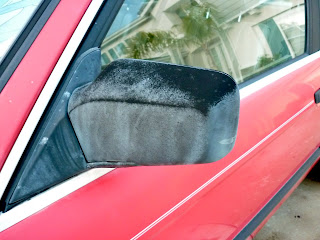 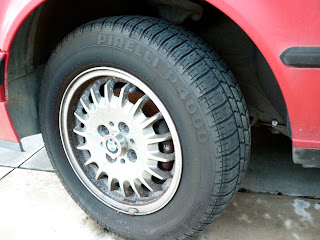 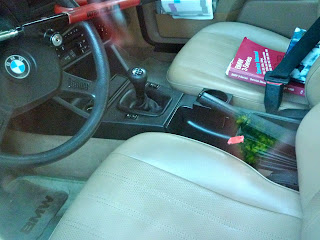 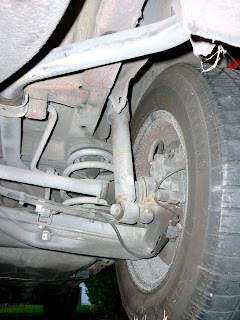 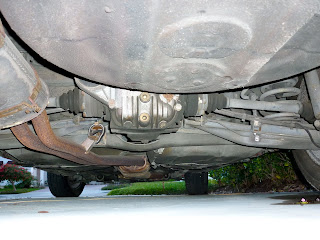 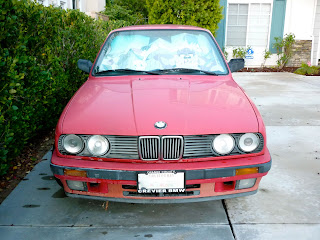 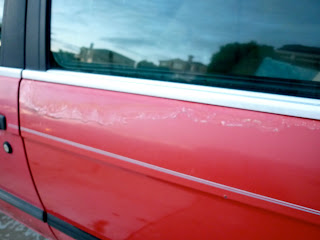 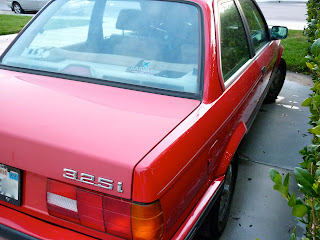 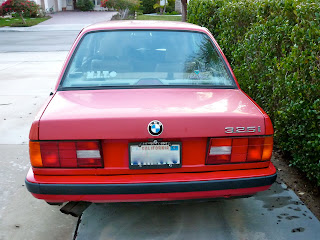 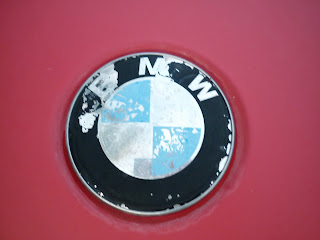 Could be a fun little runner. Thoughts?
Posted by Green Laker at 9:19 PM

Buy it! I'd be all over that! Big deal on the paint unless your wanting to show it, which knowing you, you're not. Are you looking to auto-X it?, build a canyon carver? The car looks solid.

Just get yourself some gold chains and a white suit jacket with pink Izod shirt (collar popped of course) and you're all set.

Seriously, I don't think you can go wrong.

What a shame. A classic case of Yuppie Neglect. OMG...My advice?Run away.Run far,far away. Too much work. If it hasn't been driven for "awhile"...There's alot more work than you'd imagine. Hoses, belts,seals...anything rubber. Nickle and dime you to death stuff.Paint alone will cost more than you paid for the car.Let a BMW mechanic or sleazy wholesaler buy it...Unless of course you buy it,gut it, put in a roll cage, race seat, do a little suspension work/wheels/tires and use it for some local SCCA Auto Cross...Maybe a BMWOC Willow Springs track day or two. Cheap weekend warrior street legal racer for $2500-$3000. DB